President Xi Jinping proposed Chongqing play a supporting role in promoting the Western Development Strategy, achieve new goals and make new breakthroughs to form a new pattern in the process. In this regard, what does Chongqing need to do specifically?

Xiong Xue, Director of Development and Reform Commission of Chongqing Municipality (abbreviated as “the Commission” below) expressed that Chongqing will play a supporting role in promoting the Western Development Strategy in the new era, as well as adhering to the combination of domestic and international opening-up policy, and domestic and international cooperation.

The Commission also participated in the preliminary survey of the Guiding Opinions on Promoting the Formation of a New Pattern for the Western Development Strategy in the New Era,  which was approved on the 7th meeting of the Leading Group for Deepening Overall Reform. Compared with the last round, the Western Development Strategy in the new era still attaches great importance to the improvement of infrastructure and the undertaking the industrial transfer from the eastern coastal regions. However, it is more important to boost development through opening-up, which requires Chongqing to make greater effort to expand opening-up and carry out regional cooperation domestically and international cooperation worldwide. 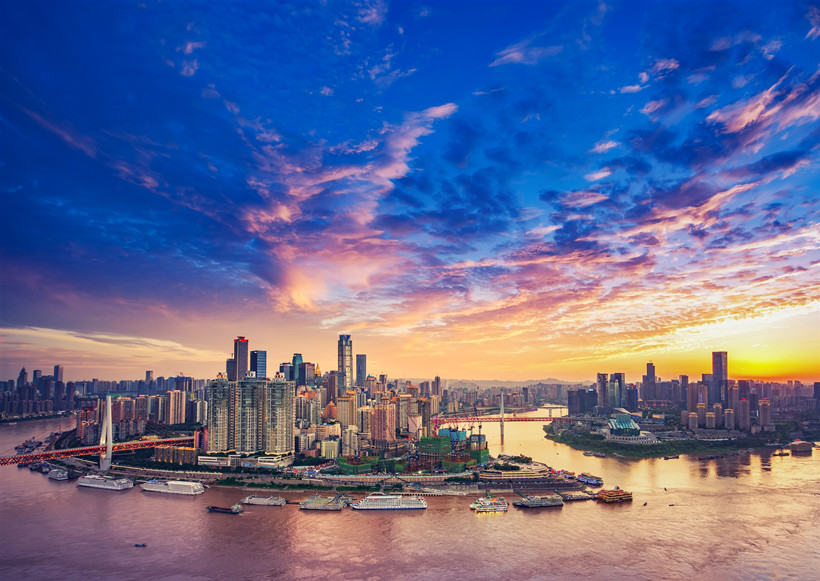 In the new round, Chengdu–Chongqing City Cluster is a key development area. Therefore, Chongqing should play a supporting role in promoting the Strategy, which will certainly lead to enhanced cooperation between Sichuan and Chongqing and promote the integrated development of the Cluster.

Chongqing will also sign strategic cooperation agreements with Dazhou, Guang’an, Suining, Ziyang, Neijiang and Luzhou of Sichuan Province to establish a cooperation alliance of neighboring regions for the integrated development of Chengdu–Chongqing City Cluster and boost integrated development in such fields as infrastructure, scientific and technological innovation, industrial coordination, ecological environment and market system. In addition, a series of economically coordinated regions will see the establishment in the neighboring regions (e.g. Wanzhou–Dazhou and Tongnan–Suining).

Zhang Zhikui, Director of Chongqing Municipal Commission of Commerce said that in response to the Strategy, Chongqing’s foreign trade should stick to the idea of “offering regional services for the whole situation” and keep speeding up its construction as an exemplary inland city of opening-up.

In the first quarter of this year, Chongqing’s total import-export value reached RMB 131.53 billion, with a YOY increase of 21.9%, much higher than the national average of 3.7% over the same period. Next, Chongqing will take several measures to maintain its leading position in Western China. To enhance and promote general trade, it will increase varieties, improve quality and cultivate brands. To boost processing trade, it will keep orders of electronic information stable and consistent and accelerate industrial transfer at home and abroad. To improve headquarters and entrepot trade, it will keep pace with leading trade enterprises, international logistics enterprises and modern supply chain management enterprises with strong radiation capacity, such as Fortune Global 500 enterprises, Top 500 Enterprises of China and top 100 enterprises in the industry. In addition, Chongqing will strengthen the service capacity for the collection and distribution of import-export commodities in midwest China and connect domestic and international markets, in order to build a distribution network functioning as “international purchasing and domestic distribution, domestic purchasing and global distribution”.