Over the two years since the establishment of China (Chongqing) Pilot Free Trade Zone (abbreviated as CFTZ below), the Liangjiang Area has endeavored to deepen the development of CFTZ in pursuit of an exemplary inland city for opening up by taking full advantage of its triple advantages including “The Third State-level New Area in China”, “The Core Area of China (Chongqing) Pilot Free Trade Zone” and “The Core Area of China-Singapore (Chongqing) Demonstration Initiative on Strategic Connectivity”.

At the second anniversary of CFTZ, the Management Committee of Chongqing Liangjiang New Area announced two impressive figures — 19,420 market players with a registered capital of RMB 367.2 billion in Liangjiang Area over the two years. As the sole municipality in Central-Western China, Chongqing is maximizing its regional merits to build an exemplary inland city for opening up, in a bid to boost the development of West China. Notably, a big push to advance the development of CFTZ is an important way for inland areas to deepen the reform and expand the opening-up. 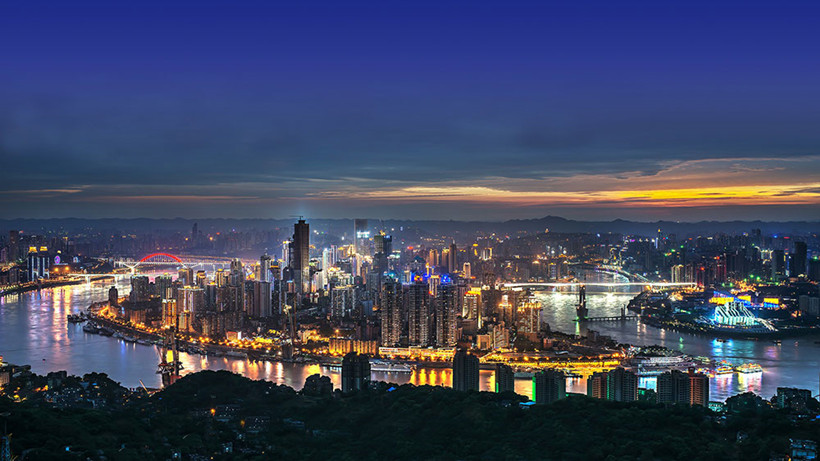 At the second anniversary of CPFTZ, there are 19,420 market players with a registered capital of RMB 367.2 billion in Liangjiang New Area.

In recent years, Liangjiang New Area has been playing its leading role in the integrated development in open channel, port, platform, and environment, thus fully supporting Chongqing’s plan to create an exemplary inland city for opening up.

Backed by CFTZ, Chongqing Strives to Forge a New Pattern of Opening up

With the first regular train of “New International Land-Sea Trade Corridor (ILSTC)” departed from Guoyuan Port on March 10, the Port has been fully available to connect with such international logistics channels as ILSTC, Golden Waterway of the Yangtze River and China Railway Express (Chongqing), which facilitates export of goods in a more efficient and low-cost way. Furthermore, the successful connection will also greatly enhance Liangjiang New Area’s radiation capacity to the goods of countries as well as provinces and cities along the “Belt and Road” Initiative, building the Area into a gateway for opening-up in inland China.

Recently, Liangjiang New Area concentrated efforts on Guoyuan Port’s improvement in its channel, port, and functions as a hub, thus accelerating the opening up of Guoyuan Port as the core. As of now, there have been 16 5,000-ton berths completed and put into use in the wharf apron. The port, therefore, has basically realized the development pattern of “port+logistic park”. The multi-modal transport of rail, road and water transportation has taken shape as well. Furthermore, it has a throughput capacity of 800,000 TEUs, 6 million tons of break-bulk/bulk cargo, 700,000 commodity vehicles (roll-on/roll-off), and 5 million tons by rail.

Insiders reckon that the favorable system will help the Area to build an international logistics hub and exemplary inland city for opening up. In January this year, the foundation stone laying ceremony for the China-Singapore (Chongqing) Demonstration Base for Multi-modal Transport kicked off at the Multi-modal Transport Base of Yufu Park, Chongqing Liangjiang New Area, marking another fruitful achievement in logistics for the China-Singapore (Chongqing) Demonstration Initiative on Strategic Connectivity (CCI).

Aircraft bonded leasing is one of the key businesses for Liangjiang New Area. The Area has embraced a total of eight leasing aircraft since the first introduction in December 2017. 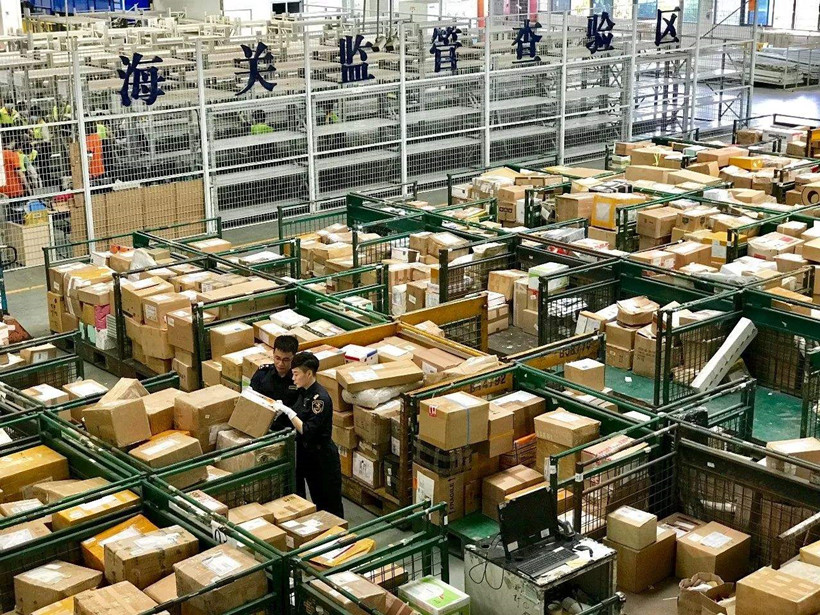 The sorting line of foreign trade

Next, Liangjiang New Area will also give full play to the synergy of the “Belt and Road” Initiative and the Yangtze River Economic Zone. Relying on CFTZ and CCI, as well as important open platforms including Guoyuan Port and Chongqing Lianglu/Cuntan Free Trade Port Area, the Area will push forward its construction of an exemplary inland city for opening up and create a new pattern of opening up in an all-dimensional, multi-tiered and wide-ranging way.