Chongqing- When it comes to the peony, many people may think of the Tang Dynasty (618A.D.-907A.D.), with the colorful Ornamental Peony in the courtyard which symbolizes luxury and great wealth. Literati and poets then indulged themselves in flowers and drinking, showing the extravagance in the heyday of peace. A poem of Liu Yuxi, a famous poet in the Tang Dynasty, reads, “Only the peony is really a national beauty with its bloom shocking the capital.” Being large in size and fragrant, the peony is also hailed as the King of Flowers. At the end of the Qing Dynasty (1636A.D.-1912A.D.), the peony was taken as the national flower, reflecting its obviously high status through Chinese history.

Dianjiang of Chongqing and the Landscape Peony Flower

As the birthplace of the Landscape Peony Flower, Dianjiang boasts a peony-planting history of nearly 2,000 years since the reign of Liu Che, Emperor Wu of Han Dynasty, hence some people call it the “birthplace of Chinese peony”. Gu Kaizhi is a famous painter in the Eastern Jin Dynasty (317A.D.-420A.D.). He marveled the Dianjiang Peony at first sight. After returning to the capital, Gu created the Nymph of the Luo River, which became a masterpiece collected by the imperial household. It was also the first work of peony in the history of traditional Chinese painting. In memory of this milestone, Dianjiang named one of its peony parks Kaizhi Mountain Tourist Area. 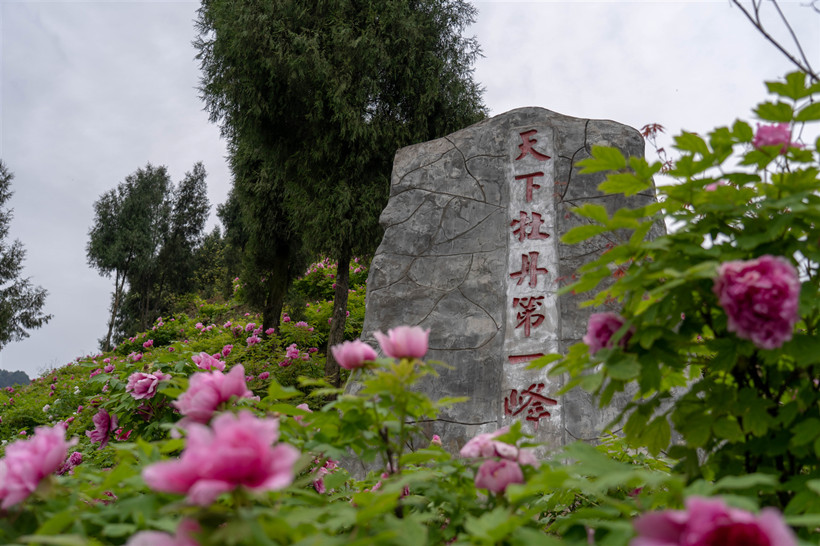 The unique climate and geology of Dianjiang make it the most suitable place in Southwest China for the peony to grow. The period from late March to early April every year is the best time to appreciate the peony in Dianjiang. More than 60 species of peonies covering an area of over 13.3 square kilometers will bloom in Kaizhi Mountain Tourist Area, Huaxia Peony Garden, and Peony and Cherry Blossoms World, turning the city into a sea of peonies that attracts numerous tourists. Most of the Dianjiang Peony is pink or white.

Both the flower and petals of the hemispherical Landscape Peony are larger than those of the Ornamental Peony. Dianjiang Peony ranks first in China in terms of the wild nature, fragrance, roots and fruits, and the quality of its root bark. It is with great development value which is superior to the peony of Luoyang and Heze. 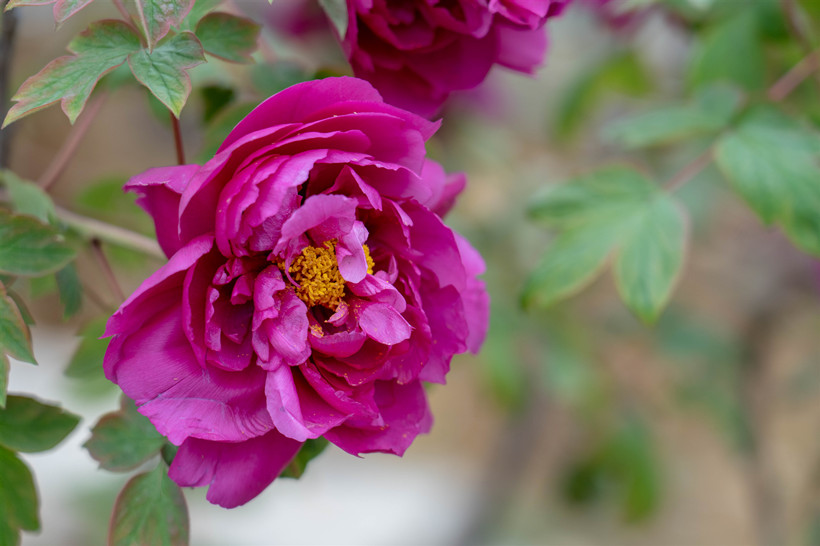 Peony flowers in Dianjiang have a great development value

Amazing Experience of Beer and Skittles

You may hear much shouting soon after entering the tourist area, which will lead you to a unique spring of shouting. The louder the shouting is, the higher the water will gush. When the sun comes out, a rainbow might shine in the sky -it’s just like a fairyland. 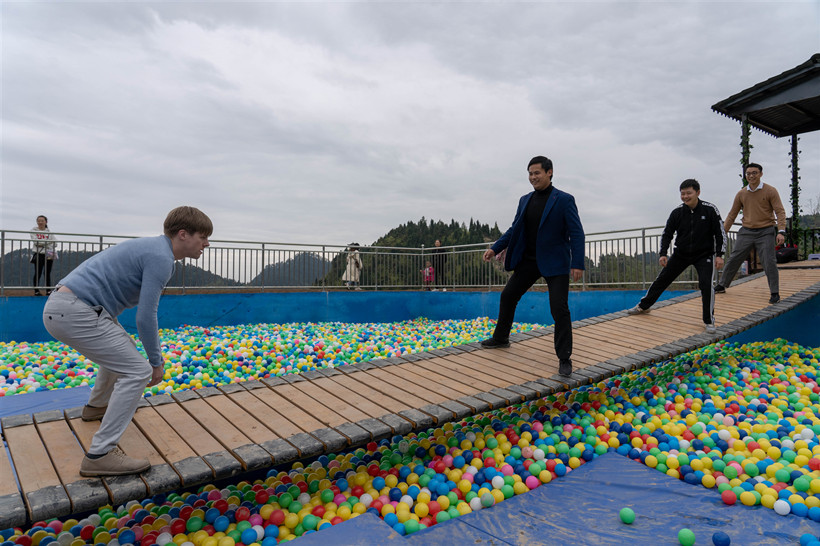 There is a shaking bridge halfway up the hill which is popular on Douyin, a short-video App. Players walk on the bridge without railings and sway to the music. As the bridge sways more violently, most of the players will fall into the sea ball below, and the last person stand on the bridge is the winner. This project is a test of players’ coordination, which is worth a shot for those who love sports. What’s more, the weightlessness of sliding down the rainbow slideway at the top of the mountain is relaxing but exciting. In addition, several projects are under construction, including the cliff seesaw, the cliff swing, and the slope sliding vehicle. Obviously, the tourist area aims to create a comprehensive landscape park for enjoying flowers and amusement.

Dianjiang is best known for its “Stone-Ground Tofu” in terms of the food. Through 7 strict steps of bean selection or chickpea from Dianjiang, soaking, stone grinding, filtering, pulping, thick gravy adding, and seasoning (24 kinds of condiment), this dish looks tender and glossy and tastes special. It is a delicacy worth-trying. To know more about this delicacy or perhaps grind the tofu with your own hands, please go to the Tofu Town of Dianjiang Peony and Cherry Blossoms World.