Adventure to the Underworld in Fengdu

Chongqing- I’ve long heard about the “ghost city” in Fengdu but never had the chance to take a closer look. Fortunately, the festivities at the annual Fengdu Temple Fair provided the perfect opportunity to experience the festivities as well as take a walk at night through the famous ghost city. It was way more than I ever expected. 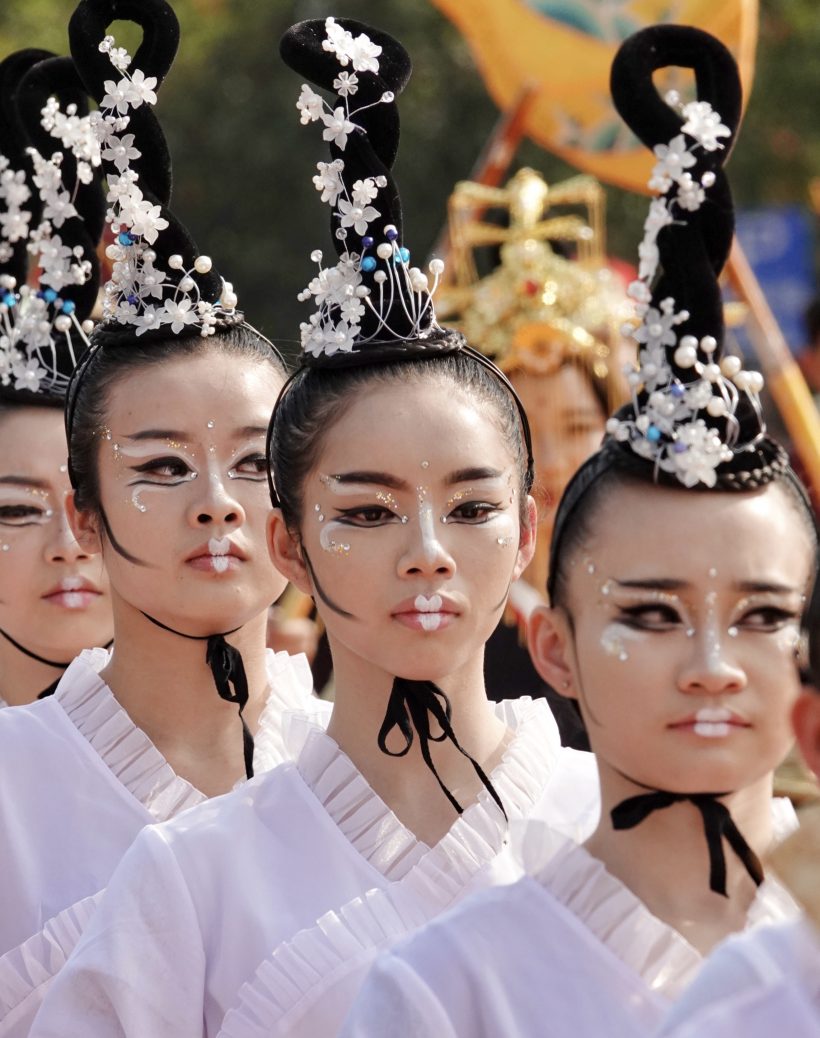 Actress in the temple fair

Fengdu, a city 170km downstream from Chongqing, has more than 2000 years of rich culture.  Around the time of the Han Dynasty, several Daoist monks established a temple on a mountain across from what is the main city of Fengdu today. They integrated “creepy” traditions into their Daoist rituals. After those monks supposedly attained God-like status, rumors and myths began to swirl around the legendary mountain.  Through the centuries, lore and myth accumulated on the mountain, leading to a literal “mountain of myths and legends.” Various temples and burial sites on the mountain eventually led to the “ghost city” that brave visitors see today. 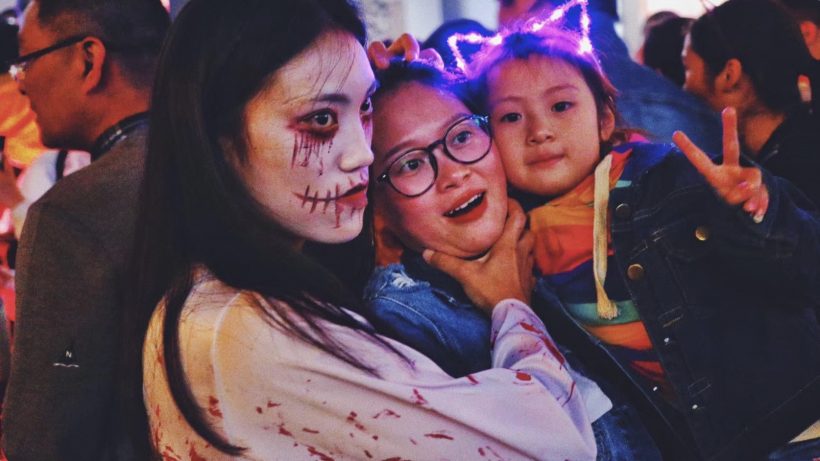 Actress acts like a ghost and takes pictures with tourists

The city of Fengdu was originally situated on the same mountain as the ghost city, but after the construction of the Three Gorges Dam, it was flooded.  The current city today is actually a reconstruction, fashioned after the legends of old as a tourist destination. It now faces the old ghost city just across the Yangtze River. Although a new city, the atmosphere overflows with exuberance and people eager to integrate old culture with business and people-to-people exchange. The temple fair serves as a symbol of the city’s culture and future, integrating past and present, east and west.

The temple fair itself consists of a mock sacrifice by the emperor and queen of the underworld. In the middle of an intersection, surrounded by thousands of revelers the emperor and the queen perform the ancient ritual. After the sacrifice and with booming voices, hundreds of subjects, dressed in ancient Chinese garb, formed a parade circulating through the main streets of Fengdu on western-style parade floats. A Mexican float and performers joined the festivities as well – a nod to a similar Mexican tradition of honoring the dead.

After the parade, I explored the ghost city at night. Like a cross between a giant haunted house, hidden mountain temple, and an outdoor party it was an experience I won’t soon forget.  The place was packed with tons of people. Families, friends and children (some shocked to tears) all wide-eyed at the thrills of this unique opportunity.  The sight of a ghostly beautiful woman clad in floating Han Dynasty robes strumming an ancient Chinese instrument on the mountain overlooking the glittering city of Fengdu is one that will be etched in my memory forever.