Chongqing Is Accelerating the Construction of Corridors to Foreign Countries

At the opening ceremony of the 2nd Belt and Road Forum for International Cooperation (BRFIC) on the morning of April 26, President Xi Jinping pointed out in his keynote speech that, China would make continuing efforts to jointly construct a connectivity network led by economic corridors such as the New Eurasian Land Bridge, taking the China Railway Express and New International Land-Sea Trade Corridor (ILSTC) as the framework, and relying on railways, ports, and pipe networks.

Under the guidance of President Xi Jinping, Chongqing seized the opportunity to play a leading role in promoting the joint construction of the “Belt and Road” Initiative (BRI).

By the end of March, the China Railway Express (Chongqing) has made 3,552 trips; the “Chongqing-Guizhou-Guangxi-Singapore” Rail-Sea Intermodal Passage, Chongqing-ASEAN Highway Regular Lorry, and railway-to-railway transport from Chongqing to Hanoi have respectively dispatched 854, 846, and 67 trains to 166 ports in 71 countries, with a total value of RMB 6 billion.

Cooperating with countries in Europe and Central/Western/Southeast Asia and joining hands with major provinces in Western China, Chongqing is developing into an inland international trade and logistics hub connecting the “Belt” and “Road”.

Golden Waterway of the Yangtze River

Guoyuan Port in Liangjiang New Area has become the largest hub of inland waterway, railway and highway intermodal transport in China. Until now, 16 5 kiloton berths at the wharf apron of Guoyuan Port have been completed and put into use. 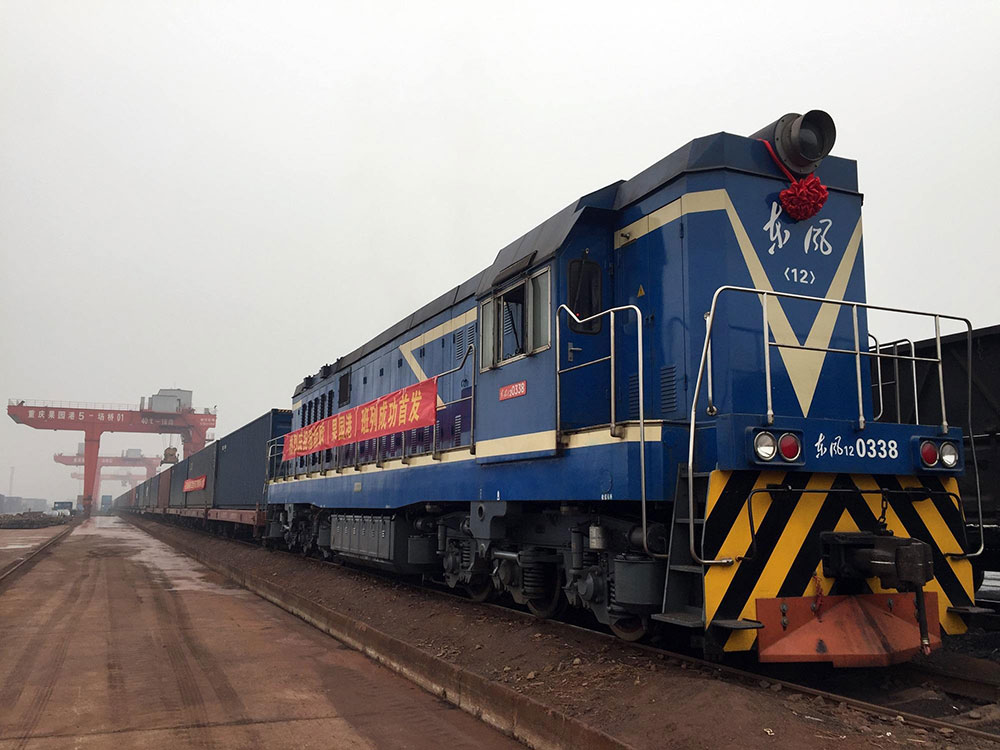 The railways in Guoyuan Port have extended to the port area and connected the China Railway Express (Chongqing) and the Yangtze River shipping.

It will give full play to the role of the Yangtze River as the Golden Waterway, to develop the multimodal transport.

The railways in Guoyuan Port have extended to the port area and connected the China Railway Express (Chongqing) and the Yangtze River shipping.

Thanks to the opening of the Lanzhou-Chongqing Railway, goods in the western regions have access to overseas markets through rail-water intermodal transport, further highlighting Chongqing’s role as the shipping center in the upper reaches of the Yangtze River. 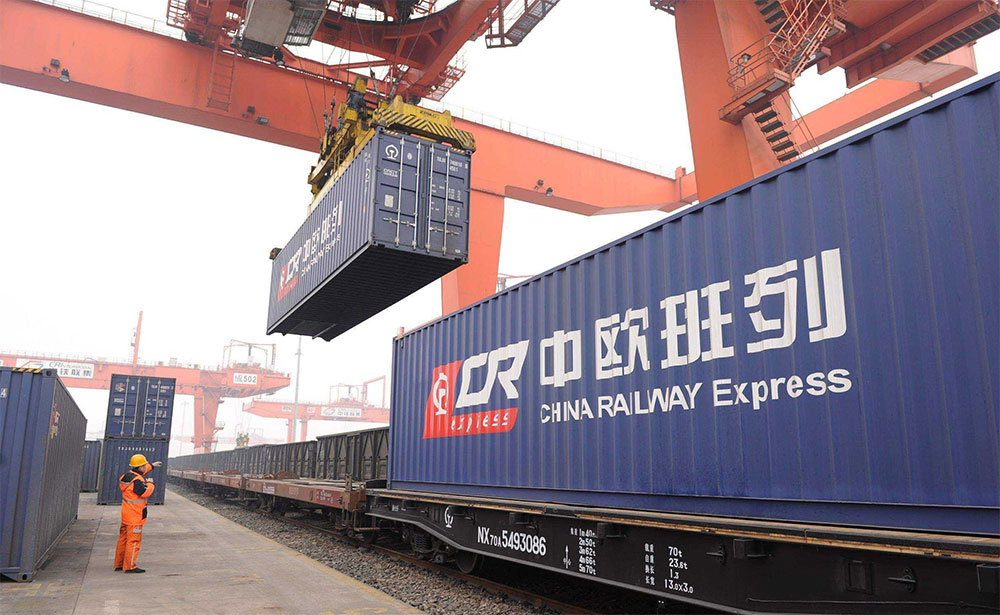 The latest data show that the China Railway Express (Chongqing) has dispatched trains to Duisburg, Budapest, Milan, and Mannheim. With 20 lines in operation, it has established marshaling/distribution points in more than 30 cities of 11 Asian and European countries, which is unprecedented in terms of the international railway mail transport. By late March, it has dispatched 3,552 trains, accounting for 25% of all China Railway Express trains, and it has achieved a total value of RMB 134 billion, ranking among the top of all China Railway Express trains. Furthermore, in the first quarter of this year, the number of its departures increased by 2.4 times year on year.

Chongqing plays a key role in co-building “ILSTC”, the operation of which enables Western China to embark on the journey to a new era of opening-up connecting the whole world. On January 7, the governments of Chongqing, Guangxi, Guizhou, Gansu, Qinghai, Xinjiang, Yunnan and Ningxia, four of which were new members, co-signed a framework agreement on jointly building “ILSTC” to discuss its construction and share its benefits together. At present, it has covered 166 ports in 71 countries and regions of six continents.

As of late March 2019, “ILSTC” has realized 901 departures, with the value of foreign and domestic trade totaling USD 430 million and RMB 2.31 billion respectively.

“YU-MAN-E” (Chongqing-Manzhouli-Russia) trains have realized normal operation, which departs from Chongqing Western Logistics Park, passes through Manzhouli northwards, and finally arrives at Moscow across Siberia. Since May 15, 2018, it has realized scheduled departures every Tuesday.

The implementation of the New International Land-Sea Trade Corridor under the China-Singapore (Chongqing) Demonstration Initiative on Strategic Connectivity (CCI-ILSTC) promoted cooperation between Chongqing and Singapore in aviation. Sino-Singapore Chongqing Airport Commercial Management Co., Ltd. has vigorously built the “Chongqing-Singapore Express” aviation brand since its establishment. By late 2018, the number of Chongqing-Singapore direct flights has increased to 14 per week, and the annual passenger throughput has increased to 193,000, building a convenient air corridor for China-Singapore connectivity.

Up to this February, Chongqing Jiangbei International Airport has opened a total of 84 international air routes, covering 63 cities of 27 countries in 5 continents, which include 54 ones connecting countries and regions along the BRI, covering 40 cities in 17 countries.