Chen Mengqi and other students from Thailand were listening attentively to their teacher explain how to operate the bullet train in the cab of China Railway High-speed (CRH) at the training base of Chongqing Vocational College of Public Transportation, April 19.

At present, there are 43 students from Thailand participating in the “2019 Thai High-speed Railway Technology Training Course” in the College. The main purpose of the project is to cultivate talent for the Sino-Thai high-speed rail project.

In recent years, in response to the “Belt and Road” Initiative (BRI), state-owned enterprises (SOEs) under direct administration of Chongqing Municipal People’s Government have been active in “going global” and “bringing in”. According to Chongqing State-owned Assets Supervision and Administration Commission, these SOEs have conducted foreign cooperation in technology and products, as well as investment and engineering construction, highlighting the characteristics of full participation and multi-wheel driving. 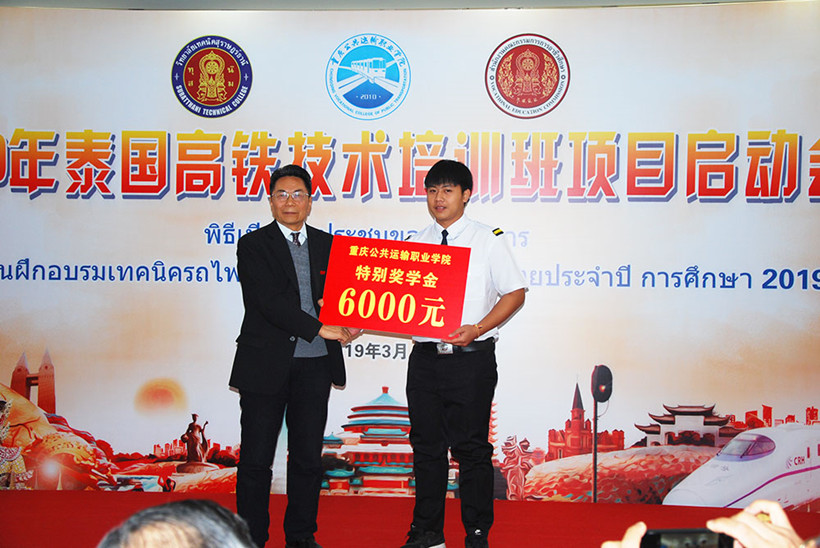 On April 15, loaded with mechanical products and mobile phone accessories, the container trucks of Chongqing-ASEAN Regular Lorry departed from Chongqing Highway Logistics Base and arrived at Hanoi of Vietnam on April 17. Compared with sea transportation, they saved nearly 15 days and the cost was about one-tenth of that of air transportation.

Meanwhile, a number of SOEs in Chongqing are making achievements on the BRI in various aspects.

Apart from “going global”, SOEs in Chongqing have also actively introduced strategic investors along the BRI and made good use of offshore funds to promote the integration and development of Chongqing municipal state-owned capital and other types of capital.