Chongqing – This year marks the 70th anniversary of the founding of the People’s Republic of China and it is also the 70th anniversary of the establishment of diplomatic relations between China and Hungary. Hungary is invited to serve as the guest country in the 2nd Western China International Fair for Investment and Trade (WCIFIT) during May 16th – 19th. The Hungarian government is actively promoting the construction of the Belt and Road initiative and carrying out cooperation in science, technology, education, culture, tourism, etc. with Chongqing.

According to Dióssi Lóránd, Consul General of Hungary in Chongqing, as the major guest country in WCIFIT, Hungary Consulate General in Chongqing has invited three Hungarian delegations including political delegation, culture delegation, and business delegation. “2019 is the 70 anniversary of the establishment of diplomatic relations between China and Hungary; therefore, we value the event, more importantly, this year.”

“For our politic delegation, H.E. István JAKAB, Deputy Speaker of National Assembly of Hungary, one of the top leaders on our national level, will come to WCIFIT” Mr. Dióssi introduced, “for the business delegation, we will have 70 entrepreneurs and 50 enterprises come to join in WCIFIT, which is a massive delegation as foreign guests”, he added. 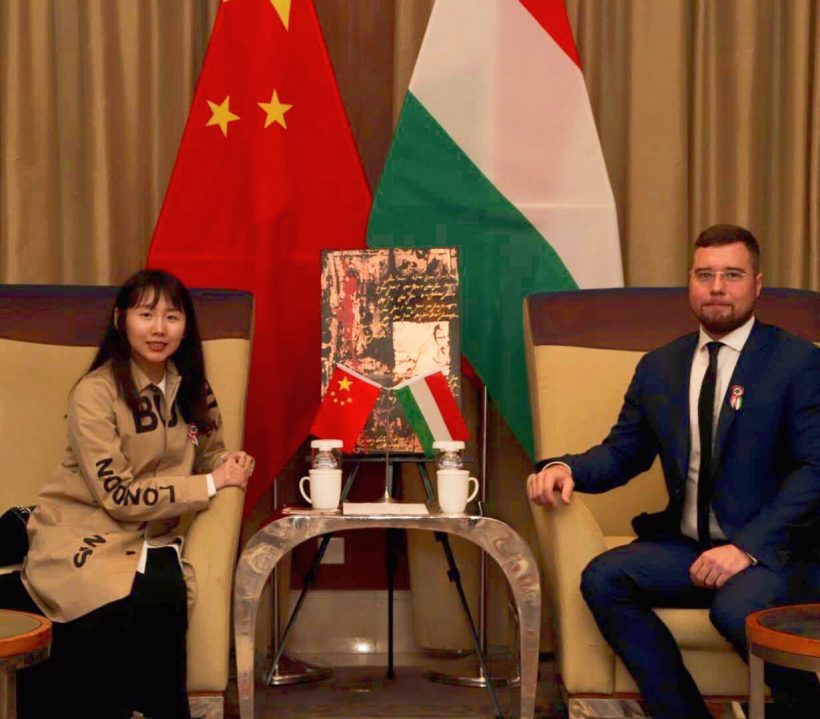 During the WCIFIT, there are 3 important forums will be held in terms of Mr. Dióssi. “The 1st forum will be Hungarian Tourism Intelligent Upgrade Exchange Promotion Conference and BFTK & AIWTC Cooperation Signing Ceremony, cooperated with Chongqing culture and Tourism Development Committee,” Mr. Dióssi said. The 2nd forum is The 2nd China-Hungary Hot Spring Industry Cooperation Summit Forum. “As part of our business delegation are focusing on the hot-spring in Hungary, and Chongqing is named as ‘worldwide hot-spring capital’ while Budapest has great hot-spring sources. They will come to Chongqing and looking for cooperation and potential. For this forum, we cooperate with Chongqing Hakone Hot-spring & Spa Group.” The 3rd forum is about the Cross-border investment and trade matchmaking, the main organizer is Bank of China, “this is a large-scaled international forum, there will be about 800-1000 guests in this summit. The Hungarian delegation will be the largest number of foreign guests in this forum” Mr. Dióssi indicated.

Dióssi Lóránd, Consul General of Hungary in Chongqing, in the interview with iChongqing in 2018

Demonstrated from Mr. Dióssi, “We will have a 300 square meters pavilion, which is the largest national pavilion in WCIFIT”, Mr. Dióssi said. During the WCIFIT, Hungary will highlight Hungary’s innovative technologies and products. At the pavilion, Teqball (table football) interactive games, Hungarian tourism experience, and more culture activities will bring interaction and showcase the Hungarian culture. The Hungarian pavilion will open to the public during May 16th – May 19th.