At 10:00 a.m., May 8, the normalized transport express with 125 vehicles departed from Chongqing Tuanjie Village Railway Central Station in Shapingba District. These Qingling light trucks made in Chongqing will reach Manila Port in the Philippines via Guangxi’s Beibu Gulf in 17 days. Compared with the traditional river-sea intermodal transport, the rail-sea intermodal transport saves more than 15 days on average.

The departure of this special train through the New International Land-Sea Trade Corridor (ILSTC) has laid a foundation for the export of Chongqing Foreign Trade and Economic Cooperation (Group) Co., Ltd. (CFTEC) this year. 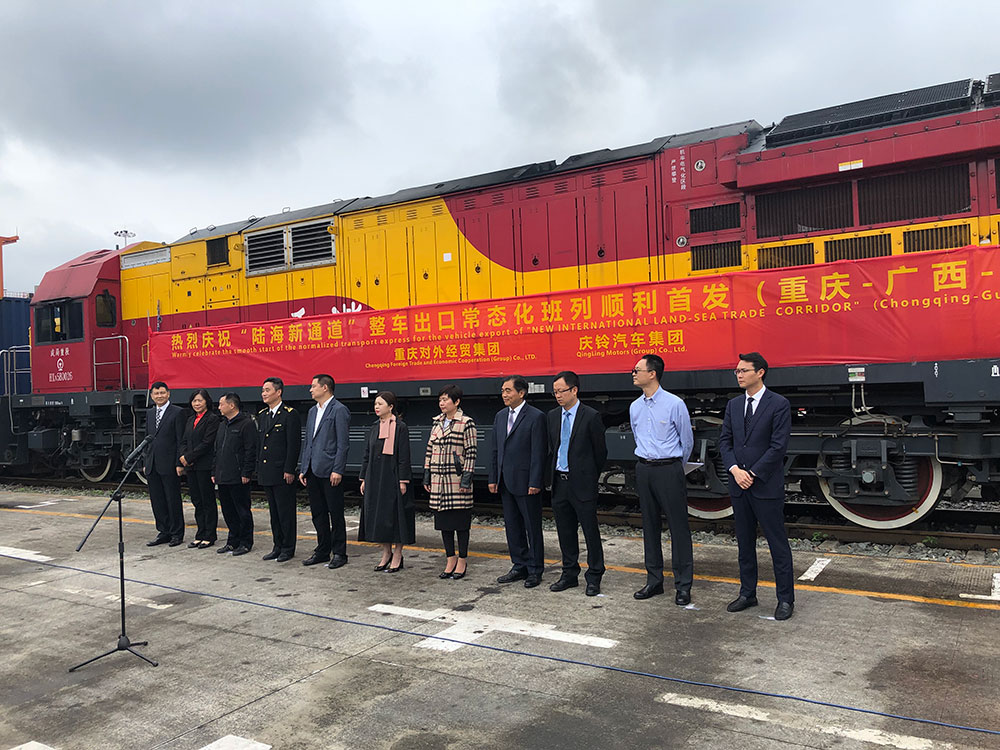 A train with 125 vehicles departed from Chongqing, through the New International Land-Sea Trade Corridor export to the Philippines in 17 Days

Half a month saved through land-sea intermodal transport

On the train are 25 40-foot containers, with a batch of 100P single-row vehicles purchased by Chongqing Foreign Trade Import Co., Ltd., a subsidiary of CFTEC, from Qingling Motors (Group) Co., Ltd. to export the Philippines.

According to Xia Zirong, President of Chongqing Foreign Trade Import Co., Ltd., “Qingling Motors has authorized us as the only overseas distributor without the territorial limitation worldwide, and we have obtained the export qualification of vehicles approved by the Ministry of Commerce. In 2019, our company will promote the export of Qingling trucks to the countries along the “Belt and Road”. Expectedly, we will export more than 3,000 vehicles worth about RMB 400 million to Southeast Asian, African and South American countries.”

“In comparison with more than 30 days to the Philippines based on the traditional way, it only takes half a month through the ILSTC.” Wang Yupei, Chairman of China-Singapore Southward Channel (Chongqing) Logistics Development Co., Ltd. (CSSCLD), introduced that this train would get to Beibu Gulf within two days, and then arrive at Manila Port through sea transportation.

CFTEC and CSSCLD signed the Cooperation Agreement on Co-Building ILSTC Trade Service Platform, which marks the formation of Chongqing’s first platform with extensive consultation and joint contribution for shared benefits. 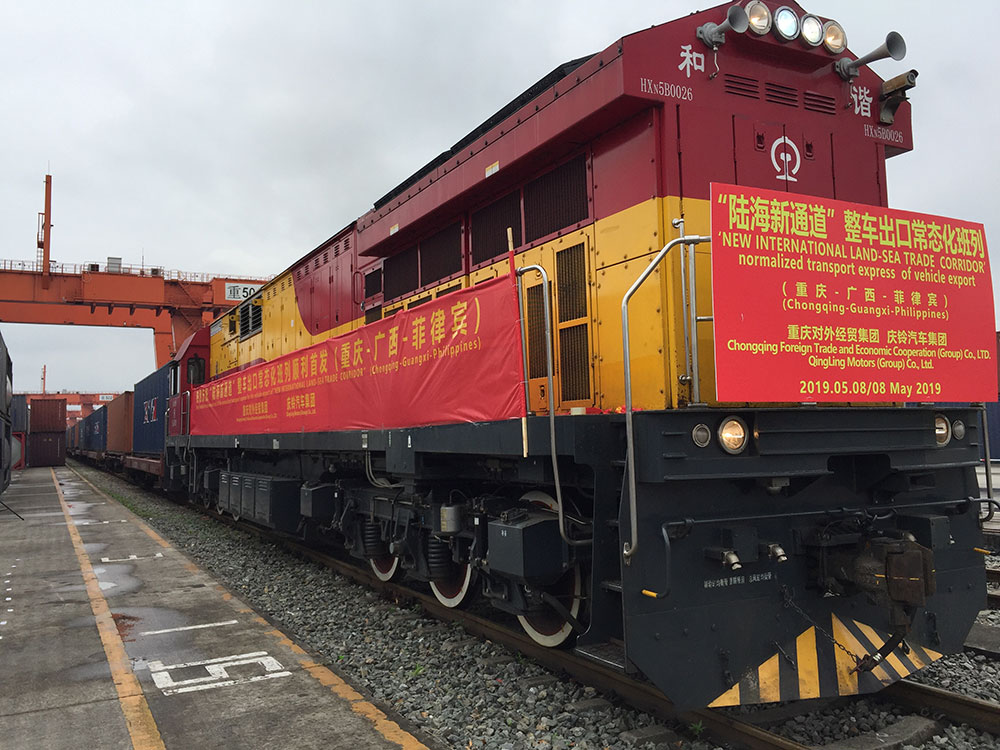 A growing number of multinationals have engaged in, promoted and benefited from BRI

“The remarkable results brought by China’s Belt and Road Initiative have given birth to international business opportunities of historic significance. Therefore, a growing number of multinationals have engaged in, promoted and benefited from this initiative.” Huang Lingcai, Head of Kingling Motors Philippines, Inc., expressed his reasons for seeking for cooperation in Chongqing. “Qingling Motors has proved the advantages of vehicles made in Chongqing with its products. CFTEC provides the best services, showing a favorable business environment in Chongqing. Furthermore, the train departed today is also a strong demonstration of the superiority of channels by the sea in the city.”

Effective promotion of the global competitiveness of Chongqing industries

According to CFTEC, this launch and signing ceremony aims to unblock channels, advance trade and develop industries. It will play a significant role in promoting the export of Chongqing vehicles, refitted vehicles and parts to Southeast Asia and even broader international markets such as America. With the joint efforts made to improve the competitiveness of Chongqing’s auto industry in the world, Chinese standards and technologies, along with products made in Chongqing can finally debut in the global market.

In his opinion, a win-win situation, driven by multi-cooperation, is taking shape at a fast pace and will boost the integrated development of advanced manufacturing and modern services in Chongqing.

All parties are working together to build this platform, so as to facilitate the transformation from “going global” to “bringing in”, and from “buying globally” to “selling globally”. The establishment of an inland international logistics distribution center will enhance the position and level of Chongqing in the global supply chain, industrial chain, and value chain.