On the afternoon of May 13, Wang Chenghua and Liu Gongyu, chefs from Chongqing, delivered a distinctive lecture on Chinese delicacies for Western-style Food students in Wellington Institute of Technology, which is a part of the China Tourism Culture Week 2019 in New Zealand. The contents include two parts: Recipes for the basic stock of Chinese hot pot and Xiao Mian (Chongqing Noodles). In addition, Chongqing’s cuisine culture attracted these students a lot. 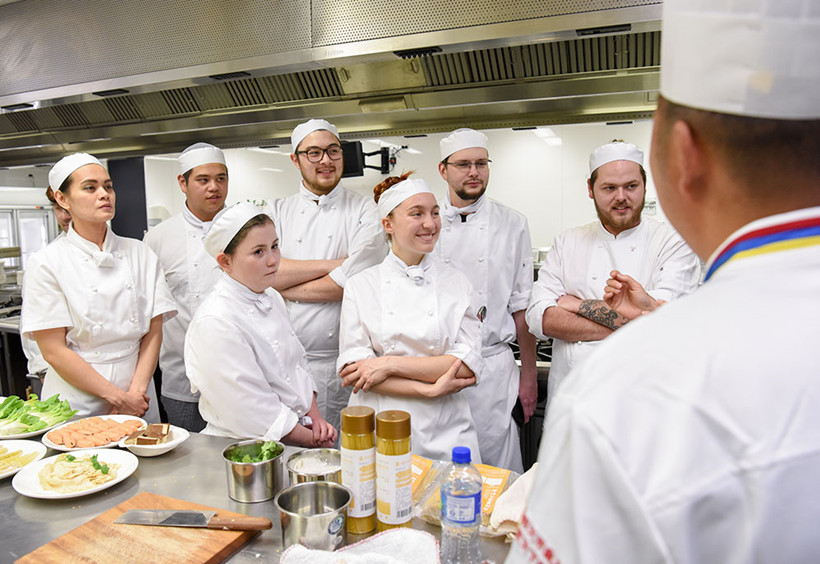 On May 13, there was a special lesson for Western-style Food students – to learn about Chongqing’s unique cuisine culture

While stir-frying the basic stock of hot pot, Liu Gongyu explained the names of ingredients and condiments and the cooking methods. Some students hadn’t seen fresh bamboo shoots before and called them unicorn; some of them asked for taking a sip of the so-called broth. Moreover, some even stuffed the medium-well noodles into the mouth and chewed over. The foreign students also felt challenging to understand why the bean curd knots, bean curd skin, and dried bean curds are all made of tofu for their totally different textures and appearances. 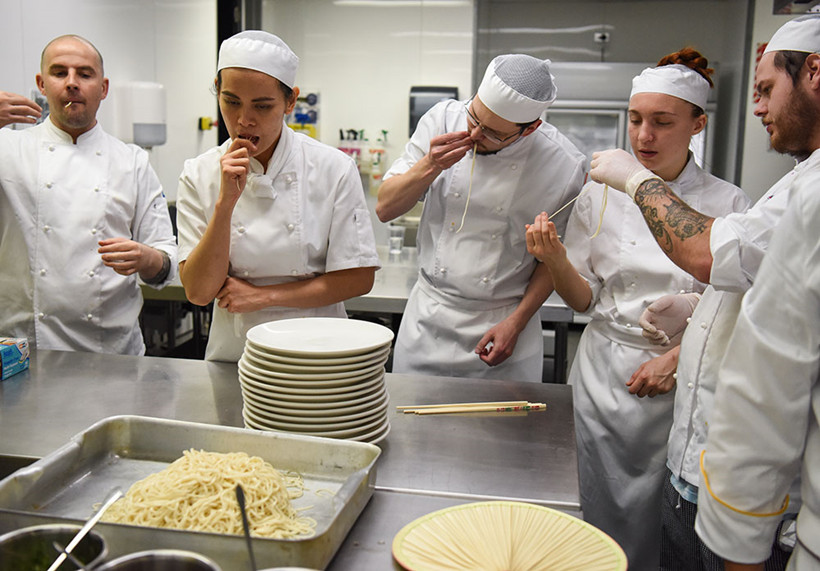 Cruz, one of the few female students in the class, showed great interests in the original flavors of ingredients. Tasted various kinds, she said, “Finally, I get to know the authentic Chinese food, whose recipes and tastes are totally different from those I had ever known.”

A student called Ben, who boasted a high tolerance to spicy food, just took a spoon of the soup base, then his face looked very weird. He strained to joke with others but soon rushed out of the classroom looking for cool water amid the roar of laughter. He explained, “The spicy taste is a far cry from all the curries I have known. It is too spicy for me, but I really enjoy such a strong taste.” 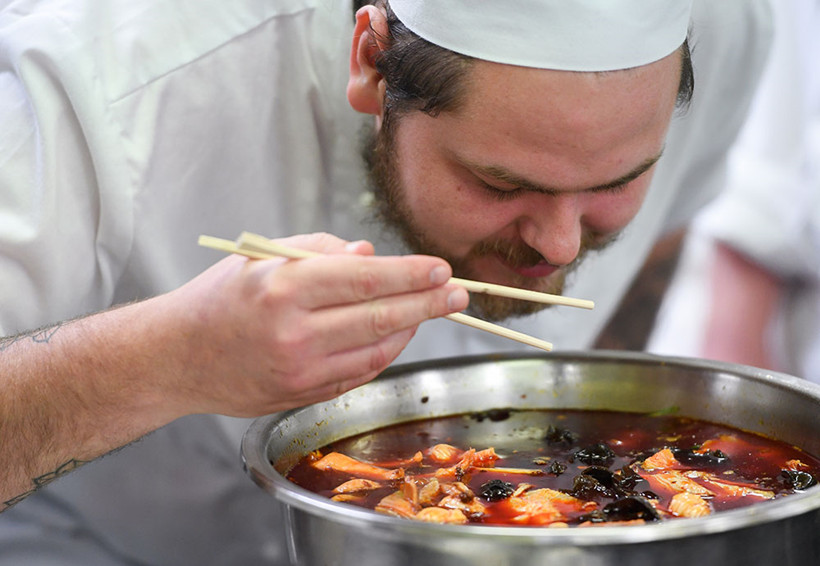 A student prepared to taste the hot pot broth

Ali, a trainer from Western-style Food class, always pinpointed some sharp questions, “How long does it take for this ingredient to be ready to eat, three or five minutes? What is the difference in cooking time for different ingredients?”

Wang Chenghua showed the centuries-old skills of quickly chilling the medium-well noodles: Picking noodles up with chopsticks in one hand while cooling noodles down with a cattail leaf fan in another. He also elaborated the importance of doing so. The specialty Xiao Mian — Cheng’s Cold Noodles in Sauce presented by Wang Chenghua features a composite flavor consisting of “sour, sweet, numbing, spicy, and pungent”. A student called Paul tasted a bite, and drops of sweat appeared on his face and nasal tip. However, he finished off the noodles ravenously and praised, “This Xiao Mian is so tasty. In the name of delicacy, China now is on my list of must-go destinations.” 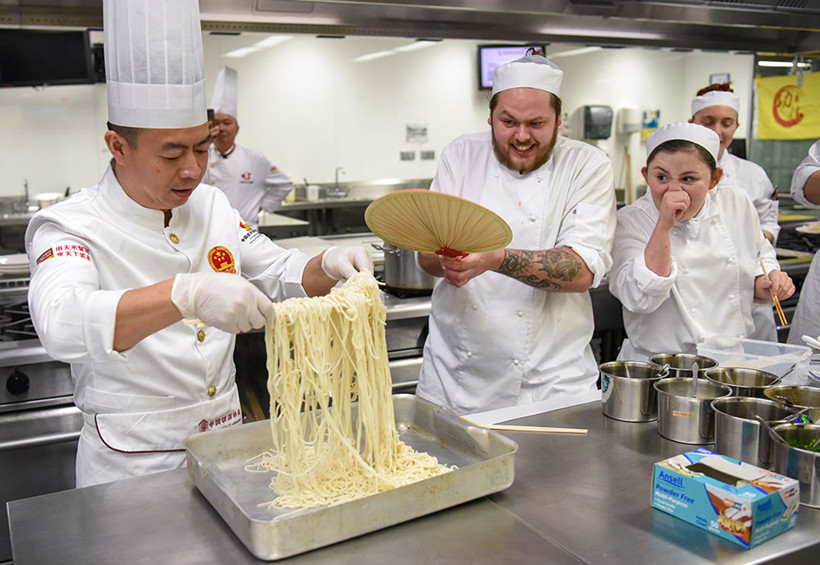 Wang Chenghua was teaching  how to cook cooling noodles