When mentioning museums in Chongqing, what will pop into your head? For citizens in Chongqing, they will think of the major ones, such as Chongqing China Three Gorges Museum, Chongqing Hongyan Revolutionary History Museum and Chongqing Museum of Natural History. How about the alternative ones? Have you ever heard of the museums of stone culture, wood carving, horizontal inscribed boards, and wireless order-given station? Walking around these distinctively-interesting ones will enhance your understanding of Chongqing.

A single piece of stone of the Yangtze River is the embodiment of abundant culture. Situated in Yudong Subdistrict, Banan District, Chongqing Yangtze River Stone Culture and Art Museum features the interpretation combined with poetry and paintings. Poetry reading and painting appreciation are available to visitors when they come to look at the rare stones. The nearly 400-square-meter exhibition hall contains more than 2,000 quality stones of the Yangtze River, 120 of which have won awards at international and national stone fairs, including 30 gold awards. 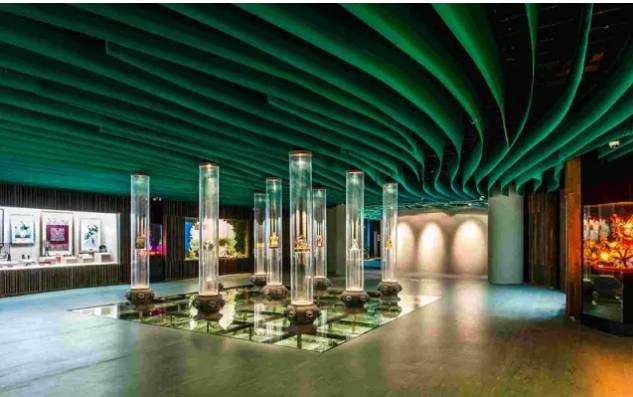 The Most Treasure: Three Rare Stones for Trilogy of Love and Marriage

Address: Inside the Residential Building, No. 56, Xinnong Street, Ba’nan District

As the first industry-themed museum, Chongqing Police Museum covers a total area of 4,176 square meters, with an exhibition area of 3,000 square meters and a collection of more than 3,000 cultural relics. Based on the idea of combining chronicles with themes, it has set one lobby and 12 exhibition halls for the history of public security, inner security, national security, a criminal investigation, public security, prisons, fire control, transportation, and heroes. The museum can accommodate 400 visitors. 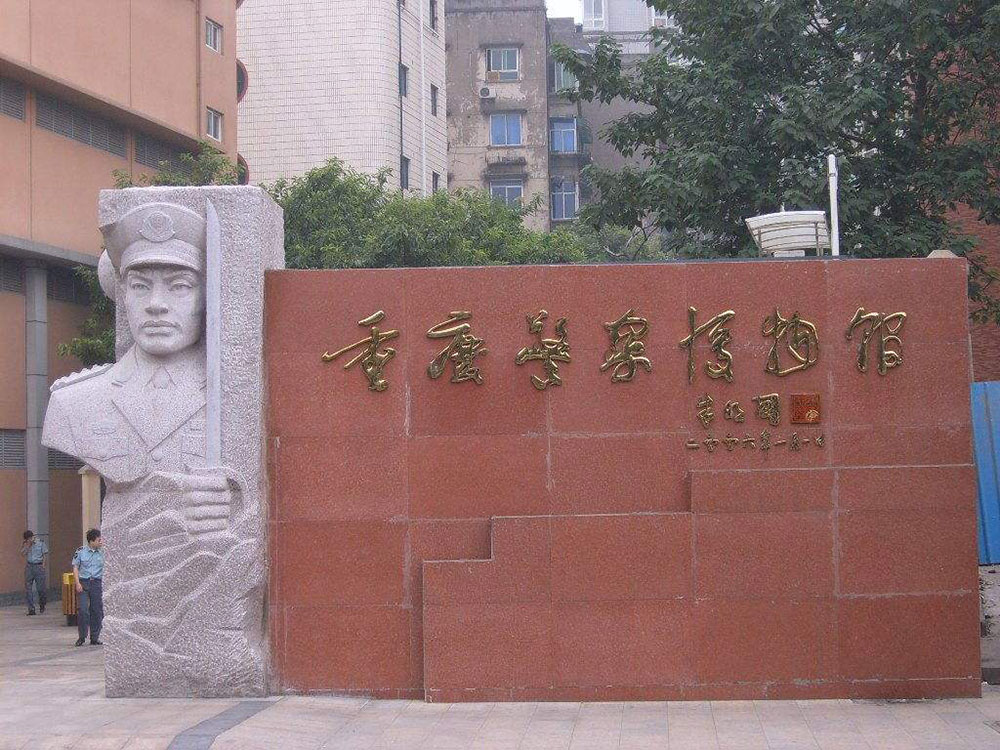 The Most Treasure: Wood faucet at the end of the Qing Dynasty and the gore-covered wear of Hero Lu Zhenlong

Located in Jianlong Town, Bishan District, Dayuanxiang Museum was rebuilt from the bankrupt Bishan Ceramic Factory. Based on the original five workshops, the museum covers the categories of Buddhist statues, stone carving artworks, horizontal inscribed boards, architectural wood carving works, and furnished wood carving works. Each workshop is full of a variety of exquisite collections. For the wood carving works, they can return to the original condition of more than 100 traditional residential houses with different styles in different eras and regions in China. 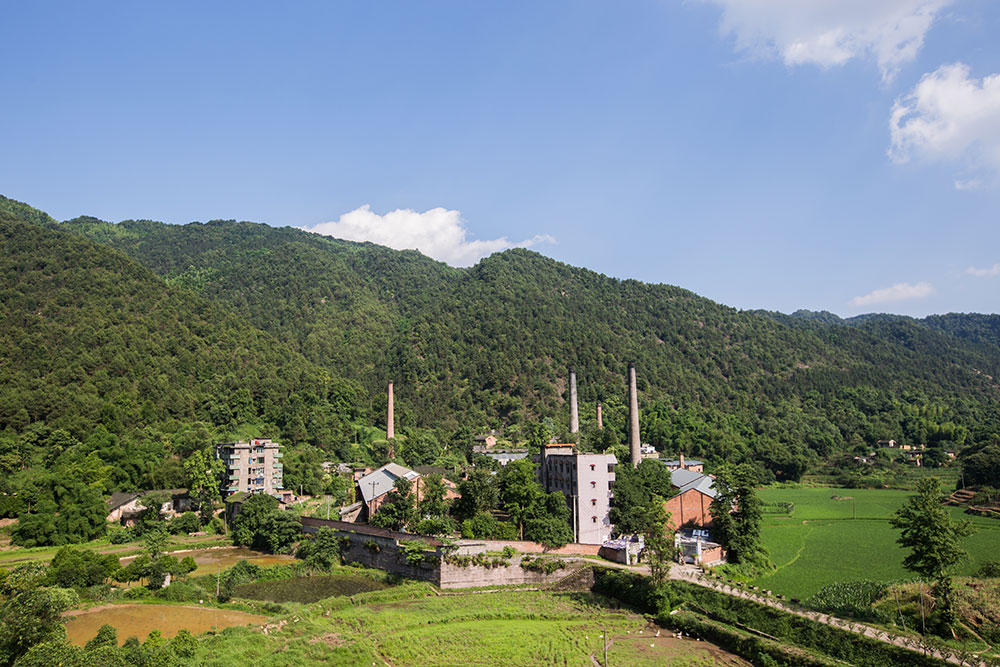 Occupying an area of over 8,000 square meters, Baolin Museum has a total of 6,880 collections. Most of them deserve to be national treasures, including the bronze spear with the paisley pattern of the Eastern Han Dynasty, Tubo-language Buddhist sutra of the Tang Dynasty. All come from the family of Curator Chen Baolin. There are 10 permanent exhibition halls to display a dozen categories such as ancient fossils, stone carvings, bronzes, ceramics, calligraphy and paintings, ancient rare books, rubbings, coins, stamps, furniture, arts, and crafts. With a long time span, those collections cover many varieties, most of which are of high quality. 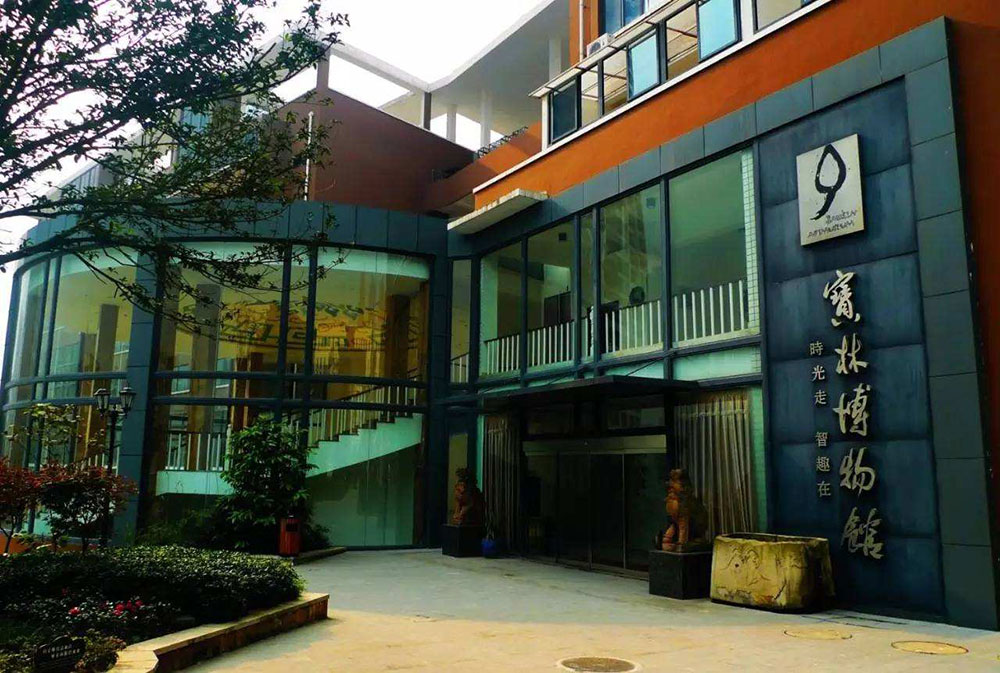 The Most Treasure: Enamel imperial pillow of Emperor Qianlong

Chongqing Museum of Famous Historical Figures is the showcase of 200 local or immigrant eminent persons in history. Through various artistic expression methods including sculptures, oil paintings, print, multimedia film, and television, it offers a vivid understanding of the life stories of these figures as well as the vicissitudes and historical changes of Chongqing over the past 3,000 years.

There are more than 3,000 precious plaques of famous figures in different periods, including Calligrapher He Shaoji of the Qing Dynasty, Beiyang Minister Li Hongzhang, and Zuo Zongtang, the military leader of the late Qing Dynasty. 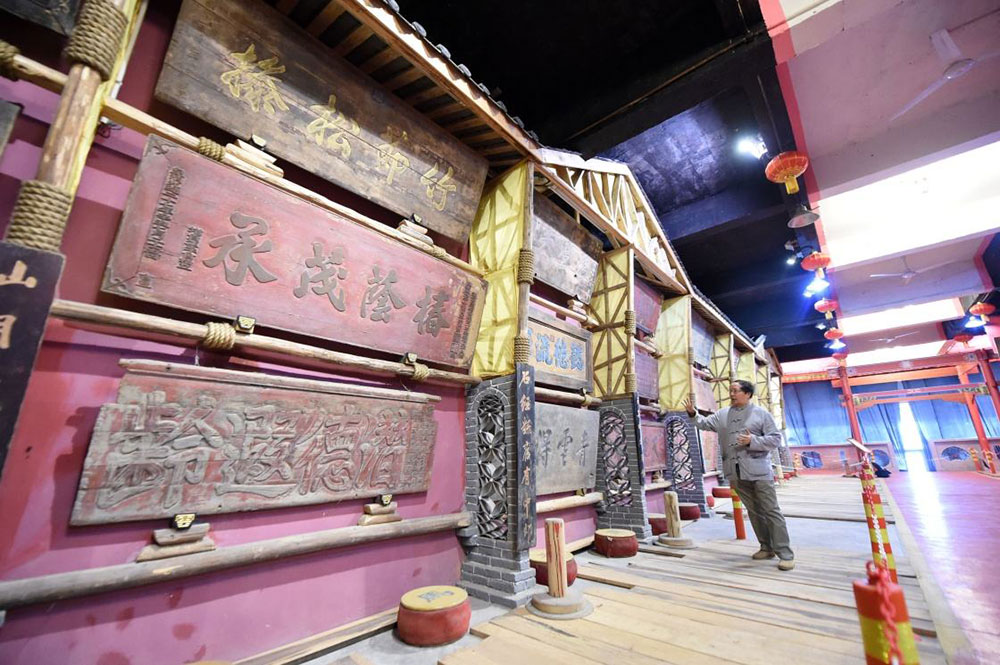 Chongqing Flying Tigers Museum showcases a number of precious texts, pictures and cultural relics relating to the historical facts of the War of Resistance. Therefore, it provides vivid examples of education in patriotism. This place receives tens of thousands of foreign guests from countries such as the US, the UK, and Australia each year. 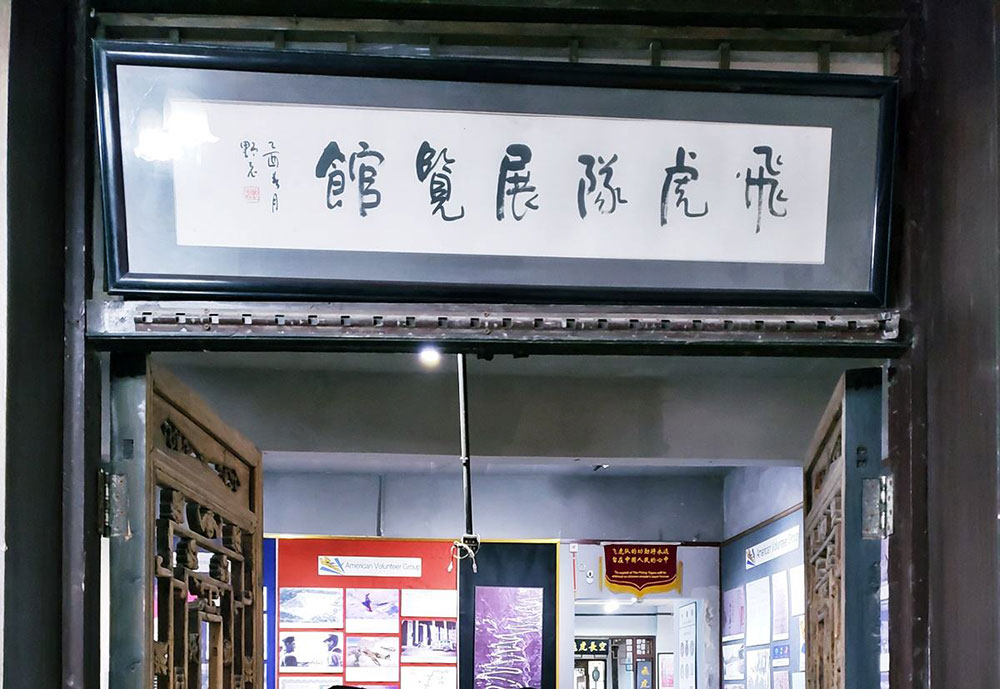 Ming Yuzhen was a leader of the peasant uprising troops and established the rebel Empire of Xia (Great Xia) during the late Yuan Dynasty in China. This gallery displays the inner and outer coffins, gold and silver vessels, and epitaph (Xuangong Zhi Bei) excavated from the tomb of Emperor Ming Yuzhen, as well as other cultural relics and materials about him. In this gallery with an area of over 300 square meters, citizens can gain a deep understanding of Ming Yuzhen’s stories through numerous pictures and historical materials. 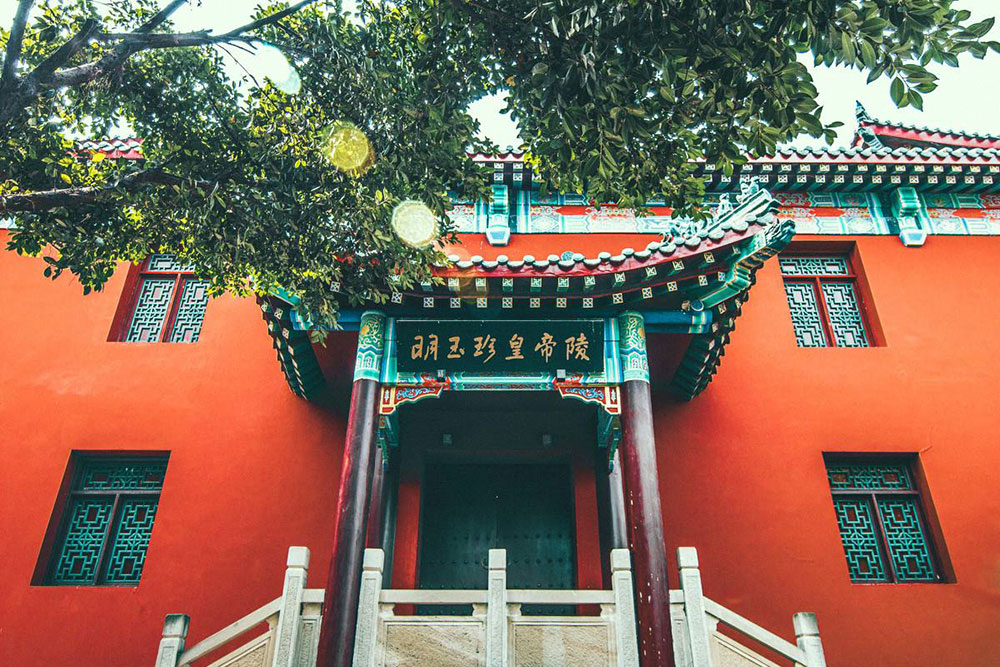 350 historical objects and photos are on display in the 700-square-meter exhibition hall. The year 1886 marks the first entry of the telegraph line into Chongqing. There are the devices that Chongqing telegraph has used since the arrival of wire telegraph service, the launched products, and the photos for historical moments. The first wireless order-given station in Southwest China lies in the museum, which also boasts more than 300 material objects such as telephone booths, phone cards, and the terminals used in wireless communication. 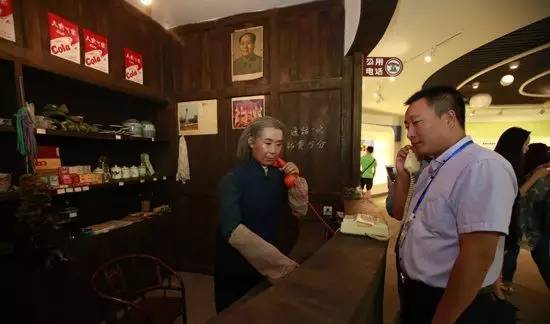 The exhibition halls open to the public cover five themes, namely, historical relics, calligraphy, and paintings by famous people of all ages, picture bricks of the Han Dynasty, southwest folk furniture, and horizontal inscribed boards. The wooden shrine of the Qing Dynasty collected in this place enjoys the title of the greatest shrine in Chongqing. 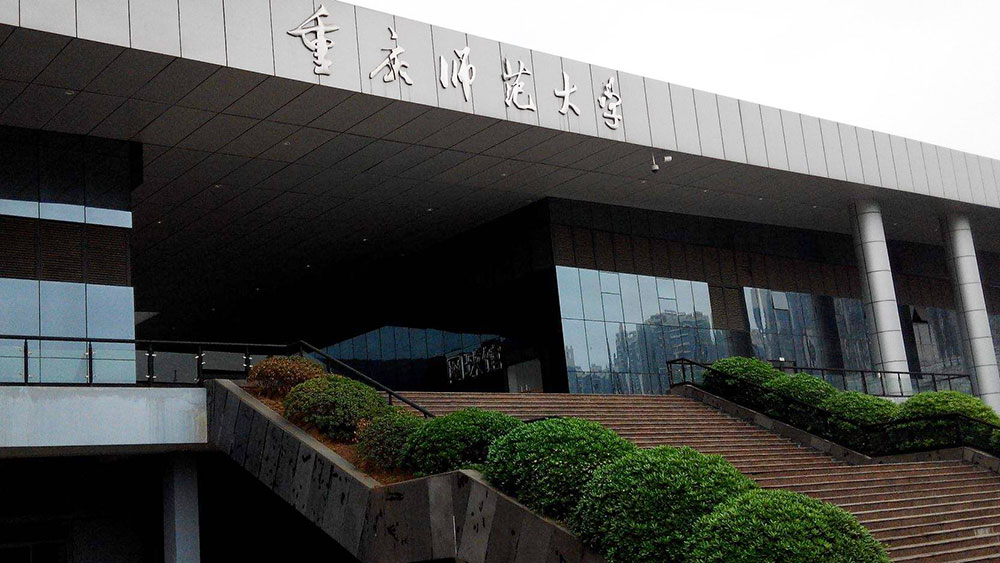 Chongqing Human Life and Health Museum is the first professional medical museum in Southwest China. The exhibits focus on the models of the human body and organs, the relationship between organs, structure, functions, and metabolism, as well as on the normal physiological indicators of the human body. Visitors can, therefore, have a more comprehensive understanding of the human body. 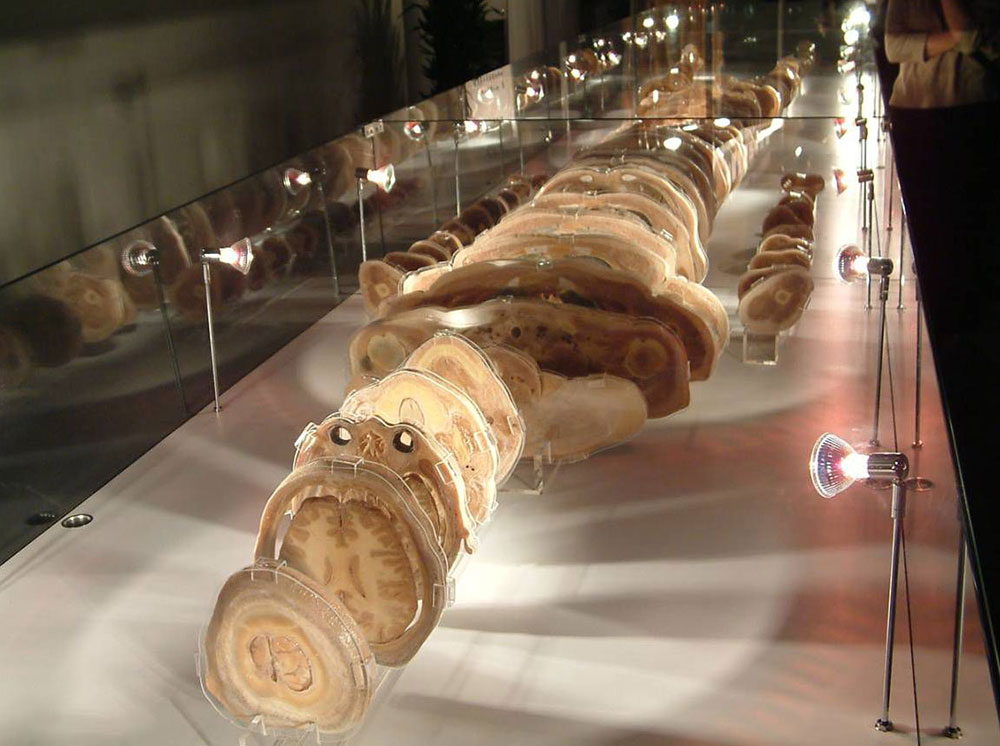 Opening Hours: 9:00-16:00 (Saturday, closed at 15:30), and the opening hours during summer and winter holidays will be further noticed.

History Museum of Southwest University has more than 9,000 pieces of collections mainly allocated from museums such as Sichuan Provincial Museum and Chongqing Museum. In addition, there are also a large number of fine cultural relics which embody Bashu culture. The collection includes 11 types, such as stone tools, ceramics, bronze ware, iron ware, coins, calligraphy and paintings, and cultural relics of ethnic minorities. According to preliminary appraisal, it has many national first-grade cultural relics, about 20 second-grade, and nearly 100 third-grade. 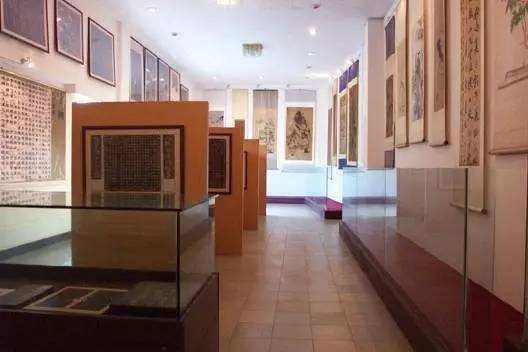 Opening Hours: Uncertain; the community group needs to make an appointment before visit