Chinese GaoKao: A Critical Role in Our Children's Dreams

Chongqing – In 2016 writers Steve Greene and Michael J. Gallagher wrote an action thriller called The Thinning about American high school students taking college preparation exams where the stakes were literally life and death. It was widely criticized in the west for being unbelievable, with only a 62% audience score on Rotten Tomatoes, The Thinning wasn’t critically acclaimed, but it does seem like writers Steve Greene and Michael J. Gallagher heard a story about our Chinese GaoKao (college entrance exams)  and let their imaginations run wild into the lands of horror and fantasy for the silver screen.

What’s the significance? This week we hosted a real-life Thinning, here in Chongqing, with almost as serious stakes. The nationwide GaoKao took place June 6-8 and residents of Chongqing might not have noticed, only that it was a little quieter than usual, as the considerate citizens of Chongqing tried not to bother the studious test takers.

Zhang Yidan studies from morning to night to prepare for the GaoKao exam, a chance to live her dream and become a doctor in China

“It’s always on June 6-8,” said Senior 2 student Zhang Yidan, from Number 29 High School in Jiefangbei, downtown Chongqing. “It’s a play on words, Liu Qi Ba means both 6-7-8, also, for good luck, means you’ve been admitted (to school).” China’s GaoKao exams for college entrance are markedly different from American SATs or other western admittance systems. “China’s college entrance examination is difficult, and you need to study for a long time, you must work hard. So it is the first step in determining your future,” Zhang Yidan said. “Everyone wants to take a good university. Everyone has a special effort to study. In this case, I can only add a little more oil, and just attending classes at school, it is not enough to complete the homework, I will also go to the tutoring institutions in class after school.” This explains why she studies from 7 am until 11 pm every day, five days a week. She wants to become a doctor in China, but for now, even her weekends are packed with special tutoring classes to improve her English, Math, Sciences, and Chinese. This summer, she will spend half her summer holiday holed up inside a special campus of her school to cram even harder to take next year’s GaoKao exam. 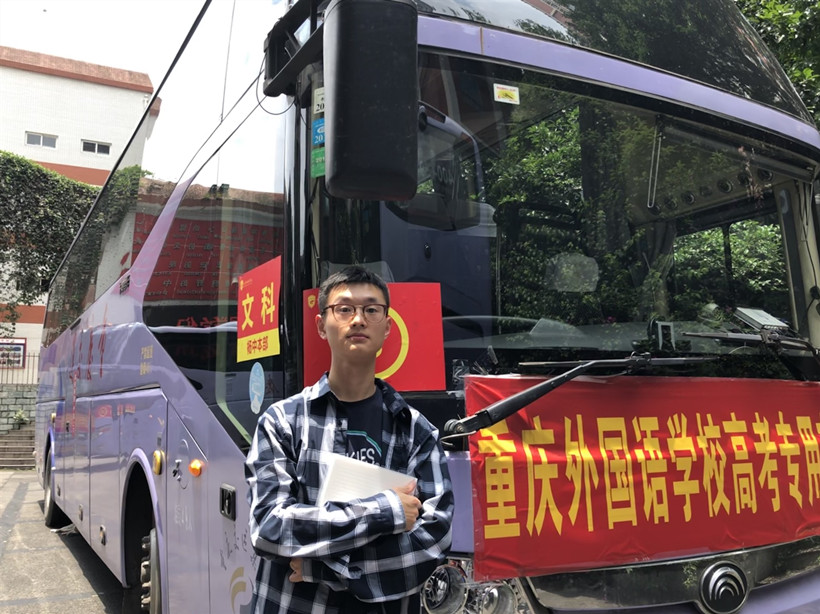 Wang Shengyue, from Chongqing Foreign Language School, is preparing to study Liberal Arts and Humanities at Charles University in Prague but wrote the GaoKao anyway, because in some ways his whole life in China has been about preparing him for that moment. He feels positive about the intense three-day marathon of testing that can, for many, determine their place in life afterward – from a top university and very desirable jobs, to a vocational college, or no college at all. “(the GaoKao) is neutral, objective, and fair,” said Wang. “It enables (a) fair run where students from different social backgrounds are assessed by the same standard, regardless of other factors.” Wang described his GaoKao prep as, “nothing special other than revision. You know it’s all about revision, and you take pains to work through your exercise books, piles of exam papers and other study materials. You revise, recite, redo, regain, so much like a race for memorizing and utilizing what you learned.”

One of the significant stresses of the GaoKao is the fact that, unlike the SAT that can be taken, again and again, you only have one chance to take it. If you fail, you have to go back and study for another year to take it one more time, and for many young people, this is an unacceptable waste of time and too much stress in a very competitive country. Some western teachers (who did not want their name on record) reported that they feel it is too much stress for Chinese children. Others argued it’s a realistic path for success in a competitive global marketplace, and the relaxed western path that leaves times for hours of TV and video games every day is not proven to yield the same kinds of results.
Many buildings were locked down in quiet mode this past weekend, and stories circulated of police escorting students to GaoKao when they’re in danger of being late. It’s an unfathomable amount of academic pressure for the Western mind to fathom. 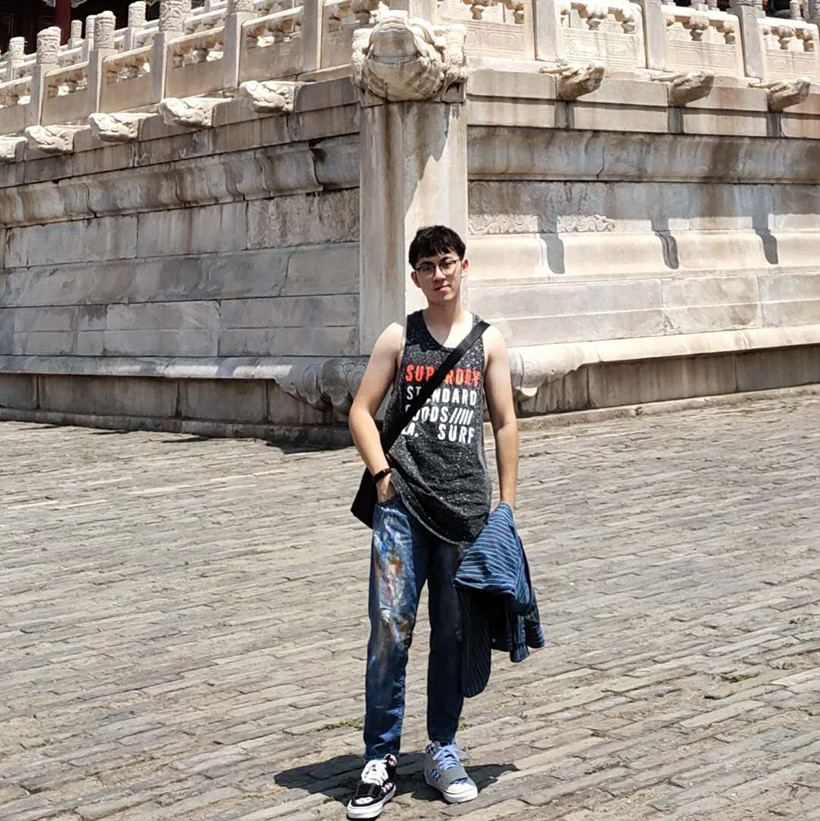 Some students choose to bypass the whole process by taking an international program, such as the AP program offered by CQFLS and some other international departments in Chongqing. “For those who are willing to study, the workload is as much as the traditional GaoKao Stream,” said Chen Qiwei, a recent CQFLS graduate who must have studied hard, for he won a 2,000,000 full ride RMB scholarship to prestigious NYU Abu Dhabi. “AP programs can (also) replace some credits in college… they were really useful for me. I was very prepared for my college life. The AP program was a pretty wise decision.” 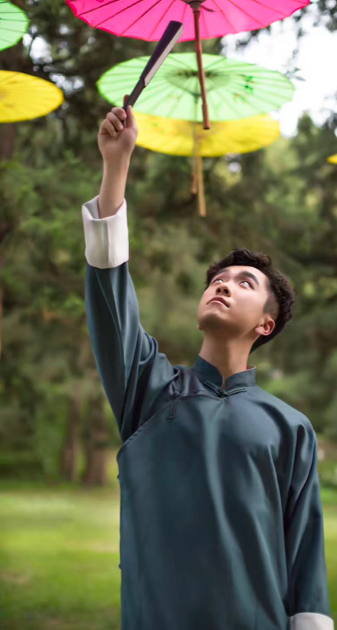 Nick Cheng considers himself a global citizen after studying in LA, Hong Kong, and Milan

For some, the choice is more personal. “I think I had more free time discovering my different interests compared to my friends who took the GaoKao,” said Nick Cheng, who’s just finishing a World Bachelor in Business, a triple degree undergraduate business program coordinated by the University of Southern California, Hong Kong University of Science and Technology, and the Università Bocconi in Milan, Italy. “I was pretty productive since I finished the SAT, SAT subject tests, APs, TOEFL test with the help from the teachers… There were also opportunities to participate in competitions and free electives. After spending one year each in Los Angeles, Hong Kong, and Milan, I’m very happy with my decision. I think the AP program at CQFLS had given me the skill set to become a global citizen with an open mind and fast learning capability.”

“The students in Gaokao stream learn their knowledge by taking lectures, and the main source of knowledge is from teachers. In AP program…Students (also) have to discover new information by participating (in) out-of-campus activities such as FTC Robotic Competitions,” said Lu Hongbo, who flew to Beijing in his high school career in Chongqing to attend a national Robotic Competition, that helped ignite his passion for engineering. “There’s no definite advantages or disadvantages between the AP program and Gaokao. In fact, it is just the difference of ways in obtaining knowledge,” said the Purdue University student.

Ultimately, the sheer numbers of Chinese test takers and the legendary stakes of the GaoKao aside, tests are tests, and students will thrive regardless. That said, let’s be kind to students, for not knowing the many battles they face, they might be excused for being a little tired in class or around the dinner table this week.