To improve the planning of urban rail transit network, a reserved channel for ultra-high speed maglev trains at 600-800 km/h is planned between Chengdu and Chongqing.

To meet the demand of future urban functional orientation and population size (8 million), we can expect to see high-speed rail stations in Chengdu East New Area for Chengdu-Nanchong-Dazhou-Wanzhou High-speed Railway, Chengdu-Zigong High-speed Railway, and Chengdu. A high-speed railway freight station will be reserved in the section of the Airport New Area of Chengdu-Nanchong-Dazhou-Wanzhou High-speed Railway. Besides, a central railway passenger station of Chengdu East New Area is planned in Jianzhou New City to constitute two major passenger terminals in North and South Chengdu together with Tianfu International Airport Railway Station. 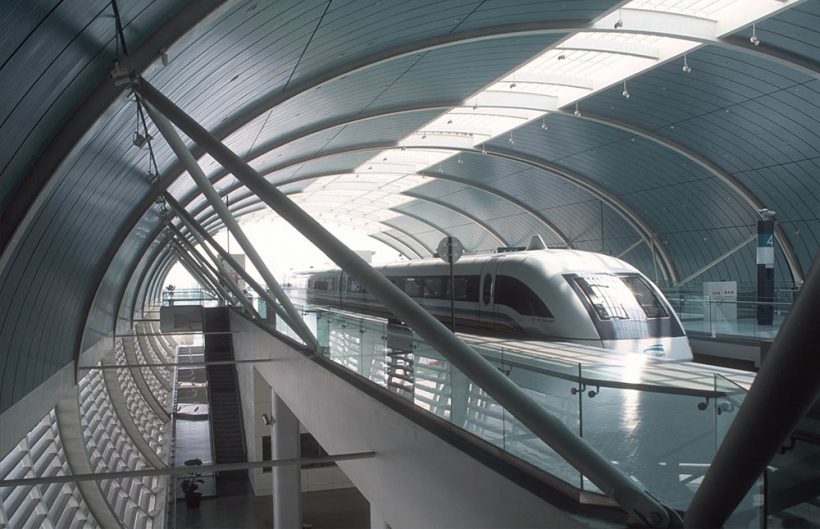 How is this channel going currently? Neither Chongqing Development and Reform Commission nor Chongqing Municipal Transportation Bureau have any information yet.

A staff member in charge of publicity of the Development Committee Office of Chengdu East New Area said that this channel was still at the planning stage, with no detailed design.

Nevertheless, on the Municipal Railway and Urban Development Forum held in Chongqing last year, He Huawu, Vice President of Chinese Academy of Engineering and Special Technical Adviser to the General Manager of China State Railway Group Co., Ltd. proposed that Chongqing would reserve space in its railway hub construction planning to introduce maglev transport between the city and Chengdu.

He Huawu introduced that the high-speed maglev train is a floating train supported by electromagnetic attraction or repulsion, with no need of the wheel track. Trains are driven by a linear motor so that the speed can reach over 500 km/h, which overcomes the main difficulty of the traditional wheel track railway in speeding up. However, lots of work still needs to be done on applying this technology to and reserving space in which railway station in Chongqing.

Chen Jian, Department Head of Transportation Engineering of Chongqing Jiaotong University and Director of Chongqing Institute of Comprehensive Transportation, also said that the mass transit system includes high-speed railway, general-speed railway, and maglev railway. The ultra-high speed maglev train running at 600-800 km/h is achievable now in the laboratory, but there are still difficulties in actual construction, especially in the western mountainous area with complex topographic conditions as well as Chengdu and Chongqing areas with numerous bridges and tunnels. Chen believed that the arrangement and planning of a higher-speed rail system in the Chengdu-Chongqing City Cluster in advance could help achieve corner overtaking, which also marked that China’s high-speed railway technology could be applied to more complex topographical conditions.

Chen added that, by giving play to the leading role of transport, the planned reserved channel between Chengdu and Chongqing will facilitate people-to-people exchanges and promote the industrial division of cities along this route, as well as realizing deep integration of various elements. Meanwhile, a multilayer comprehensive passenger transport system will form, thus offering an integrated transport supply mode with different speed targets to meet diversified travel demands.