On the morning of July 23, the Street Opening Ceremony was held in Xituo Ancient Town of Shizhu County. As a historical and cultural famous town, Xituo Ancient Town enjoys a history of 1,900 years. Among its many historical sites, the ancient architectural complex of Yunti Street is especially famous. As you step down the stone steps along Yunti Street the restored ancient buildings of the Ming and Qing Dynasties after sweep into view. In the Neolithic Period more than 10,000 years ago, men and woman walked these streets. 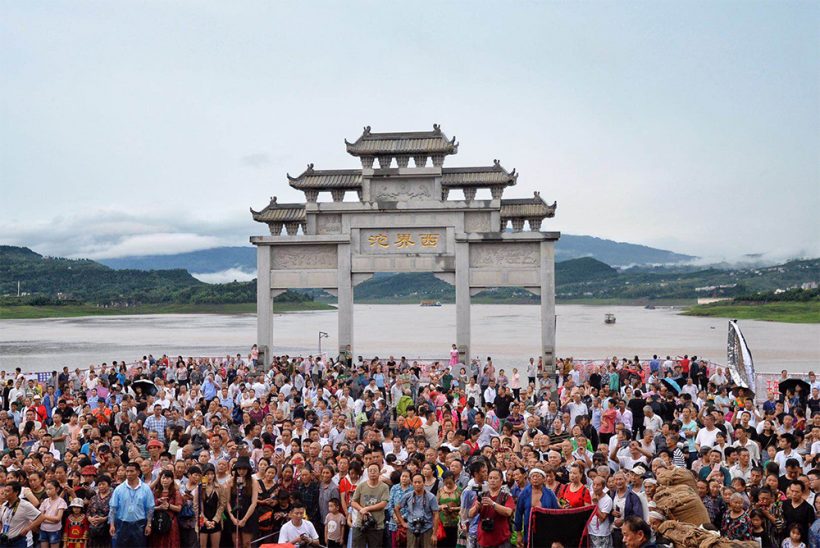 Continue walking along the ladder, the lively sound of peddling of plums, water shield, and potatoes would linger on faintly. The residents of the ancient town served a variety of subsidiary agricultural products to attract tourists. In the past, there were various markets, including the grain market, the drug market, the firewood market, and the market of furnace products behind Yunti Street. 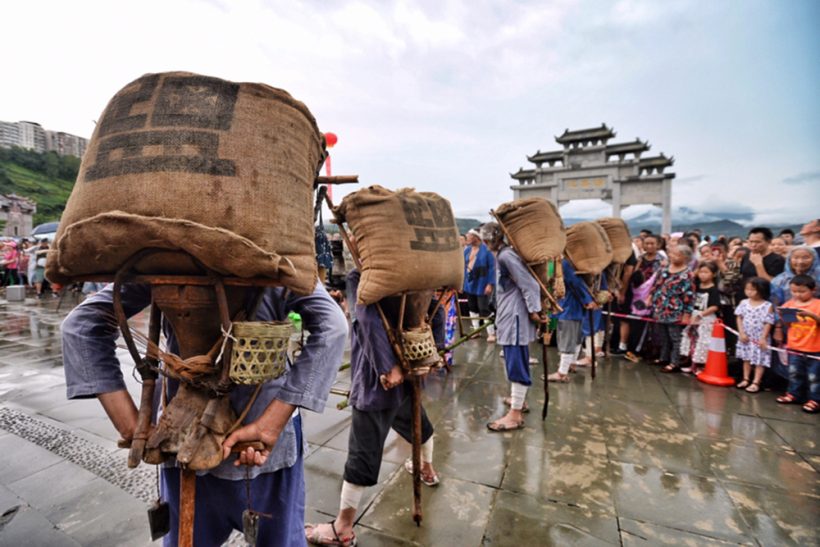 Yunti Street is 1.9 kilometers long with 110 steps and 1,314 stone ladders. Different from a level street along the Yangtze River, a layout usually adopted by the other towns parallel to the River (literally, one end is pier, and the other end leads to market), Yunti Street of Xituo Ancient Town was built in the light of the road, a bluestone street made upward progress along the ridge with the stone steps overlapped, just like a scaling ladder. 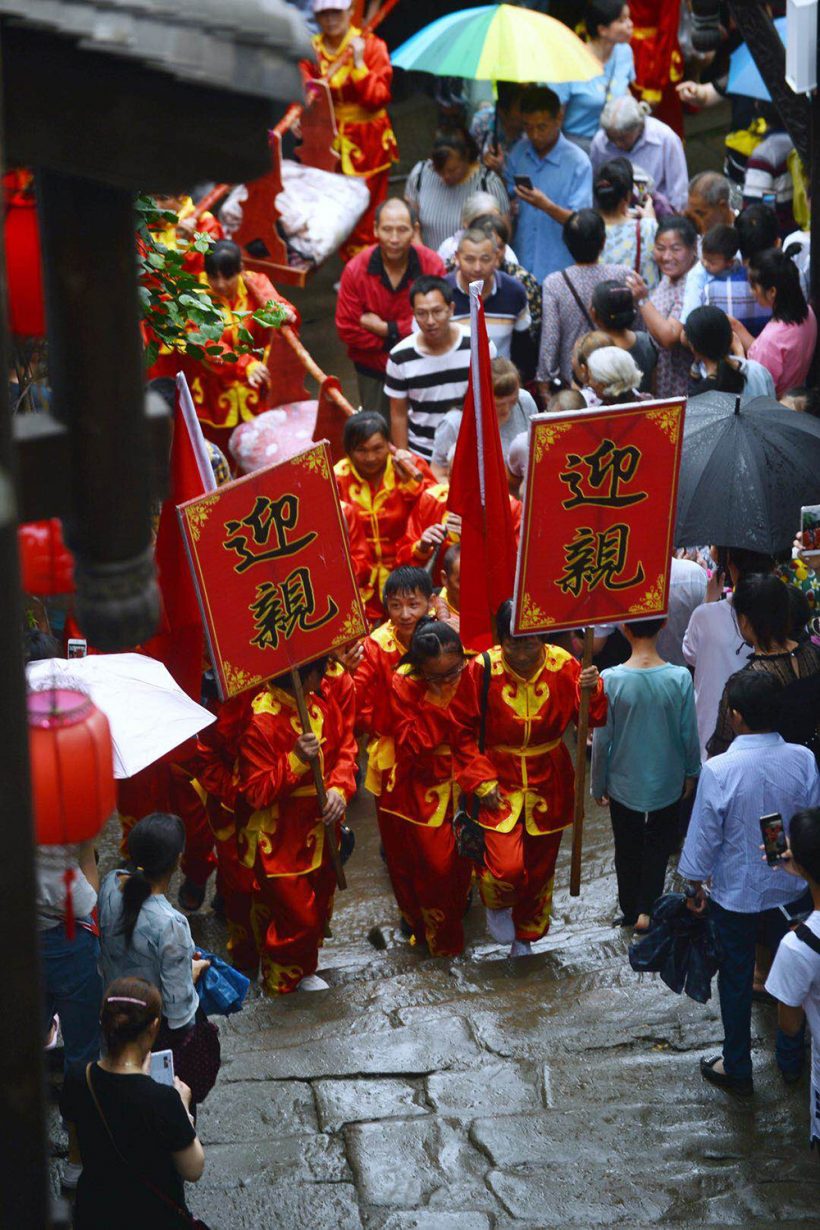 At the street opening ceremony, many tourists enjoyed such performances as folk songs, taking a sedan chair ride carried by two people or bridal sedan of the Tujia nationality.

Loitering in the ancient town, visitors could also watch one of the intangible cultural heritages — farm cattle dance. Tan Zhihua and his team worked together. Some were banging on the drums and gongs while others wore the cattle’s costumes, making funny movements like falling to the ground and scrambling for the food in cooperation with the cowherd.

Aged 46, Tan Zhihua started to learn the cattle dance when he was 12. In the era of farming civilization, farming cattle was especially crucial for people’s production and life. Dance performances at farming seasons and festive events stemmed from people’s wishes for a bumper grain harvest and the safeness of human and livestock.

Wandering about the ancient town, through the heritage buildings such as Yu Palace, Guanyu Temple, visitors would feel like traveling across time and history. In the lower section of the Yunti ladder, there stands an ancient stone arch bridge with a simple shape and perfectly round-arched holes – the South Longyan Bridge, facing the North Longyan Bridge at the northern end. The two bridges were built in the Qing Dynasty and used to be located 175 meters below the Three Gorges Reservoir Area. They were relocated there due to the rise of water level.