By Deng Wentao
The UNESCO world heritage site contains more than 50,000 statues and carvings. The oldest rock carving dates back to 650 A.D. during the Tang Dynasty while others were completed as late as the 12th century during the Song Dynasty. The religious rock carvings were influenced by three different religions: Buddhist, Confucian, and Taoist traditions. 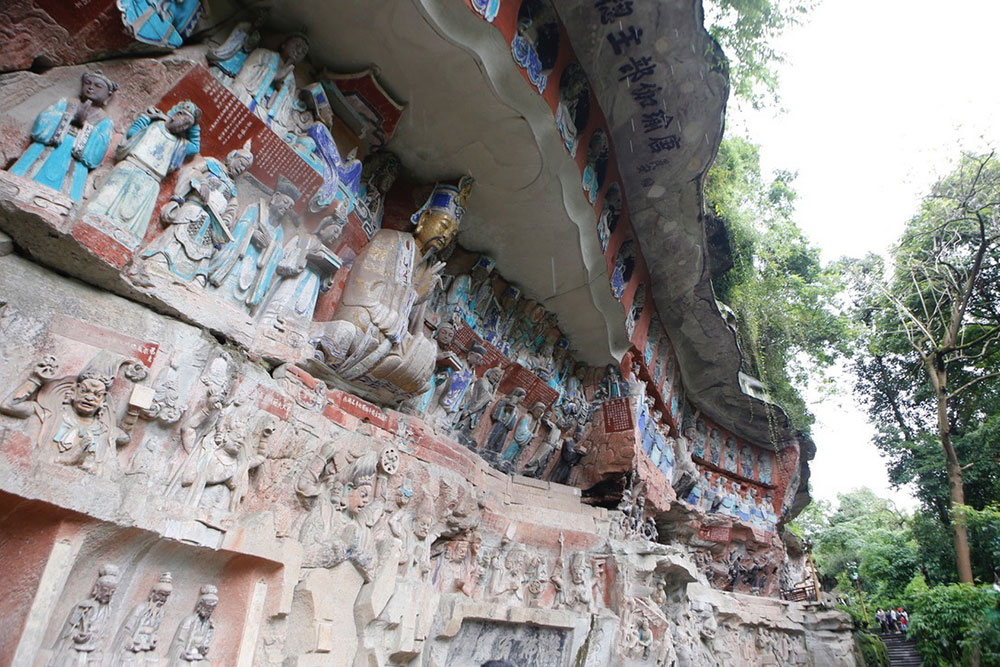 There are many different notable sites within the park for tourists to visit. Sights from the video below show the Rock Carvings at Baoding the parks main attraction.
One of the most famous sculptures included in the collection at Baodingshan is that of the giant reclining Buddha, “The Nirvana of Sakyamuni”.  The sculpture depicts Sakyamuni with eyes closed ready to enter nirvana. In the foreground of the massive sculpture are depictions of his disciples waiting.
Another top attraction at Baoding is the Thousand-hand Guanyin completed during the Southern Song Dynasty. Also known as the “Goddess of Mercy” the sculpture has not 1000 arms and hands but 1,007 most of which hold an eye each of the palms. The hands and eyes are symbolic for ability. The goddess has many eyes to see afar and many hands to help those in need. Recently restored during an 8 year restoration project which began in 2008, the sculpture now shines with all the brilliance it once had during the Southern Song Dynasty. 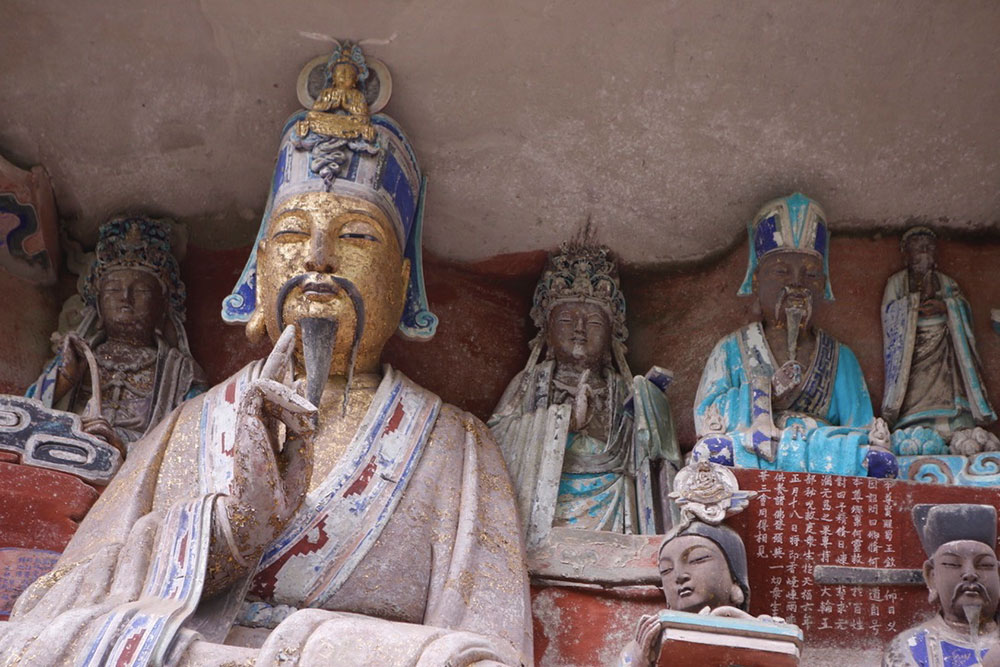