Wushan "Three Gorges Airport" to be Opened on August 16

The reporter learned from the Chongqing Airport Group that, the attention-catching “airport on the cloud” – Wushan “Three Gorges Airport” will be open to the public on August 16. 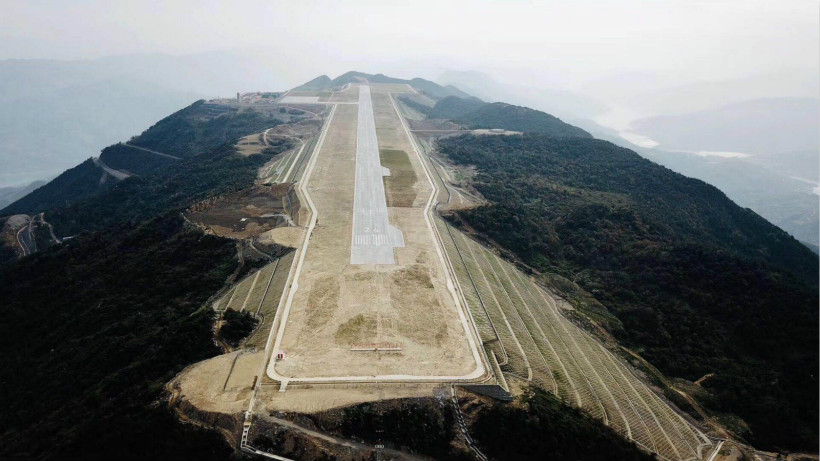 “airport on the cloud” – Wushan “Three Gorges Airport” will be open to the public on August 16. It is an airport with the highest altitude in Chongqing

Currently, preliminary preparations are all ready. Wushan Airport, being a 4C feeder airport, is one of the five civil airports in Chongqing and a major project of Wushan Traffic for tourism facilitation. The Wushan Airport Construction Project started in October 2015 was one of the critical new projects in Chongqing. The design and construction of this phase were based on a passenger throughput of 280,000, cargo throughput of 1,200 tons, and an annual take-off and landing of 3,333 flights in 2020. A 2,600m long and 45m wide runway, a 165m long and 18m wide vertical contact lane, a 5-plane parking hanger, a 3,500-square-meter terminal, a control tower, and a 700-square-meter air traffic control building will all be built. Communication, navigation, meteorology, oil supply, fire rescue, and other supporting facilities will be established simultaneously.

China Express Airlines will set out from Chongqing to Wushan on August 16, which will be the first flight of Wushan Airport. In addition, China Eastern Airlines will fly routes including “Chongqing-Wushan-Yantai” and close cooperation will be carried out in tourism marketing. The reporter of CQnews also learned that the access to the Wushan Airport was built according to the standard for two-lane secondary highways, and the roadbed width was 10m. Driving from Wushan County to Wushan Airport only takes half an hour.