Dazu Rock Carvings is the last monument in the history of Chinese grotto art. The Complete Works project first carried out systematic archaeological investigation and collation of grottoes at five places (Baodingshan, Beishan, Nanshan, Shimenshan and Shizhuanshan) listed as world cultural heritage sites, and left objective and authentic “ID cards” for statues in more than 600 niches. These “ID cards” contain figures of surveying and mapping, photos and other information, which help retain the historic features and current status of those rock carvings and will play an essential role in the protection of Dazu Rock Carvings. 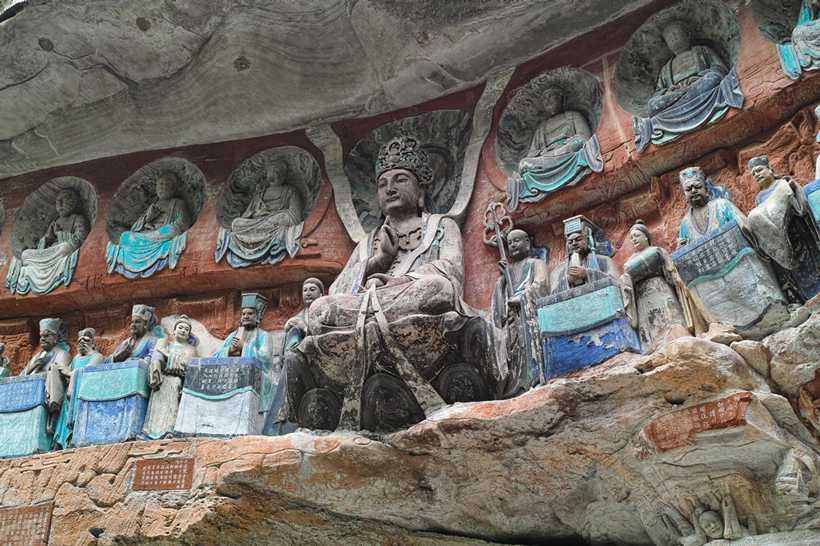 Buddhist rock carving is part of our historical heritage.

Being jointly compiled and published by Chongqing Publishing Group and the Dazu Rock Carvings Research Institute, the Complete Works project involves over 200 personnel in the compilation, surveying, and mapping, photography, editing, and proofreading. It comprises 11 scrolls and 19 volumes, with more than 2.5 million words and 10,000 rubbings, figures of surveying and mapping, photos and other pictures.

It’s China’s first comprehensive collection of archaeological reports on a large-scale grotto group. Ding Mingyi, Researcher of the Institute of World Religions, Chinese Academy of Social Sciences and Director of Academic Committee of Dazu Rock Carvings, praised it as a landmark masterwork of the archaeological report on caves in China.