Chongqing – The 72nd Annual Congress of FEMTEC with five days warped up on October 20 at Miraggio Thermal Spa Resort in Chalkidiki, Greece. More than 130 people from 28 countries of the world came to participate in the five-day event. The World Federation of Hydrotherapy and Climatotherapy (FEMTEC) invited Chongqing to attend the annual congress. The Chongqing delegation was led by Liu Qi, Secretary of Party Committee and Director of Chongqing Municipal Commission of Culture and Tourism Development. 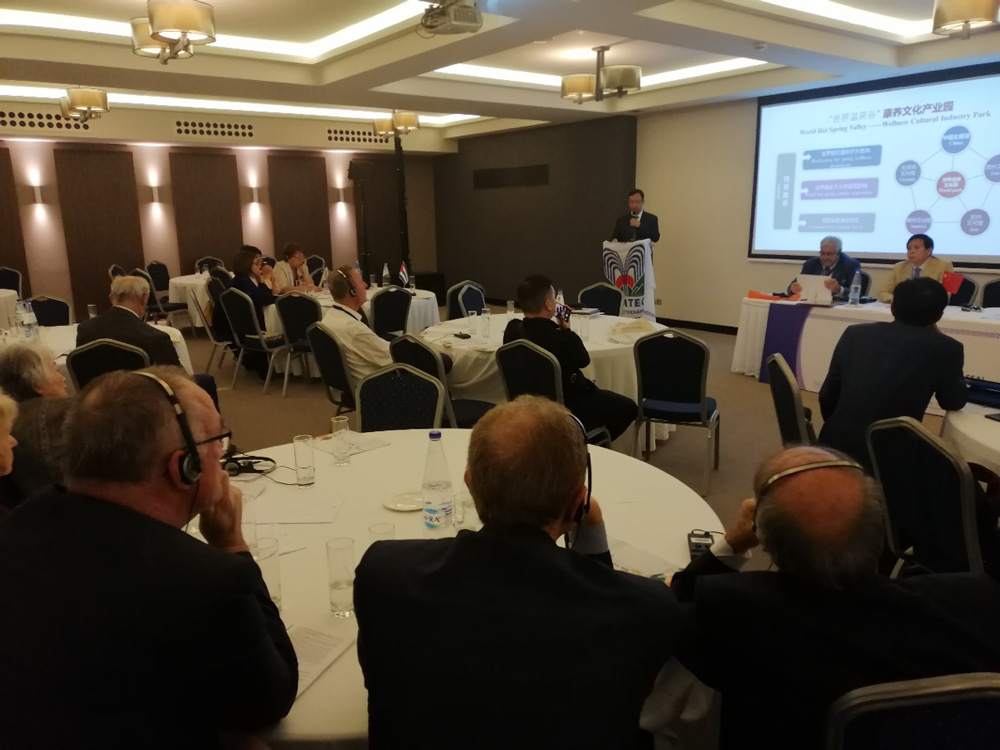 Liu Qi gave a speech on the congress

At the congress, Liu Qi gave a speech to representatives of other countries, promoting Chongqing’s hot spring industry and the World Hot Spring Valley. As one of the World’s Most Attractive Investment Emerging City and the Global Featured Charm City, and China’s most popular tourist city, Chongqing has plenty of tourism resources. Therefore, Liu also promoted the culture and tourism resources of this city at the congress, primarily focused on the cooperation between Chongqing and FEMTEC. Besides, he also introduced the critical work and achievements of the Chongqing Office of FEMTEC and Asia-Pacific Institute (Chongqing) for Hydrotherapy and Climatotherapy Tourism. 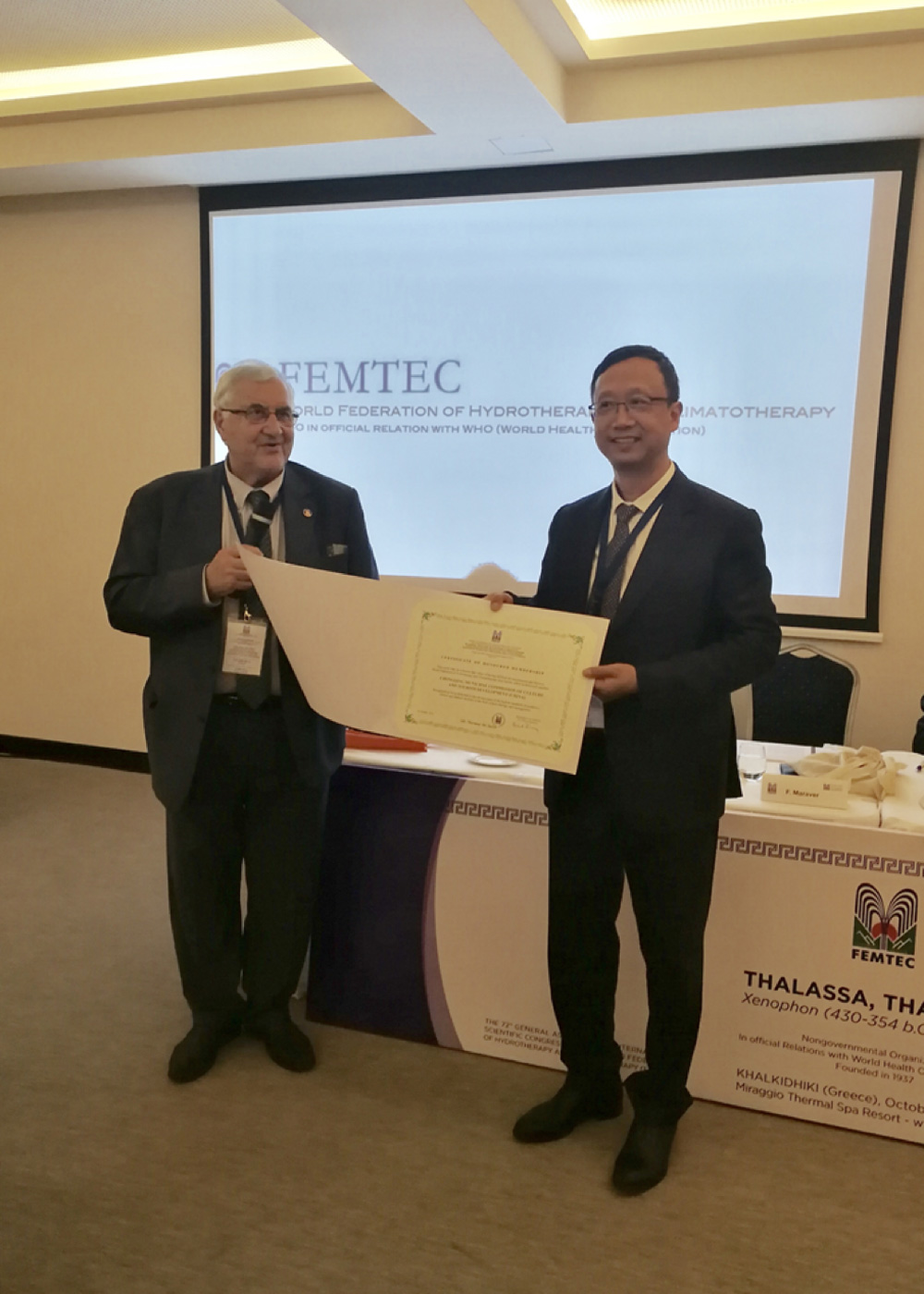 Liu Qi and the chairman of FEMTEC

Moreover, Liu Qi also highlighted the investment project of Chongqing World Hot Spring Valley Industrial Park. The project has received considerable attention from experts from various countries. The chairman of FEMTEC said that he would fully assist Chongqing to carry out the project. Meanwhile, they will focus on intensive promotion and precision investment through global member countries, global experts, and entrepreneurs channel of FEMTEC. After the congress, Liu Qi made a detailed docking with FEMTEC on the next cooperation and investment in key projects. 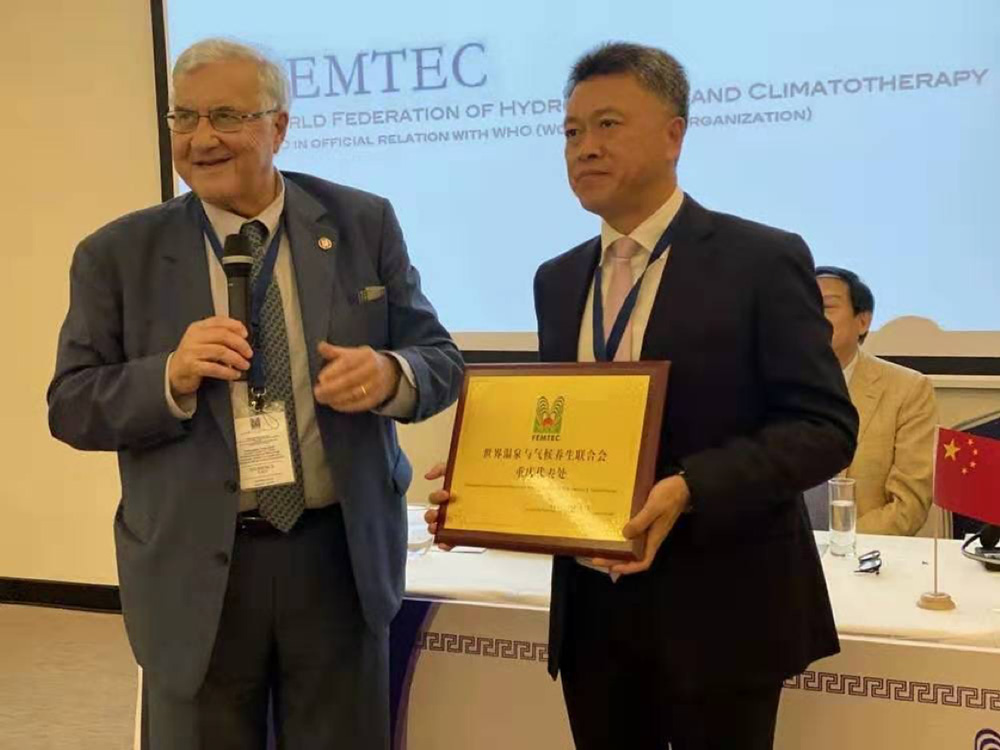 Gao, Secretary of Beibei District, and the chairman of FEMTEC

Lan Li and the chairman of FEMTEC