Chongqing– A group of guests for the 2nd Asia-Europe Cooperation Dialogue in Southwest China’s Chongqing Municipality visited Lijiang Intelligent Park in Liangjiang New Area on December 3, 2019. They were amazed by the smart technology in the ‘park of the future’.

They came to the 5G hall at first to have a glimpse of 5G-powered life. 5G Hall A has interactive experience items, including 5G video calling, VR virtual driving, immersive bicycle, 360VR live broadcast, VR football match, robotic hockey, multiplayer VR games. 5G Hall B exhibited the technology of online car repair. If a car malfunction occurs during operation, the driver can use 5G technology to provide remote guidance through 3D stereo imaging.  After a tour guide colored a rail transit and a building and uploaded it, visitors saw the results of the idea for city planning. At the end of the 5G Hall B, a guest grasped a pair of tailored glasses to see a three-dimensional organ image. The technology behind those can be used not only in education but also in manufacturing. 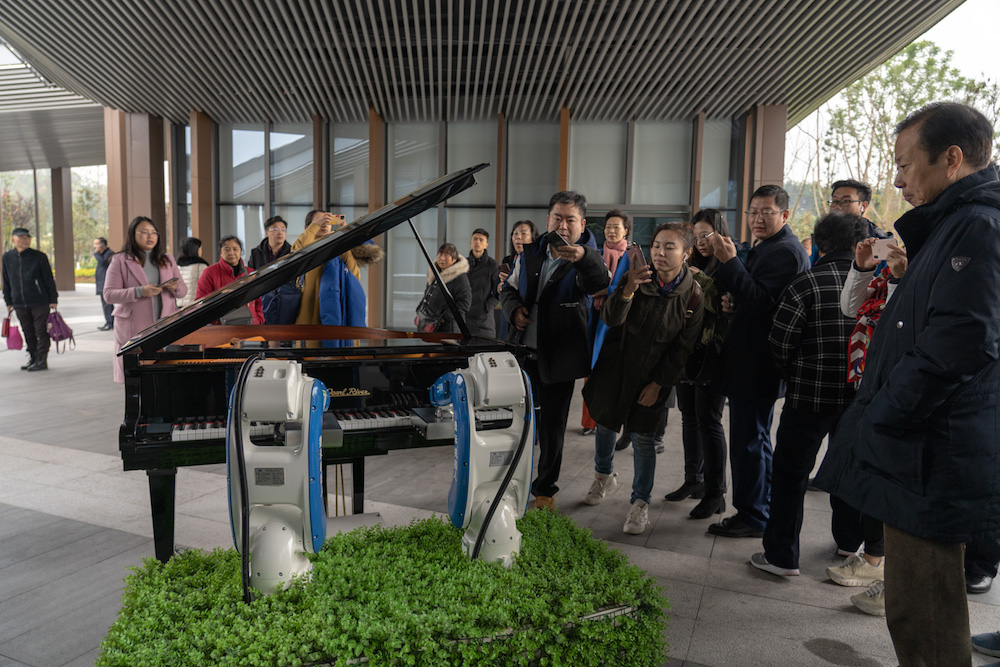 A group of guests for the 2nd Asia-Europe Cooperation Dialogue is watching automatic piano playing in Southwest China’s Chongqing Municipality when they visit Lijiang Intelligent Park in Liangjiang New Area on December 3, 2019.

With the theme of touching the future and the core of smart entertainment, Art & Amusement Hall has built three major sections: digital art, digital culture, and digital games. There were 14 holographic projection and AR interactive experience projects. Through the VR, AR, holographic projection, and other light and shadow technologies, the artwork showed the development track of human beings from the past to the present. Some visitors drank beverages served by the automatic machine arm.

A visitor surnamed Wu said, “Everywhere in the park is full of smart elements, just like the 5G Hall and the Art and Amusement Hall.”