Having monitored the biodiversity in the depopulated zone of Xuebao Mountain, Kaizhou District for over a year, the Chinese Academy of Forestry captured 21 rare species of terrestrial animals and birds by IR cameras, including roe deer, serow, golden pheasant, Temminck’s Tragopan and Barred Laughingthrush. It is the first time that roe deer are found and recorded in Chongqing. 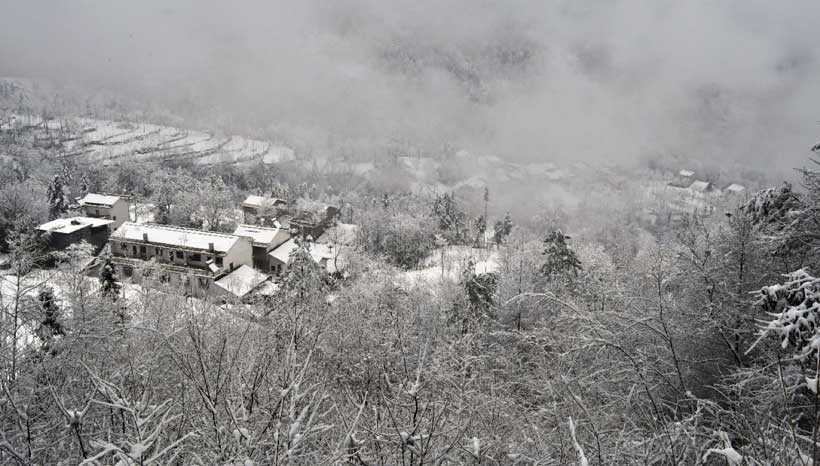 The rime in Xuebao Mountain. Photo credit by Liu Kang

Adjoining Daba Mountain in the north and Yintiaoling Nature Reserve in the east, Xuebao Mountain is a vast primitive ecosystem and the perfect home to rare wild animals. Coniferous and broad-leaved forests and marshy grasslands inhabit here. With a large area, abundant vegetation, and sufficient food, the mountain has become a well-preserved natural gene pool for wildlife in Chongqing.

The monitoring of wild animals in Xuebao Mountain aims to determine whether the Three Gorges Reservoir impoundment affects the existence of terrestrial wild animals. Specialists set 20 monitoring sites along the Yangtze River in Jinyun Mountain, Xuebao Mountain, Wulipo Natural Reserve, and Shennongjia Forestry District. Since 2008, the distribution of terrestrial wild animals, amphibious reptiles, and forest birds and their population dynamics have been systematically monitored in these areas.