Expert: Why Should Chongqing Play a Supporting Role in the Development of China's Western Region?

On Jan.13 2020, Li Jing, Dean from School of Economics, Chongqing Technology, and Business University, shared his insights and suggestions on Chongqing`s approaching a supporting role in western development on an economist`s perspective in a press conference during Two Sessions. 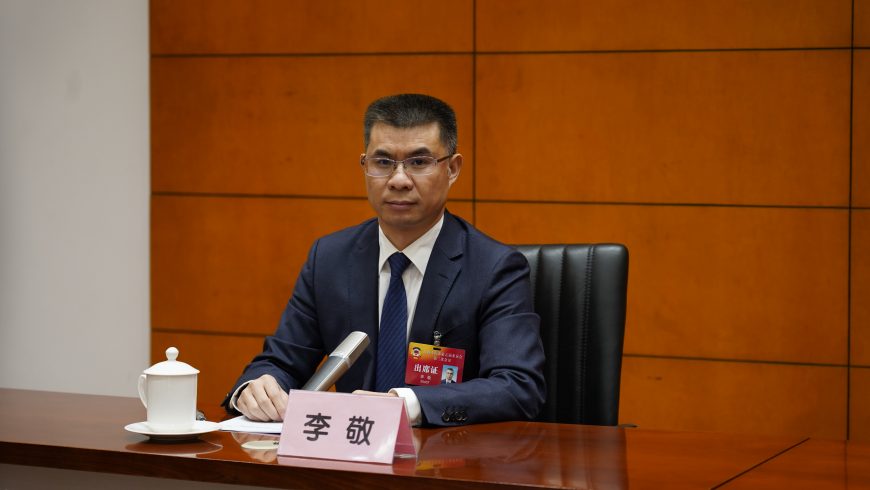 The western development strategy has been implemented for 20 years. The first decade was mainly reflected in the accelerated construction of infrastructure, and investment produced an important boost to the regional economy. During this period, the total fixed capital formation in the western region increased by 6.36 times, while the national average growth was 4.64 times. During this period, the focus is on adjusting the structure, improving infrastructure, ecological environment, science and technology, establishing and perfecting the market system, and fostering growth points for characteristic industries, to initially improve the investment environment in the western region and initially curb ecological and environmental degradation. Thus, the economic operation has entered a virtuous circle.

The second decade is based on the achievements of infrastructure improvement, structural, strategic adjustment, and institutional construction in the previous section. It has entered the sprint stage of western development, consolidated and improved the foundation, cultivated characteristic industries, and implemented economic industrialization, marketization, and the comprehensive upgrade of the professional area layout to achieve a leap forward in economic growth. The most important feature of this stage is that the western region has vigorously promoted the construction of inland opening up. Compared with the previous period, the role of fixed investment in economic growth continued to play, and a stronger pull on the economy was the “opening force.” In the second decade, the total fixed capital formation in the western region increased by 2.04 times while the country was 1.91 times. The total value of Chongqing`s imports and exports in the western region increased by 2.00 times while the country was increased by 1.26 times.

In the new era of western development, there is still much room for improvement in the level and quality of economic growth.

In terms of growth level, the regional GDP of the twelve western provinces in 2018 accounted for 20.5% of the national GDP, an increase of 2.03 percentage points from 17.47% in 1999. However, the western region has a population of 22%, a land area of 56%, and an area of cultivated land of 27.7%. Therefore, the level of economic development in the west is still below the average.

From the perspective of growth quality, the overall industrial level in the western region is relatively low, and the development of new economies, new models, and new formats is still insufficient; infrastructure is still weak.

To play a supporting role in advancing the development of the western region in the new era, Chongqing currently has three favorable conditions. The first one is economic support. Chongqing’s economic foundation has been dramatically improved since it became a municipality directly under the Central Government. In 2018, Chongqing’s GDP reached 2.036319 billion yuan, accounting for 11.05% of the western region, ranking third in the western region. The average GDP per capita reached USD 10,000, which ranked 11th place nationally. This shows that Chongqing is approaching a high level of development. Chongqing’s economic support is emerging. The second benefit is support from the opening-up policy. In the new pattern of western development in the new era, it is imperative to open up the market with updated policies. Chongqing opened the country’s first China-Europe train in 2011; Chongqing has established the New International Land-Sea Trade Corridor (ILSTC) in the west. In the second decade of western development, the total value of Chongqing’s imports and exports increased by 5.36 times, which was higher than 3.36 times in the west and 4.10 times in the country. Chongqing has played a crucial role in promoting inland opening up. The third advantage is ecological development. In recent years, Chongqing has taken an active role in ecological environment protection. In the recently announced evaluation of the national ecological civilization index, Chongqing ranks third in the country.

In the next step, Chongqing needs to promote the transformation of economic development further and unswervingly follow the path of high-quality development to play a crucial role continually.

The first is to promote open innovation further. In the new round of western development, Chongqing must pay more attention to opening up and play a leading role in the co-construction of the Belt and Road Initiative (BRI). The critical point is to promote the construction of the ILSTC. In particular, it is necessary to build an operation center for the new channel of land and sea in the west. We must do an excellent job in the design of the operation center framework. The operation center should have functions of business leadership, information integration, rulemaking, research, and release. Therefore, the operation center should set up a business platform, an information platform, an institutional innovation platform, and a research platform. The commercial platform shall coordinate the Chongqing Operation Center with critical nodes in Guangxi, Guizhou, Gansu, and other western provinces and key nodes in the ASEAN region through commercial activities. These business movements should include logistics services, financial services, risk management, etc. The information platform should play the leading and coordinating role of big data through channel information integration and sharing. The institutional innovation platform is mainly to lead the docking and formulation of onshore and maritime rules and formulate new industry standards. The research platform plays a leading role in research.

Strengthen the research on the investment and trade cooperation environment of select ASEAN countries along the BRI, strengthen the research of partner countries and key industries, compile and release the BRI and ASEAN Investment Cooperation Development Report in the Western Region, and BRI And ASEAN investment cooperation index, China-Europe freight train index, ILSTC freight index; release of BRI investment guidelines and risk reports; establishment of national and regional risk early warning mechanisms; establishment of overseas investment and trade risk assessment system. In addition, we must actively explore onshore trade rules and strengthen the docking of onshore and maritime trade rules. One part of the ILSTC is on land, and the other part is in the sea. Maritime trade rules dominate the current trade rules. Land trade rules are still being explored. The most urgent task to promote the construction of the ILSTC is to actively explore the laws of land trade and strengthen the docking of land and sea trade rules. We must actively explore the three core rules of the land trade rules system: transportation rules, customs clearance rules, and financial rules.

On January 3rd, General Secretary Xi Jinping emphasized at the sixth meeting of the Central Finance and Economic Committee that it is necessary to promote the construction of the twin-city economic circle in the Chengdu and Chongqing region and form an important growth pole of high-quality development in the west. The establishment of the “Chengdu-Chongqing Twin-City Economic Circle” is of great significance for Chongqing’s supporting role in the development of the western region.

But for the moment, there are three key bottlenecks to be broken in the “Chengdu-Chongqing Twin-City Economic Circle” compared with the Yangtze River Delta City Group, the Beijing-Tianjin-Hebei City Group, and the Zhujiang River Delta City Group. Firstly, scale support is not enough. As an essential growth pole, the economic scale and urban mass of the Chengdu-Chongqing urban agglomeration need to be expanded. Secondly, technical support needs to grow. Although Chongqing and Chengdu have shown strong international and domestic influence in the industries of electronic information, equipment manufacturing, and finance, however, to play the role of growth pole, the twin-city must be a proactive leading industrial sector and an expanding industrial complex. Chengdu and Chongqing still need to continue their efforts to support the large-scale industry. Thirdly, they need more system support. The role of growth poles requires excellent institutional support to produce effective polarization and diffusion effects between regions.

Two aspects are essential to promote the construction of the Chengdu-Chongqing Twin-city Economic Circle from the perspective of comparative advantage. The first is to give play to the comparative advantages of the channel and build a characteristic channel economy. Relying on the Chengdu-Chongqing North Line, Middle Line and South Line comprehensive transportation corridors, the construction of Liangjiang New Area in Chongqing and Tianfu New Area in Sichuan can be actively promoted, and radiation will drive to Ziyang, Suining, Neijiang, Yongchuan, Dazu, Rongchang, Taognan, Tongliang, Bishan. In accordance with inter-city rail transit, expressways, and transportation hubs along the line, strengthen industrial division and cooperation in cities along the line, and guide the development of advanced manufacturing and modern service clusters. Relying on the Yangtze River’s golden waterways, along the Yangtze River expressways and railways, cultivate an ecological city belt along the Yangtze River.

Incorporate into the national strategy and build a strategic highland for inland opening-up.

The Chengdu-Chongqing urban agglomeration, as the connection point between the BRI and the Yangtze River Economic Belt, should actively integrate into the BRI and the Yangtze River Economic Belt to jointly promote the construction of the inland opening strategic highlands. The first task is to coordinate the development of the corridor between Chengdu and Chongqing. It is necessary to coordinate and promote the construction of the four major channels in the southeast, northwest, and the five modes of “water, land, air, rail, and information.” Expand and enhance the external three-dimensional international hub channel. In particular, Chongqing and Chengdu must make great efforts to promote the construction of new routes for land and sea in the west and China-Europe trains. The second task is to coordinate the construction of open ports in Chengdu and Chongqing. It is necessary to speed up the construction of a three-dimensional comprehensive large-scale port system in the Chengdu-Chongqing urban agglomeration, enhance the opening function of bonded port areas, comprehensive insurance areas, and bonded logistics centers, and expand the features of designated ports for imports, which to increase the port’s radiation capability, speed up the construction of smart ports, and promote the development of intelligent facilities and information systems. The third aspect is to promote the construction of an inland open economic system vigorously. Chongqing and Chengdu must learn from each other and jointly promote the exploration of onshore trade rules. Follow the high standards of international investment and trade, and establish an open economic system that gives full play to the role of the market and the role of the government.