Chongqing Municipal People’s Government Work Report released on January 11 states that Chongqing plans to advance the construction of the New International Land-Sea Trade Corridor (ILSTC). It will organize logistics and operation organization centers for the corridor, set up cooperation and co-building mechanism along the corridor, strengthen cargo transportation organization, and work to lower costs and improve efficiency in corridor logistics. 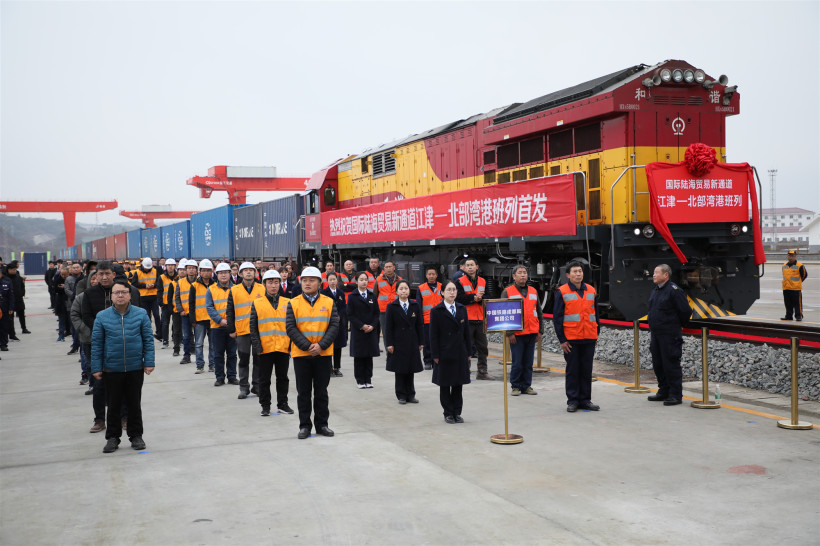 The ILSTC is of critical strategic significance in coordinating development among regions because it connects the Silk Road Economic Belt in the north, the 21st Century Maritime Silk Road in the south, and is linked with the Yangtze River Economic Belt.

To drive the construction of the ILSTC, Chongqing is endeavoring to build the logistics and operation organization centers.

Implementation Plan about ILSTC designed to release in Q1

The National Development and Reform Commission circulated in August 2019 the Master Plan for the New International Land-Sea Trade Corridor, offering an overall arrangement on the general requirements, strategic positioning, targets and tasks, spatial layout, key projects and guarantee measures for the ILSTC. The Plan also entrusted the major municipality missions, including leading the establishment of interprovincial negotiation and cooperation mechanisms and constructing logistics and operation organization centers for the corridor.

As required by the Master Plan, Chongqing is preparing the Implementation Plan of Chongqing for Boosting Construction of ILSTC and striving to issue the document in the first quarter of 2020.

The international railway transport (between Chongqing and Hanoi) trains operated for over 120 times and carried cargos worth RMB 4 billion. Primary goods sent outward are light industry products, and those sent inward are electronic products.

The ILSTC became a buzzword in 2019 for the inland opening-up. It has produced news almost every month and spread its influence from Chongqing to western China, and even to the whole country. In January 2019, eight provinces (autonomous regions) and cities in western China signed an agreement to co-build the ILSTC; at the National People’s Congress (NPC) in March, Chongqing delegation proposed to designate the ILSTC as a national strategic project; in August the Master Plan came out.

To realize the requirements of the Master Plan, Chongqing has made all efforts in 2019 on organizing the logistics and operation organization centers for the ILSTC as specified in the Framework Agreement on Co-building New International Land-Sea Trade Corridor entered into on October 13, 2019, between Chongqing and 12 provinces (autonomous regions) and cities in western China as well as Hainan province and Zhanjiang City, Guangdong Province.

Those centers will serve as the standing bodies for the governments to consult with each other on co-building the ILSTC. They are mainly responsible for: Carrying out inter-ministerial and provincial joint conferences and agreed maters at inter-provincial consultative joint meetings; coordinating and advancing major cross-region cooperative projects; contributing to the formulation of regional cooperation support policies and innovative systems; building public information service platforms; balancing the development of cross-region multimodal transport; guiding corridor platform enterprises in operation, and serving the development of trade and industries along the corridor.