The Butterfly Lovers flew from a European-style building in Rongchang, Chongqing. Although being excited, people kept quiet to listen to the beautiful sound as it was the debut made by the world’s first paulownia-made tuning peg-shift alto violin. The instrument was designed by luthier He Xirui in January 2020, when he was terribly ill.

Hu Qihui, Prof. He’s wife, was touched by the music and grieved for her late husband, who just had time to look at the white violin made by Zhang Wenyi, his apprentice, based on his draft. Prof. He’s last wish was to finish the alto violin. 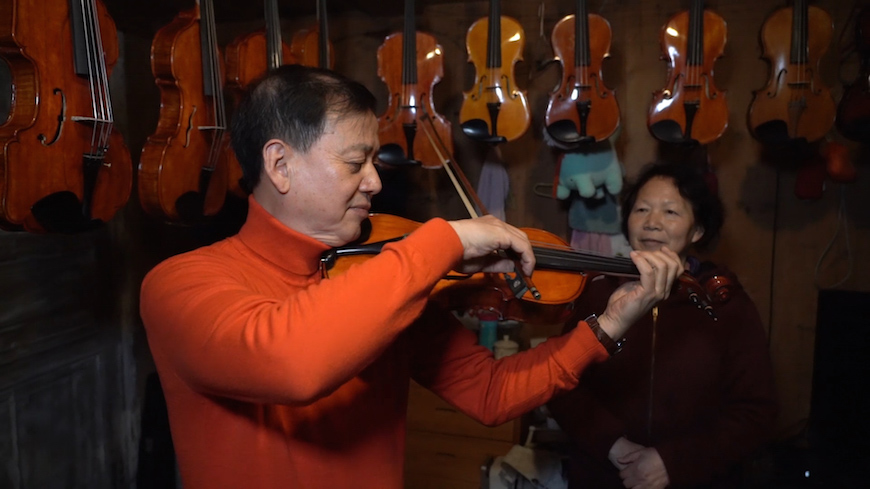 He Xirui plays the violin.

“It sounds powerful and clean. This might be the world’s only tuning peg-shift alto violin. It is so beautiful. I really like it,” said Liu Jingsheng, a bosom friend of Prof. He. He understood that instrument-making was the man’s lifework. “He trusted me and always let me be the first one to test his new instruments.” Liu felt honored to try Prof. He’s final work. 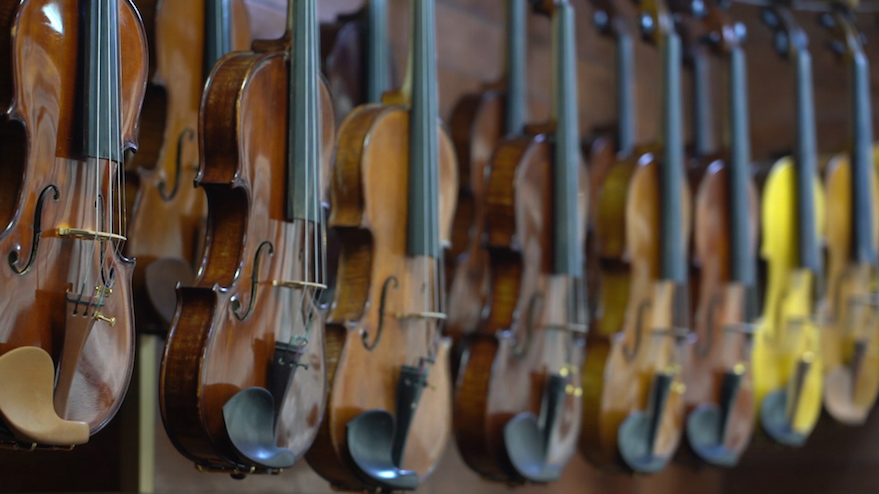 The 50-year-old Zhang learned instrument-making from Prof. He since 21. “I made doors and windows and did other building-related work when I was young. I knew Prof. He by chance, after which I began to learn from him.” In Zhang’s eyes, Prof. He was an instrument-making master who kept improving skills, practiced constantly, and was never afraid of trying new things. What he represented was the craftsmanship promoted by this era. He said, “today, the alto violin designed by Prof. He during his illness was finally tested. His last wish came true.”

“My late husband was a carpenter and later became a luthier. He was a distinguished professor at the Sichuan Conservatory of Music. He was recognized as one of the Top Ten Transformers of Traditional Chinese Musical Instruments in 2017 when he was unfortunately diagnosed with multiple myeloma.” Hu said Prof. He never gave up improving the instrument even if he was very sick. The completed alto violin was tested by violinist Liu as usual, and she hoped listeners could enjoy it. Hu also wanted to turn this building into a memorial hall to exhibit hundreds of violins produced by Prof. He. Thus, more people can know the impressive western instruments made by Chinese people with local materials.