Cao introduced the characteristics of the UAV is that they take off quickly, there is no restriction to regional conditions, and can reach the fire site quickly by signal to suppress the initial fire quickly, which is the most significant characteristic of UAV. 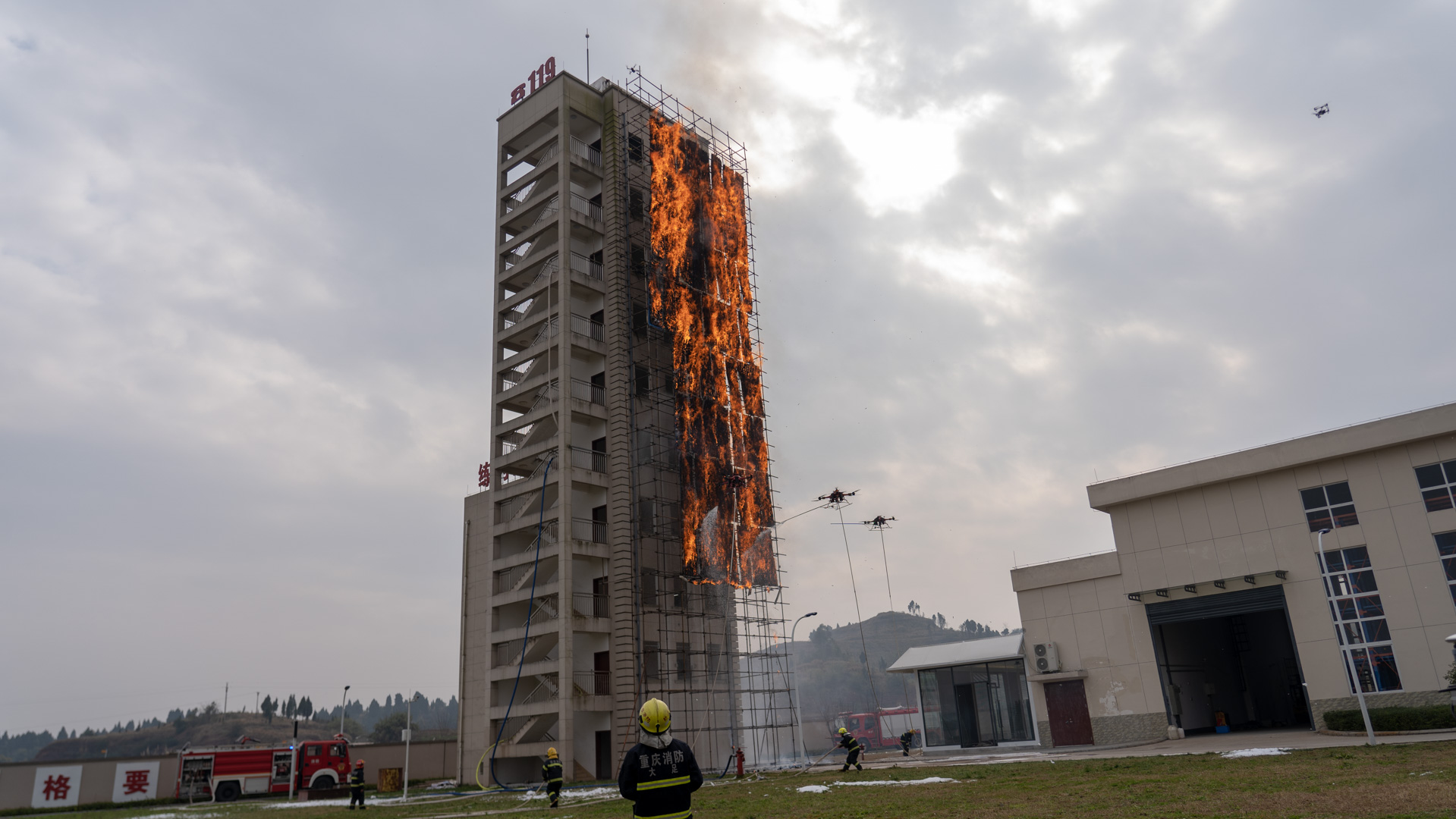 The fire drill set up a fire site 50 meters high and 15 meters wide.

Currently, the highest of high fire engines is 100 meters, but a UAV taking off from the ground barely takes 30 seconds to reach 200 meters. “Using a powder tank, UAV can effectively control the fire of 100 cubic meters of closed space, we can hang water pipe UAV trailer 2.5 mm and 40 pipe flight with a speed of 100 and 200 m, by compressed air foam, transmission line of fire, especially for wall facade can effectively control, solves the problems, such as fire channel jam, fire engines cannot hold up close to, slow speed and so on,” Cao Bing told us. 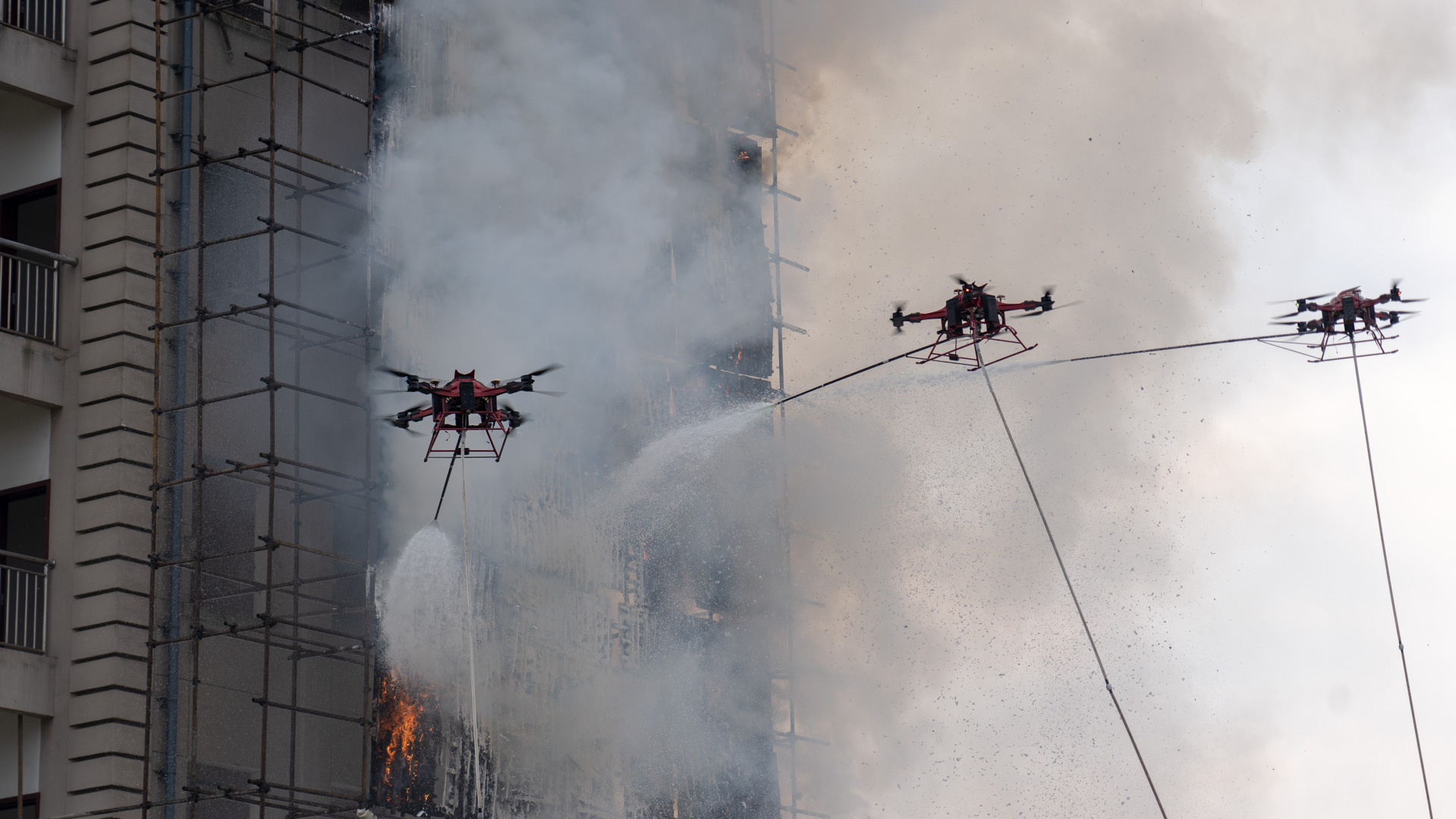 “The advantage of UAV is that it is fast and flexible, and it can quickly suppress the initial fire. With the continuous progress of science and technology, I believe that the disadvantages of short cruising time and light load will be gradually solved. I believe that in the coming decades, high-rise fire fighting unmanned vehicles will become the main equipment in the fire market, and the ground fire trucks will become an auxiliary water supply equipment,” said Cao Bing.