A School Opening Ceremony with No Student

Chongqing- At 8:30, February 10, an unprecedented opening ceremony was held punctually on the empty playground of a primary school in Qijiang, Chongqing. 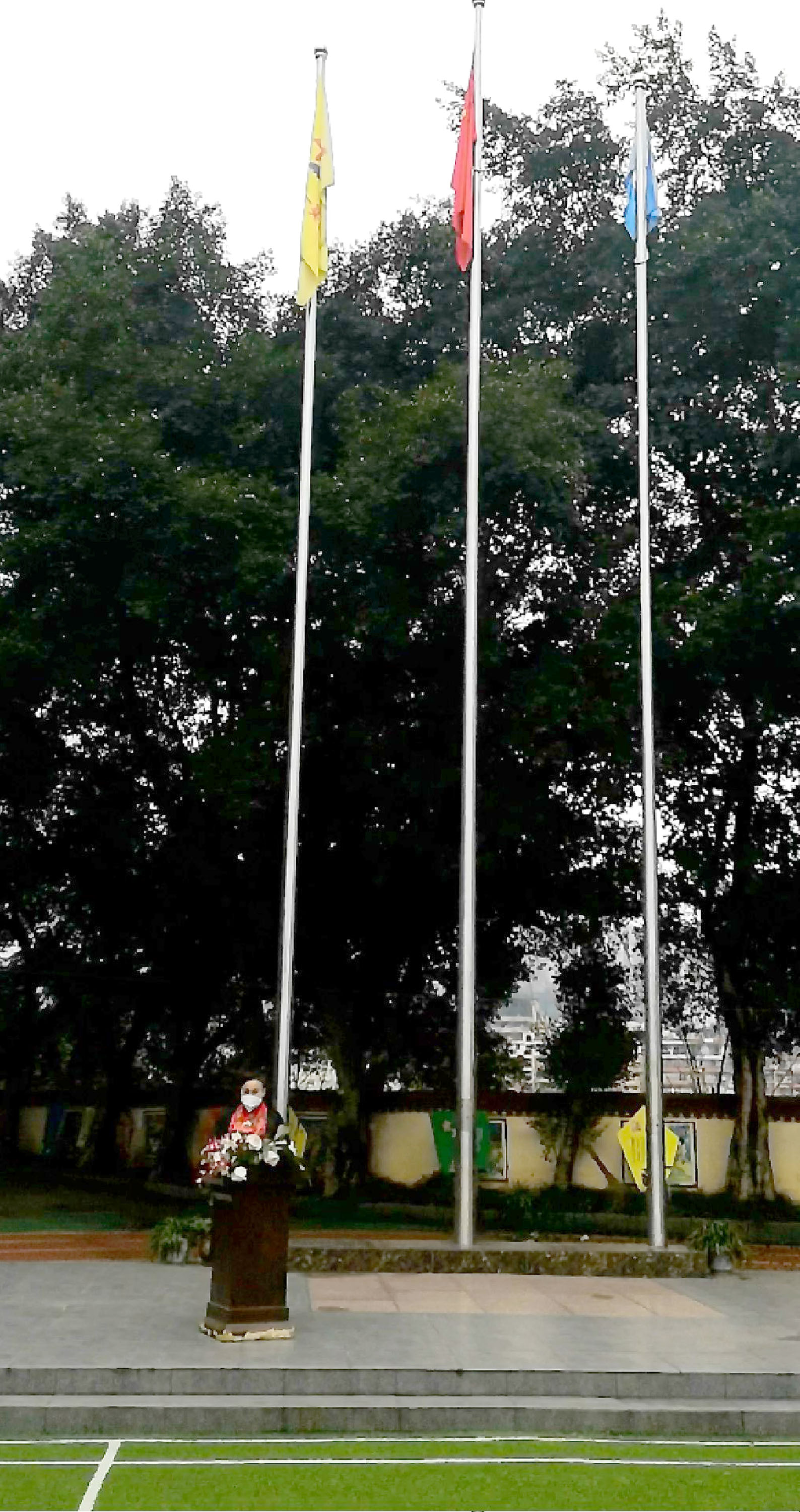 At 8:30, February 10, an unprecedented opening ceremony is held punctually on the empty playground of a primary school in Qijiang, Chongqing. (Photo by Li Hua)

“The spring opening ceremony in 2020 of the 1st Experimental Primary School in Qijiang, Chongqing begins now! First of all, we’ll have a flag-raising ceremony. Please all rise and sing the national anthem! Salute!”

It was an opening ceremony without students because of COVID-19, but all the teachers and students watched the ceremony by video. In the video, Zhang Jihui stepped onto the rostrum after the flag-raising ceremony. She bowed and expressed her wishes to the students and teachers.

“We couldn’t return to the campus that we long for and love as scheduled because of the novel coronavirus, but we still hold the ceremony on schedule today!” During the 10-minute address, Zhang’s voice choked with emotion several times.

The flag-raising ceremony brought tears to the viewers’ eyes 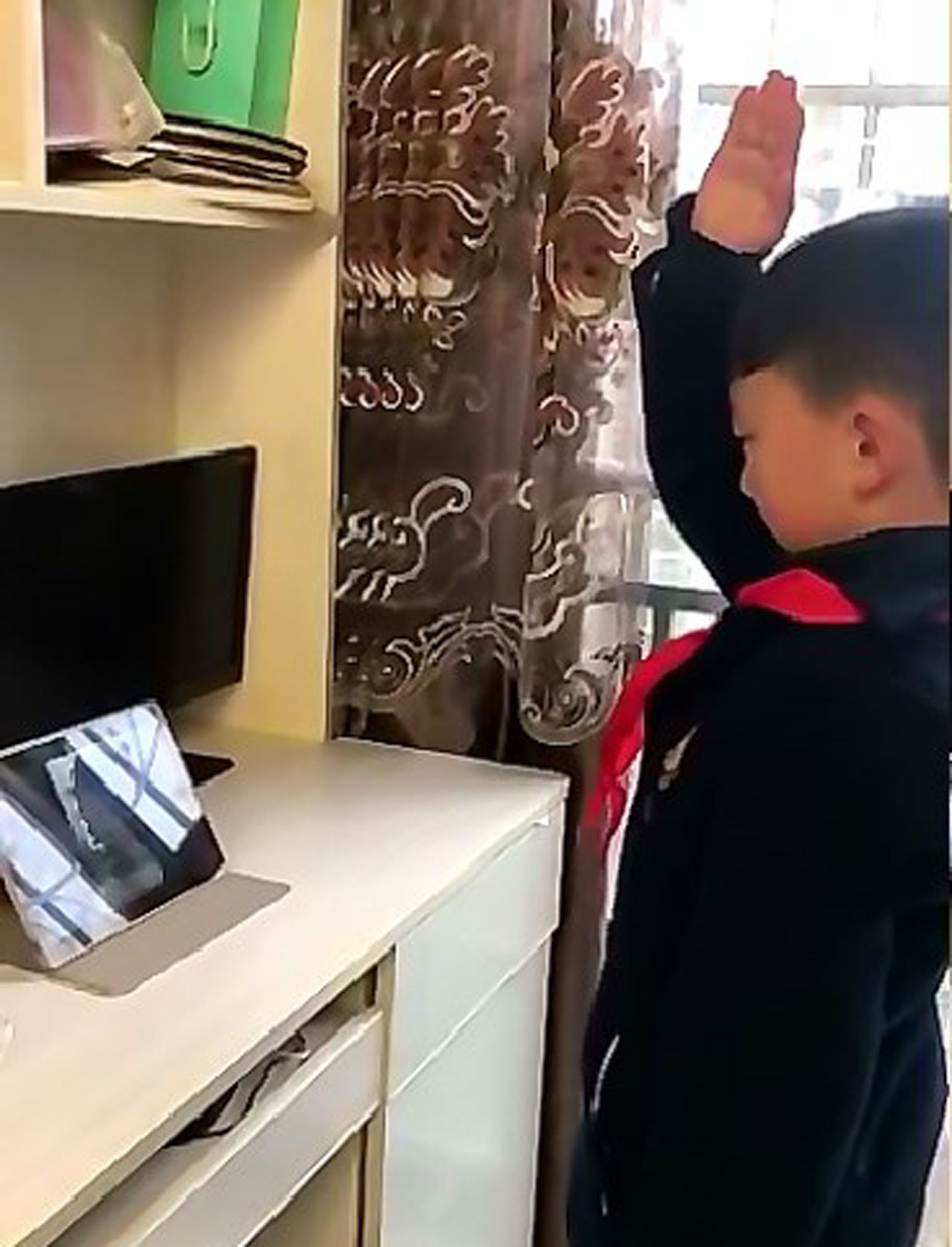 A student raises his right hand to salute after the ceremony. (Photo by Li Hua)

After watching the video, all the viewers, including parents and teachers, said in the WeChat groups, “I’ve cried my eyes out.”

“I feel sad that Mrs. Zhang made a speech on the rostrum on the empty playground. I hope the fight against novel coronavirus can end soon so that I can go back to school!” It’s a message left by the student Hu Jinxian via his mother’s cell phone.

“As a pupil, I must study hard for a country free from the virus.” “I used to look forward to the holidays, but now I want to go back to school as soon as possible.” Looking at the children’s sincere words, Zhang could not help but shed tears again.

Zhang told us that when she saw the children raise their hands to salute after the ceremony, she suddenly felt an unspeakable power. She said that the promise of the nation’s future lies in those children.