Recovery Patient: "Great Thanks to Doctors and Nurses Although I don't Know Their Names "

Chongqing- “What are the names of doctors and nurses who treated me? Why didn’t I see it clearly? They all wore protective suits, and I couldn’t see their faces.” Chen Qiang (alias), a recovered patient of COVID-19, ruminates over his experience when he has free time. 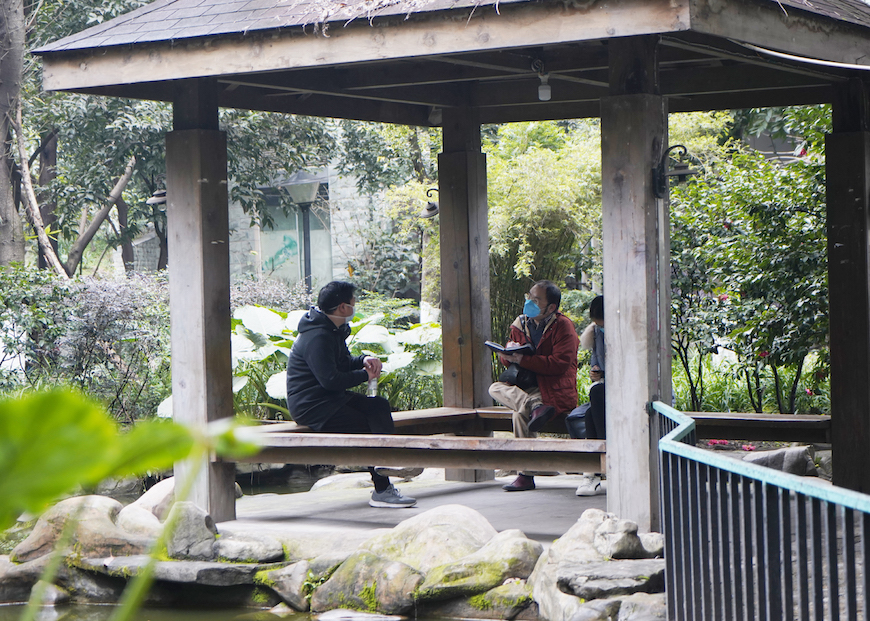 Chen Qiang (alias), one of the first recovered cases infected by COVID-19 in Chongqing

Zhongxian County in Chongqing Municipality is the hometown of 39-year-old Chen Qiang, who is often out on business. On January 10, 2020, he returned to Chongqing from Hankou, Hubei Province, and suffered from headaches and fatigue on January 18.

On January 20, Chen developed a fever, which reached 38ºC at its worst. However, the man thought he caught a cold as working too hard recently.

At 10:00 of January 22, Chen thought he should see a doctor and came to the fever clinic of The People’s Liberation Army No. 958 Hospital. After a thorough inquiry, he was brought to the isolation ward and received more detailed examinations. Two days later, Chen became a confirmed case of COVID-19.

Try to record the names of doctors and nurses

Chen was the only confirmed case in the isolation ward of this hospital. He was not severely ill; therefore, he phoned his wife, who had returned to Zhongxian County two times a day, asking about their son and telling them to stay home. He also chatted with his friends on mobile sometimes.

“Doctors and nurses really cared about me. They said I could make it through as being in good physical condition and having mild symptoms. It was a pity that we couldn’t talk long as they were always very busy,” said Chen.

Consideration of doctors and nurses deeply moved Chen, who decided to show his gratitude to them as soon as recovering. But who are “them”? “They all wore protective suits. I even have never seen their faces.”

Chen thought of the name tag: “They have their names on it!” However, doctors and nurses did not stay long in his ward each time. Chen said: “They were so busy, moving around all the time. I could not see their name tags clearly, besides few characters.” At last, Chen failed to record any of their names.

“Their encouragement is the most powerful cardiac stimulant for me to overcome the disease.”

After discharged from the hospital, Chen frequently thought of doctors and nurses looking after him. “You should ensure the nutrition intake to recover quickly!” “Don’t worry; you are getting better.” “Hold on! You can leave the hospital in a couple of days.” Chen said the encouragement was the most powerful cardiac stimulant for him to overcome the disease.

“I want to thank them, but I don’t know their names or how they look like; when the epidemic situation is over, I will figure that out!” Chen made a decision.