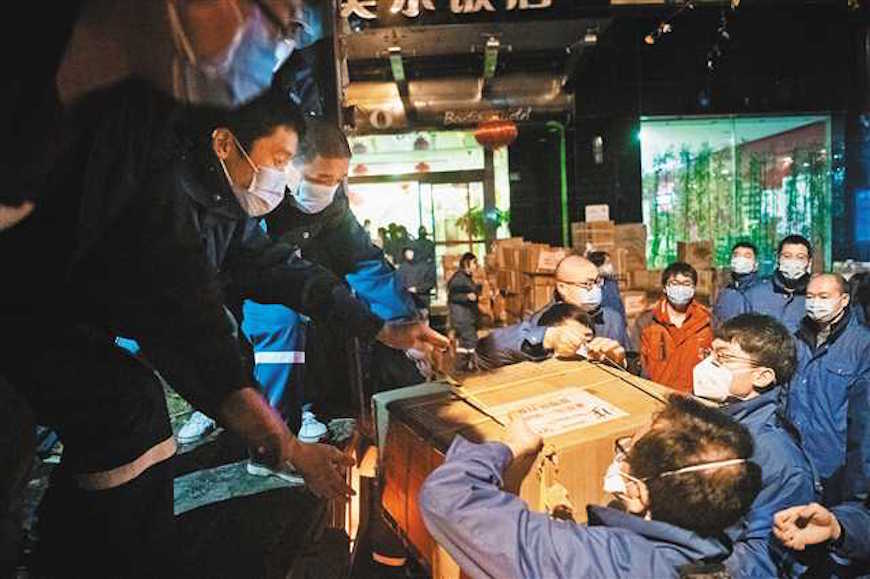 Chongqing– As of 24:00 local time on February 13, Chongqing had reported a total of 529 confirmed cases infected by the coronavirus disease that was discovered in 2019 (COVID-19), according to the Chongqing Municipal Health Commission Friday. There are 27 severe cases, 24 critical cases, four deaths, and 128 discharged patients.

A total of 19,596 people who had close contacts with COVID-19 patients have been traced, 12,504 people have been released from medical observation, and 7,092 people are under medical observation. Suspected cases in Chongqing have been observed and treated in isolation at designated hospitals for further screening.

Manage the source of infection to prevent the epidemic spread

According to Thursday’s press conference in Chongqing, the key to controlling COVID-19 is to manage the source of infection. “Apart from patients, close contacts are potential sources of infection. Effective management of close contacts is of great significance in preventing the spread of the epidemic,” said Zeng Yi, director of Yuzhong District Center for Disease Control and Prevention and chief physician.

Newly-increased close contacts must have centralized quarantine, which promotes early detection, prevents the epidemic spread especially within the household, helps to reduce panic in the community, facilitates the treatment of wastewater and garbage, and concentrates expert resources.  The management of close contacts means concerted efforts of the government, disease control centers, and medical institutions, as well as individuals and families.

The green channel and one-hour customs clearance supported by the Chongqing Airport Group have ensured that 388 tons of medical emergency supplies had arrived in Chongqing quickly. The group has checked more than 620,000 passengers and more than 7,600 flights, and put 270 passengers under medical observation. Chongqing Expressway Group has implemented a 24-hour check for altogether 657,100 vehicles and 1.976 million person-times. Chongqing City Transportation Development and Investment Group resumed the regular operation of buses and rails in time to meet the demand of people returning to work after an extended holiday. The disinfection frequency of bus stations and rail stations increases from twice to three times a day, and more than 550 temperature monitoring points are set up. There is an ample supply of fresh produce in the major stores of Chongqing General Trading Group. Water for people’s livelihood and medical use is also ensured.

The overall confirmed cases on the Chinese mainland had reached 63,851 by the end of Thursday, and 1,380 people had died of the disease, according to the National Health Commission (NHC) Friday. A total of 6,723 people had been discharged from the hospital after recovery. By the end of Thursday, 53 confirmed cases, including one death had been reported in the Hong Kong Special Administrative Region (SAR), 10 confirmed cases in the Macao SAR, and 18 in Taiwan. One patient in Hong Kong, three in Macao, and one in Taiwan have been discharged from hospital after recovery.

China’s daily new confirmed cases of COVID-19 outside Hubei, the epicenter province in the outbreak, have been dropping for ten consecutive days, according to the NHC.

According to Xinhua news, an expert from Wuhan has called upon recovered patients who were infected with COVID-19 to donate plasma at hospitals as antibodies have been identified in the plasma of some patients. Initial results have indicated the effectiveness of plasma transfusion in treating patients diagnosed with COVID-19 infection, said Zhang Dingyu, head of Wuhan Jinyintan Hospital.

Two separate research groups led by China’s top scientists said they had isolated novel coronavirus strains from samples of infected patients’ feces, but further study is needed to prove the existence of fecal-oral transmission. Researchers from multiple organizations, including the State Key Laboratory of Respiratory Disease under Guangzhou Medical University, have successfully isolated a strain of virus from swab sample of an infected patient’s feces, said Zhao Jincun, a member of Chinese respiratory expert Zhong Nanshan’s research group, at a press conference Thursday.