On the early morning of February 27, a China Railway Express train carrying milk powder imported from the Netherlands pulled in to the Xinglongchang Extra Large Railway Marshalling Station on its way back from Europe. After distribution of the goods, it set off for Changsha, Hunan Province. 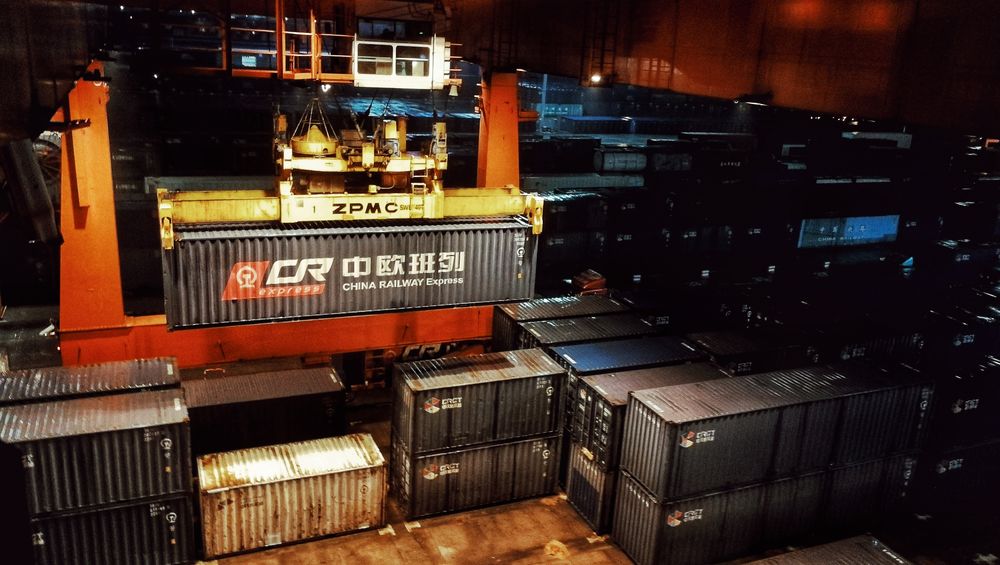 A China Railway Express train carrying milk powder imported from the Netherlands pulls in to the Xinglongchang Extra Large Railway Marshalling Station on its way back from Europe on February 27, 2020. (Photo from Xinhua)

This is the “point-to-point” special line transportation service connecting Europe, Chongqing and other provinces and municipalities in China launched by China Railway Express (Chongqing) after the outbreak of COVID-19.

“Affected by COVID-19, some customers were unable to transport the goods to Chongqing without delay, and some were unable to pick up the goods from Chongqing in time,” said Qi Dan, General Manager of Yuxinou (Chongqing) Logistics Co., Ltd. Qi added that the “point-to-point” special line transportation service allows exports to be assembled in Chongqing by rail and imports to be distributed to the nearest railway stations of customers.

Since the outbreak of COVID-19, China Railway Express (Chongqing) has been operating steadily, with 2 to 3 shifts a day. 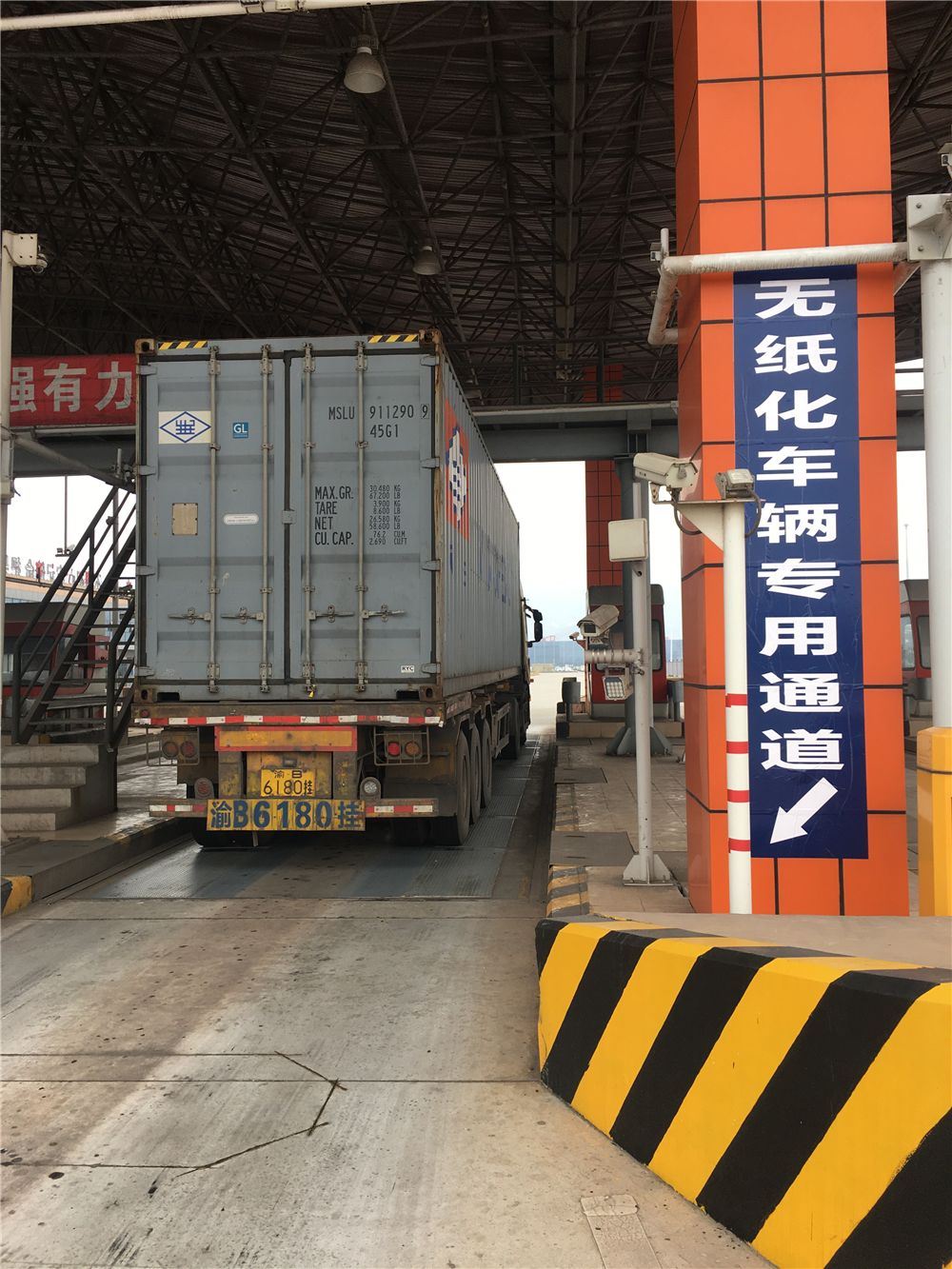 A truck is passing through an unattended barrier gate at the Chongqing Guoyuan Port on February 25, 2020. (Photo from Xinhua)

Chongqing is the starting point of YUXINOU, the first China Railway Express train in China, and New International Land-Sea Trade Corridor (ILSTC). It is also the joint node of the “Belt and Road” and the Yangtze River Economic Belt, the strategic fulcrum of the Western Development Strategy and an exemplary inland city of opening-up.

Chongqing introduced a series of policies and measures while striving for epidemic prevention and control with a view to minimizing the adverse impact of the COVID-19 on open development.

ILSTC also remained stable operation during the outbreak of COVID-19. This year, more than 80 trains of rail-sea multimodal transportation have run via ILSTC, with their destinations covering 213 ports in 88 countries on six continents. Chongqing’s major ports, as important shipping hubs in the upper reaches of the Yangtze River, remain open during the outbreak, thus insuring smooth operation of the Golden Waterway.

At Guoyuan Port, the largest port in the upper reaches of the Yangtze River, cargo ships shuttle back and forth and orange cranes keep hoisting containers onto trucks.

Those trucks passed through the unattended barrier gates smoothly one after another to take containers, with no manpower needed for handover. The paperless platform of containers at Guoyuan Port allows truck drivers to log in to the system on their mobile phones for self-service reservation and guidance on terminal operation.

“The paperless platform could improve the customs clearance efficiency at ports and avoid contact among people, so as to stop the virus from spreading,” said Sun Xiaochi, Director of the Information Department of Chongqing Guoyuan Container Terminal Co., Ltd.

Resumption of production and work

Chongqing is one of the largest places gathering foreign capital in Western China, and its foreign enterprises are resuming production in an orderly manner.

In the Chongqing Plant of Hankook in Chongqing Liangjiang New Area, workers wearing masks were busy with high-end tire production on the production line. Those tires will be shipped to Shanghai along the Yangtze River then exported to the US and other countries by sea.

“Most of the products in the Chongqing Plant are exports. After February 10, we were inspected and trained by the local government and officially resumed production,” introduced Wang Yu, Director of the Plant’s Department of Environmental Safety. 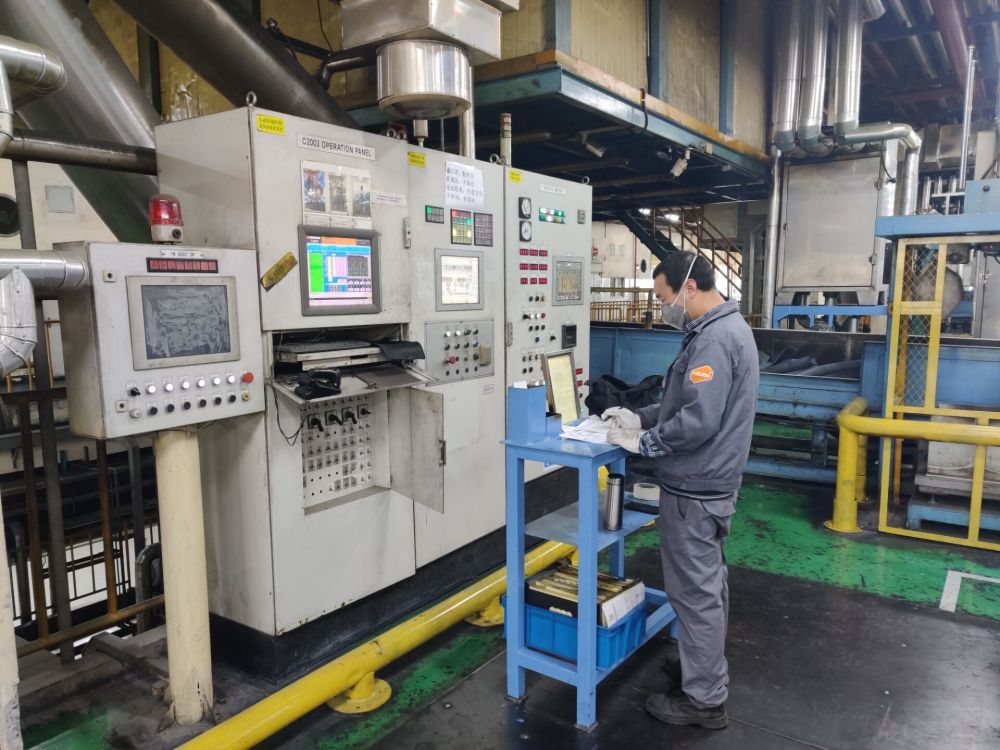 Workers are busy on the production line in the Chongqing Plant of Hankook on February 26, 2020. (Photo from Xinhua)

The plant takes strict measures to prevent and control the epidemic while resuming production. Wang Yu said that the plant requires all the returned workers to wear masks, takes their body temperature and sterilize them as they come in and out, and limits the number of staff dining in the canteen.

Chongqing Liangjiang New Area features the largest number of foreign-invested enterprises and most of those have resumed business. The area has provided enterprises with support in eight fields, including strengthening employment guarantee, expanding effective investment and promoting stable development of foreign trade.

“Before the outbreak, we planned to expand investment in Chongqing and increase the added value of products through technological upgrading. We’ll stick to the plan,” said Wang Yu. He believed that the impact of COVID-19 on China’s economy is temporary, the market of Chongqing and China will still be attractive when the epidemic is over and foreign-invested enterprises is still confident of investment in the market.