China has so far achieved great success in the battle against COVID-19, due largely to the heroic efforts of medical personnel, government agencies, and the general public.

However, smart technology has also played an important role during the crisis. So, in our series ‘Smart Epidemic solutions,’ iChongqing will cover the latest products we can expect to see more in the future. For example, we may well find them in action in companies, hospitals, airports, and even our homes! As more countries deal with outbreaks of COVID-19, we hope that people worldwide can share in the lessons gained in China.

Today, we visited a leading AI developer, Cloudwalk Technology in Chongqing, whose AI products have played an important role in tackling COVID-19 in China.

A Leading AI developer in China

The headquarters of Cloudwalk Technology Co. Ltd are in the Liangjiang New Zone. During our tour of the premises, we saw their research and development staff at work, in addition to examples of smart technology. Examples of these included facial recognition cameras and interactive screens for directing airport passengers. 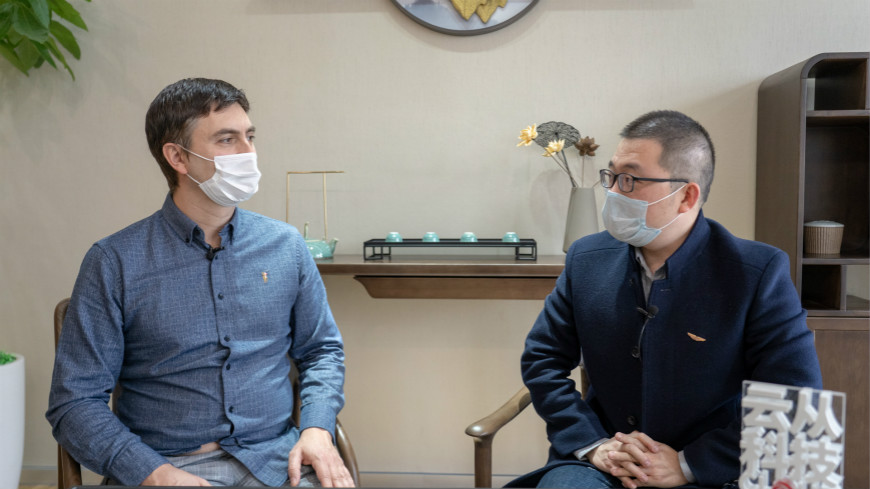 Later, we sat with co-founder and product supervisor Mr. Xiang Zhou, who openly responded to our questions about Cloudwalk.

“We used to be affiliated with the Chinese Academy of Sciences, but established ourselves as a company back in 2015. Since then, we have expanded into other parts of China, such as Beijing, Shanghai, Guangzhou, Nanjing, and Suzhou. We are a developer of AI technology, but during the COVID-19 crisis, we focused specifically on products to help control the epidemic.” Mr. Xiang Zhou introduced.

What function did AI perform during the COVID-19 outbreak?

The ‘Dahong’ facial recognition and thermal imaging system of Cloudwalk Technology have played the most critical role during the crisis. For instance, the system is already in use in an airport in southern China to screen international passengers. Additionally, China Immigration already uses the system on Longxue Island in the South China Sea. Mr.Xiang Zhou expressed. 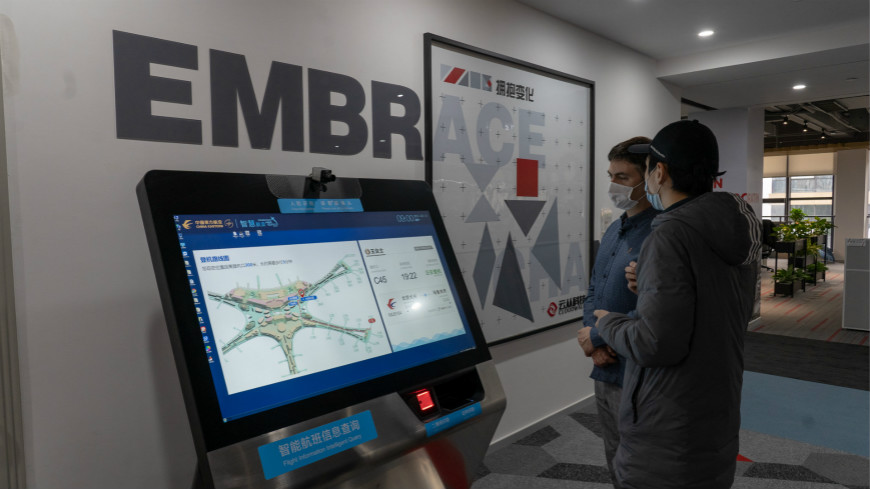 Further examples include their Shanghai AI Island headquarters, and also a residential complex in Beijing.

The advanced facial recognition software and cameras can identify people wearing protective face masks. In addition, the system also detects the body temperature of everybody passing by, even when they are in large moving crowds.

When somebody has a high temperature, fails to wear a mask correctly, or exhibits unusual behavior, the system creates automatic alerts. These can be in the form of notifications to operators, or even verbal messages aimed directly to the individuals in question. As a result, there is less risk and burden to all users of the system.

A key advantage is the ability to compensate for environmental factors, such as hot drinks and other possible heat sources. Even in crowded locations, the Dahong system can accurately measure body temperature to within 0.3 degrees. Consequently, this lowers the risk of cross-infection, as people needn’t wait for manual testing in close proximity to others.

Thanks to favorable government policy and a receptive public, China is now at the forefront in AI worldwide. Furthermore, this is not only in terms of sophistication, but also the level of the current application.

No concerns that AI threatens privacy and data protection

As for the public concerns of privacy, Mr. Xiang Zhou expressed that he personally feels there is no cause for concern among the public. One reason is that the system does not upload data to higher authorities, nor does it share information with third parties. Further reasons are that it encrypts all incoming data, and users cannot make alterations retroactively.

Providing the user organization only sees the data analysis, the public needn’t worry their privacy or data are insecure, he concluded.

Effects of COVID-19 on company operations

Actually, unlike many industries, work never stopped at Cloudwalk Technology headquarters during the epidemic. Mr.Xiang Zhou said that employees continued to work on-site throughout the crisis, while online work applications filled any gaps.

However, there was certainly a disruption to external factors, such as supply chains and the need for business travel. Other than this, they did not see any major effects.

Considering the success of AI technology in China, other countries could also benefit from using the same products. Mr.Zhao suggested.

” The most crucial aspect is to identify carriers and susceptible members of society. Our systems can achieve epidemic control through the use of metadata and geo-coding, in addition to the screening of body temperature and masks,” he said.

Read about foreign enterprises that restarted production during the outbreak.

Inside a Korean firm after Coronavirus shutdown