On the evening of March 18, the fourth and ninth batches of the Chongqing Medical Team Supporting Wuhan, 133 medics in total, arrived at Chongqing Jiangbei International Airport safely. 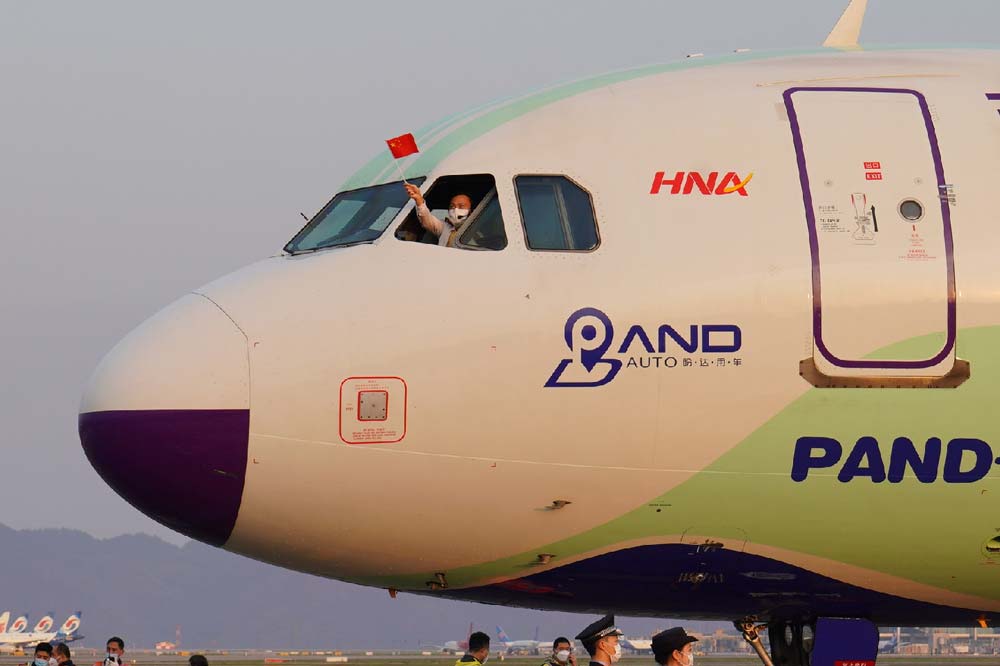 At 18:19 on March 18, in the afterglow, a white plane was slowly landing at Chongqing Jiangbei International Airport.

Two fire engines spewed high jets of water on both sides of the plane and the water formed a “water-gate”. Chongqing gave a reception for the medics with the ceremony of “going through the water-gate” – the highest-standard reception courtesy in civil aviation – to pay tribute to the heroes. 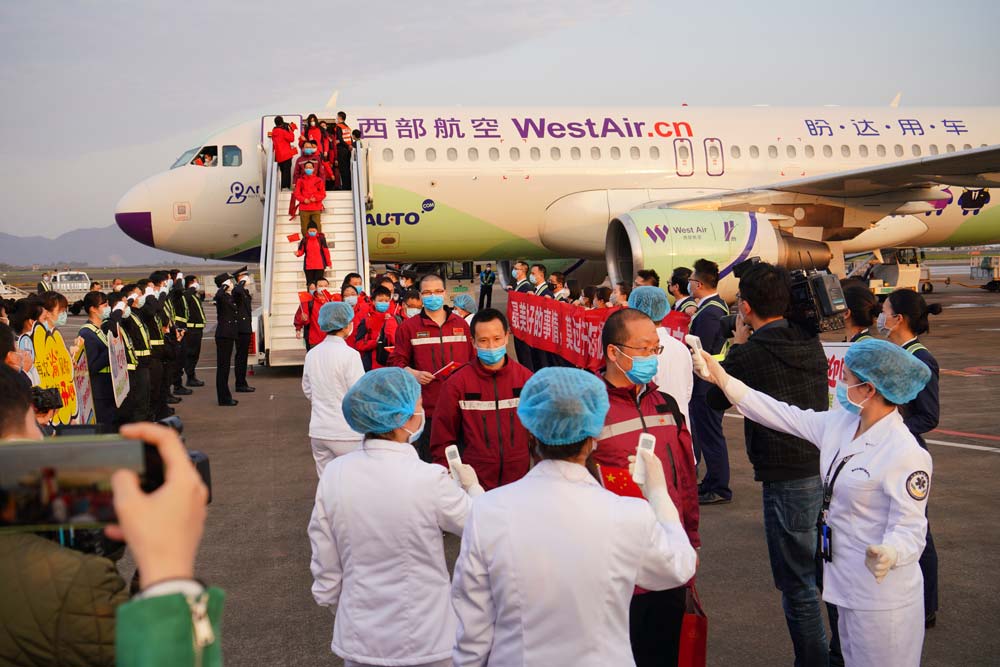 On the evening of March 18, the fourth and ninth batches of the Chongqing Medical Team Supporting Wuhan arrived at Chongqing Jiangbei International Airport safely. 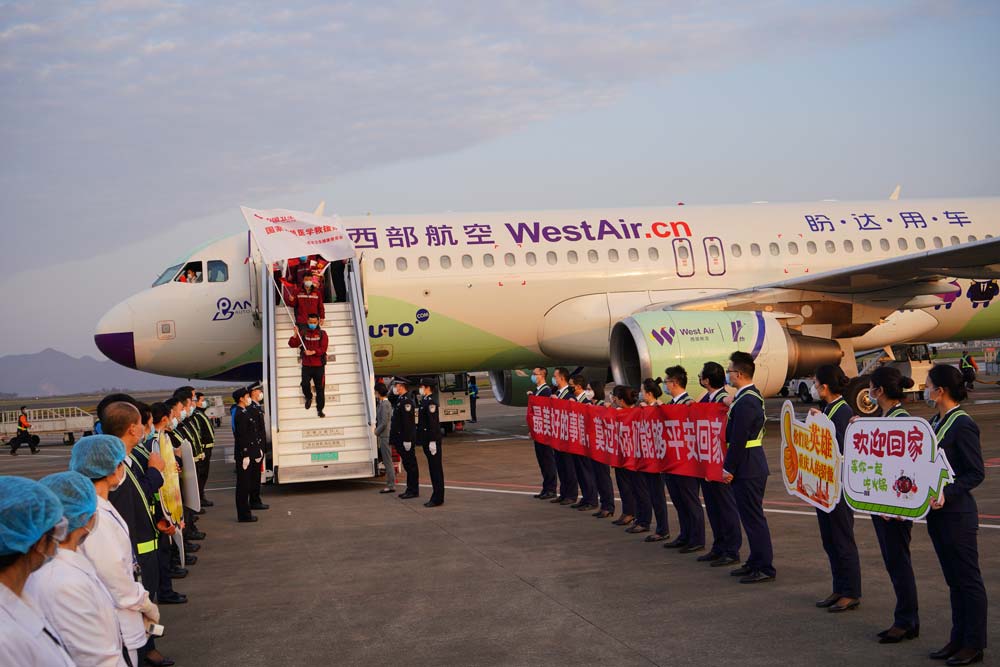 Chongqing gave a reception for the medics to pay tribute to the heroes.

“I will go wherever the country needs me.”

After getting off the plane, Niu Bolin, Leader of the fourth batch of the Chongqing Medical Team Supporting Hubei, said with emotion, “First, I am very moved that the people of the whole country have been united as one in face of great hardships after the sudden COVID-19 outbreak in Wuhan. Now, through our concerted efforts, Wuhan has gotten back on its feet! Second, I appreciate that all the members of our team made concerted efforts to overcome difficulties and accomplished all the tasks excellently.

Who would not be afraid when confronting the unknown virus?  “However, as doctors, there is no shirking of our responsibilities. ” Niu Bolin said that every team member played a role as a master in completing tasks, which made him proud.

According to Niu Bolin, in the early days of enabling Dongxihu Mobile Cabin Hospital, after team members overcame the triple pressures of materials, environment, and psychology, they became the first national emergency medical rescue team to enter the hospital for treatment.

“We just played our roles as doctors”

Sincere gratitude and blessings of patients made Que Qiuhong cannot hold back tears in her eyes, “We just played our roles as doctors.  Wuhan will get better and better!”

As the largest medical team in charge of wards among the five provincial (municipal) medical teams in mobile cabin hospitals, the ninth batch of Chongqing Medical Team Supporting Wuhan took charge of 213 beds in 3 wards of Zhuankou Mobile Cabin Hospital.

“Why do I cry more often”

They are brave fighters when they are faced with the virus. But they have soft hearts.

In Zhuankou Mobile Cabin Hospital, when Zhou Lili, an emergency nurse of Chongqing General Hospital, Chinese Academy of Sciences (Chongqing People’s Hospital), sent a patient out of the hospital, she wept because the patient bowed deeply to her.  “After staying in Wuhan for a long time, why do I cry more often?  ” said Zhou Lili.

What concerns Zhou most is her 15-year-old son.  She did not tell her son about her departure until she set off. Her son gave her great support and comforted by saying, “Don’t worry, Mom. I will study hard at home.”

In the triumphant team, You Qing, who is not tall, stood in the back row. Compared with the photo on the certificate, she was obviously emaciated. You Qing, what she hopes for most is to eat dishes cooked by her mother after backing home. “I have been away from home for such a long time. I miss the dishes my mom cooked so much, especially twice-cooked pork and braised pork with soy sauce!”