The coming of the working plan and mechanism for building Chengdu-Chongqing Economic Circle, as well as major tasks in 2020, marks the official beginning of the national strategy of promoting coordinated regional development.

To promote the construction, Sichuan and Chongqing recently held a video conference as the first session of the Party-administration joint meeting. Both sides reached important consensus on the working plan and mechanism, and major tasks in 2020.

Situated in the middle part of China, the Chengdu-Chongqing region has overcome its inferiority in location. China Railway Express, from Europe, can reach the region across Eurasia within about 12 days. Through rail-sea intermodal transport via the New International Land-Sea Trade Corridor, trains depart from Southeast Asian countries across Indo-China Peninsula and then arrive in around 15 days.

Based on the resources worldwide, Chongqing and Chengdu are integrating into the global industrial pattern. Therefore, this region has risen as the frontier of opening-up from the hinterland of China.

Chongqing and Chengdu have become a significant production base for electronic information and automobiles. There are about 600 Fortune Global 500 enterprises. With the number of consular agencies up to 12 (Chongqing) and 14 (Chengdu), both cities have ranked the first two places in Western China.

Centered on Chongqing and Chengdu, this region, with a population of over 100 million, boasts nearly RMB 7 trillion of economic output. As recent years have seen its top economic growth in China, it can serve as an economic circle and a growth pole to advance the high-quality development of Western China.

“When I first came to Chengdu, Chongqing, and cities alike in Western China over 20 years ago, there were shortcomings in the investment environment such as infrastructure.” According to Shane Tedjarati, Honeywell’s President of Global High Growth Regions, Western China is not what it was. A new development strategy will stimulate the potential and create considerable opportunities for transnational corporations.

As Honeywell has set its branches or offices in main western cities like Chongqing and Chengdu, the west has become Honeywell’s fastest-growing region in the Asia Pacific. 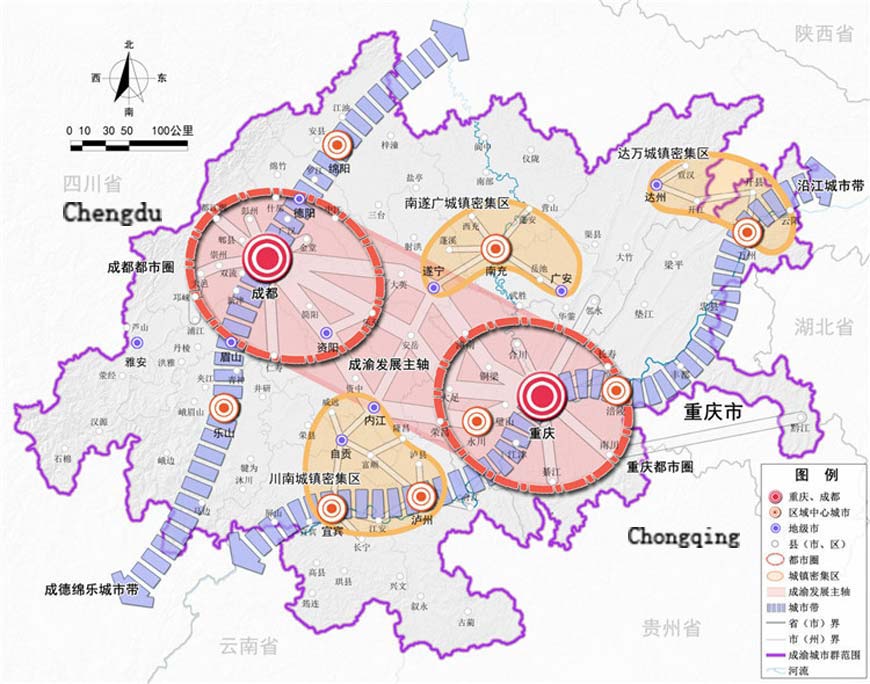 This year, the system strives to guarantee law-based construction. The working mechanism, centered on strategic emphasis, will enhance the development of major projects under the rule of law. This region will then see progressive movement and efficient aggregation of legal professionals, aiming to be an influential legal service center in China.