“Thanks for your hard work! Welcome home! Salute Chongqing’s medical team was returning from Xiaogan!”

“Thanks for your hard work!!” lines of warm words appeared on LED screens of many landmarks in the main urban area of Chongqing.

On the evening of March 23, lines of warm words appeared on LED screens of many landmarks in the main urban area of Chongqing.

Chongqing dispatched a total of 812 medical workers in seven batches to Xiaogan for the prevention and control of the coronavirus disease 2019 from January 26. 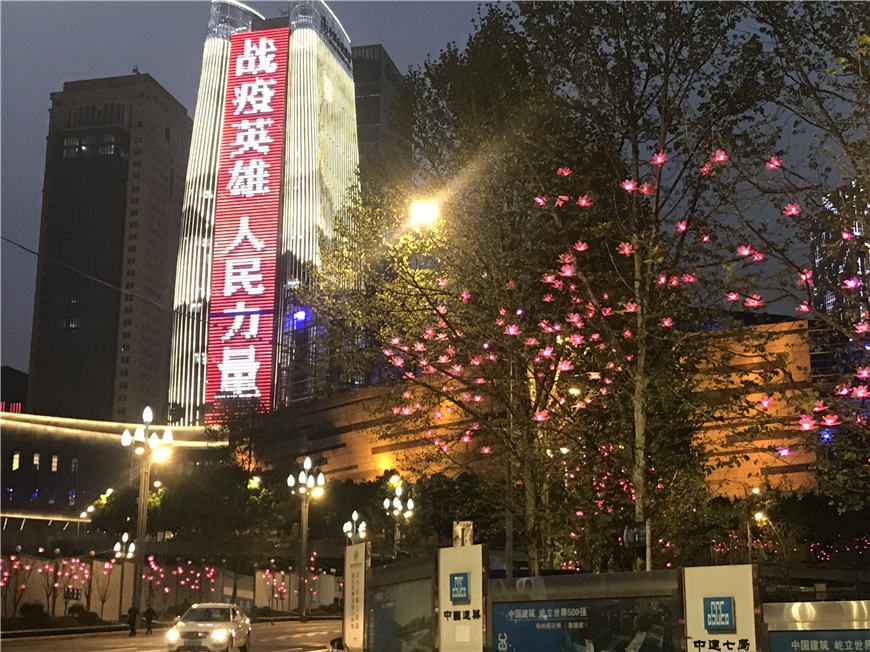 “You are heroes,” lines of warm words appeared on LED screens of many landmarks in the main urban area of Chongqing.

In the past, more than 50 days, Chongqing people always worried about these heroes and looked forward to their return.

Thanks to the joint efforts of medical staff from Chongqing, Heilongjiang, and Xiaogan, there have been no new confirmed cases in Xiaogan for 23 consecutive days.

On the afternoon of March 23, the first batch of 669 medical workers returned to Chongqing from Xiaogan.

On the evening of their arrival, the Ten-screen Interaction in Jiefangbei CBD of Yuzhong District and Jiangbeizui CBD of Jiangbei District, Nan’an Crowne Plaza Hotels, and other landmarks in the main urban area lit up together. Through these screens, Chongqing people expressed their most sincere greetings, saluted to the heroes who succeeded in fighting the epidemic, and welcomed them home!

At 19:00, March 23, citizen Li Qian could barely conceal his excitement when seeing the greetings on the buildings of Jiangbeizui CBD opposite Hongyadong. “They enhanced the beauty of Chongqing!” said Li. His relatives are also front-line medical staff fighting the epidemic so that he could understand the hardships

all medical workers suffered and would pay his respects to them.