My heart is full of avocados. My mouth hasn’t tasted them for weeks. This is a testament to how busy I am, but it’s good to work, and I’m proud to have this opportunity to share my message.

A doctor is on TV saying it’s not healthy to promote mastery of the self and productive uses of quarantine time. How full of shit is that?

I think everyone needs to go at their own speed.

Don’t let me push you past your grief,

don’t let her let you dwell in it when you’re ready to move on.

But realize this is a continuum, and you are strong and can adapt when you’re ready, and it helps to know there are options other than panic.

I decide to take some time away from work and accompany Shaolin on a family day. Baby Ethan is super energetic and we carry and walk him around all over. It’s quite a work out in the sun, and I’m sweating behind my mask. The famous Chongqing heat is starting in force. 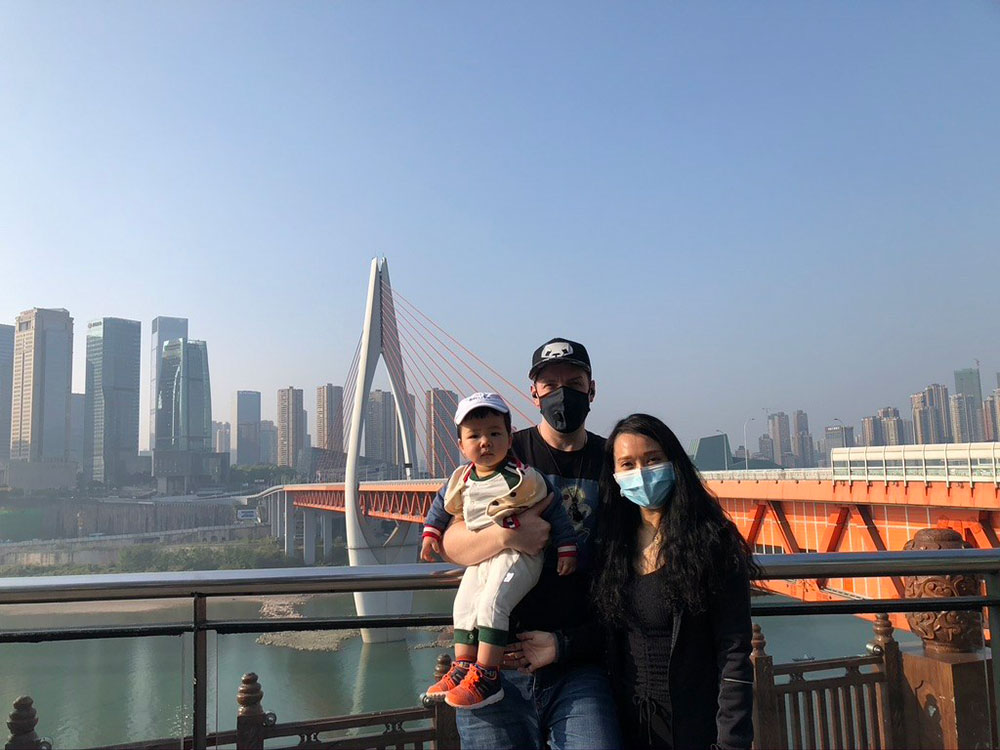 We go the river, see some sights, and I record a video that I end up using as promo for a COVID-19 union conference and some book promo.

I get a phone call, and my boss at iChongqing has set up a press conference. “Already?” I ask. Yes. But the book isn’t out? That’s ok, she says. This is a warm-up. I prepare for the crowd, four or five strangers, maybe?

The night before, my principal Wang, the new leader for the International department, reaches out to congratulate me on the book. We will hold the press conference tomorrow morning in the large academic hall. I’m surprised but take it in stride. One foot in front of the other, and all.

The Queen of England, in a rare talk, encourages us to imagine ourselves in the future, looking back at our achievements. She’s a time traveler too. I wonder if she’s really … 100? or just beams forth when we need her from 1999?

Boris Johnson is now in the hospital, due to the persistent accumulation of his symptoms. The guy is sick.

The Revel Alliance is nearly 500 strong and social media has hit the point on days where a few hundred notifications whirl by and I either click trough mechanically, hoping to find ones that spark joy or just , on the busy days where I’m stuck in the meat realm, working and spending time with my family, must trust in the process of life as a self maintaining system. I killed one thread that that was reported by one member, only to anger another. Yes, I imagine how an intelligent creator, although I do not associate myself with that title often, may have wandered off somewhere between the dark ages and the renaissance when their significant other had said, look I was all well and good with you creating life but you need to strike a balance in the home and perhaps it’s time to unplug from your hobby. I might be a mad one, are they still the good ones?

Ok, so while I slept, Justin Trudeau said, “don’t speak moistly,” and the internet broke. The autotuned remix of him is hilarious and sparks joy. Find me a lossless file, and I’ll give you a D&B remix. Ramen.

Two years ago, I discovered Kickstarter, a platform for inventors, entrepreneurs, and creative types to launch and crowdfund their own projects. I became a super backer, backing over 100 projects in the first half of the year. I’ve helped produce movies, novels, shoes, pants, shorts, shirts, games, dice, headphones, phone cables, and cablecars. The fact that I helped these things get funded, and now, years later, they’re still floating into my quarantine zone to entertain me, has been pretty great. My ‘Ultimate travel onesie’ became my space suit for my 60 days in quarantine. Finally, after two years, I got a call that my ‘Self-cleaning, fast drying and a stay-fresh guarantee; Kanso + Polygiene Stay Fresh technology = the world’s most practical towel’ arrived in Chongqing. The creator, Chris, was so ‘chill’ that he would sometimes go 3 months without an update. I actually got banned from Kickstarter for a month for tracking down his family and asking them to give the backers an update on how he was spending the USD 150,000 we gave him and if any of us were ever going to see a towel at the end of all this. 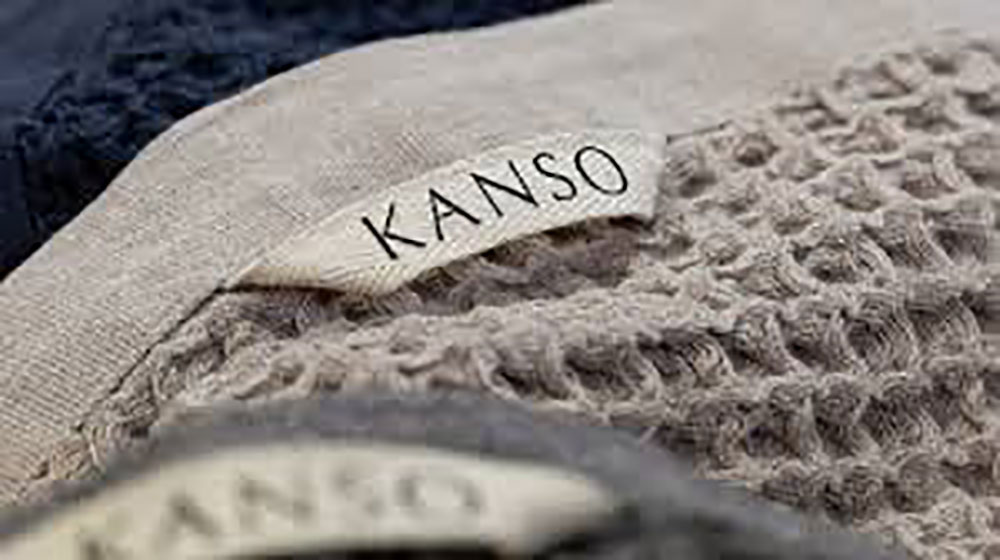 I mean, the first year or so was all excellent, sporadic updates, and an ETA of 2019. When we got into 2020, a full year behind the projected year schedule, people got upset. I mean, two years to make some towels? Even if they were basically magic, self-cleaning, and stay fresh guaranteed. When they finally admitted he’d spent all the money for shipping on more towels and they were parked in Hong Kong, we wondered if we’d ever see them. After sharing a screenshot, I contacted FloShip, his fulfillment folks, and they were able to tell me that, in fact, despite my contribution of USD 210 for … towels… I wasn’t on their list.

We go for a walk and get some snacks, and Shaolin feeds him some spicy Xinjiang meat, and he loves it. It’s sunny, it’s warm, and it’s already summer in Chongqing. Our Vitamin D batteries are full and we’re happy.

If we look back a century to 1918, we had people outdoors in tents and everyone wore a mask, even a cotton mask. What were the positive factors of being outside? Was is it the wind, ventilation, or the vitamin D+. UV from the sun that killed the virus?

But—- when we see people hiking or biking heavy breathing, we need you to cover up your moist respirations as a combination of Justin Trudeau and my cousin, superstar poet, doctor, philosopher Dr. T Wood shared on her social media. I’m in good company again.

Put a pin in this: hemoglobin attack theory re COVID-19.. if you’re interested, google down the rabbit hole, this is exciting research and could explain the contradictory anecdotal evidence that blood types have an effect on infection rates, from A to O.

There are some really cool treatments in the works in animal trials with a very scalable methodology. But it’s some ways off. Trudeau says Canada may be 18 months of this new paradigm, and the USA looks like it’s about to melt down forever. And the idea of everyone on earth just going into their homes at once for 30 days still sounds crazy to most people?

Ten minutes later, Ben Ben is walking around the house wheezing and coughing like an old smoker, and it makes me a bit sad, but he’s hanging in there.

A hundred or so emails later, Chris from KANSO manages to sort me out and get me back on their list, and just a couple of weeks back, in the middle of a global pandemic, the towels arrived in Chongqing. Shaolin was not pleased about any of this, reminding me that towels made in China sell for cheaper at Chinese prices than the kind that are bought by Americans, sent to Hong Kong, and then mailed back to foolish Canadians in China. It turns out she might have had a point because since China Post believed paying over 1000 RMB for some towels was only something a legitimately insane person would do, they hiked another $150USD of re-importation taxes on them.

We were not amused.

We did, however, find out that if they were hypothetically less than 1000 RMB, the taxes would be more like $20 than $150, and that sounded like a good plan. So back to Chris, I went, and surprisingly enough, he offered to give me a “discounted receipt” for USD 129 that would help get the towels in. Since I technically didn’t buy anything but contributed to his business, and he technically didn’t sell anything, he gave me some towels, all this seems entirely frivolous, but trying telling the VOGAN-LEVEL bureaucracy of China post that in fact, money is a figment, time is an illusion, and the towels were a gift. You’d realize that I was, in fact, in hot water without a towel.

I clean Ben Ben’s eyes with a tissue, like a normal person – rather than with my bare hand and Shaolin’s scorn. My hygiene habits have changed forever, for the better, and I think overall, that we’re doing ok. 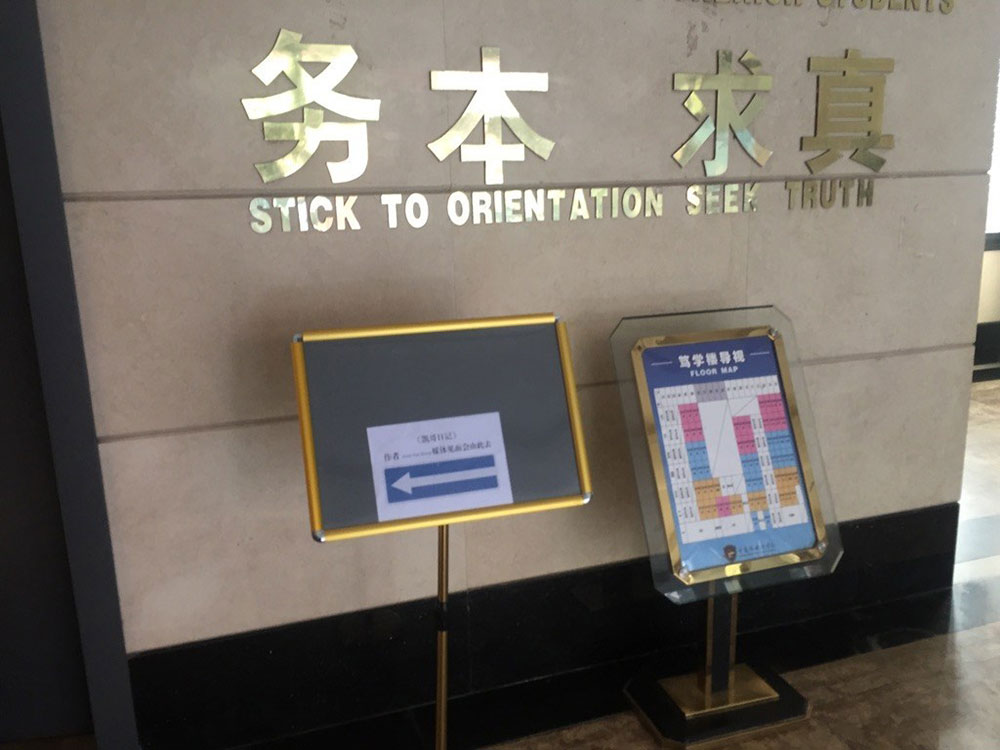 The day of the press conference, I get up early, take care of some business, teach from 9-9:40 and then we make our way to the Academic Hall, the first time I’m back inside the school since January 15, then end of last semester. There’s my name on a sign, media vehicle all over, and some excited looking school staff. 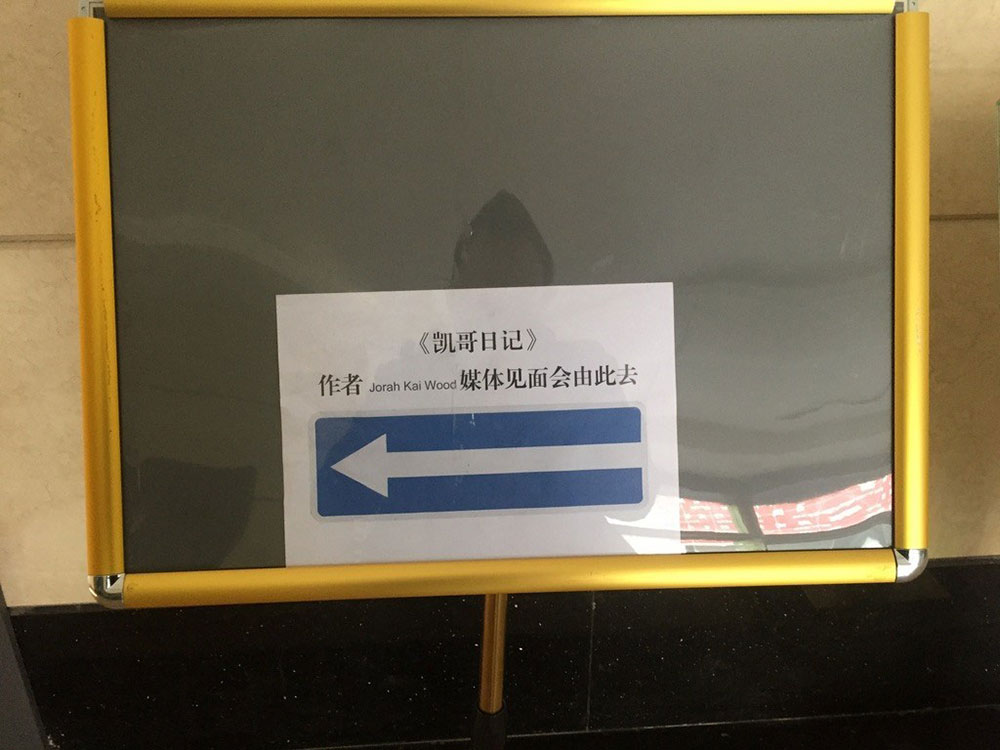 When I made it into the hall, I was shocked. We had a professional superstar host, some of my school leaders, and a sea of media, at least 20 different local and national networks, TV, newspapers, web media, and everything in between, as well as local government leaders. 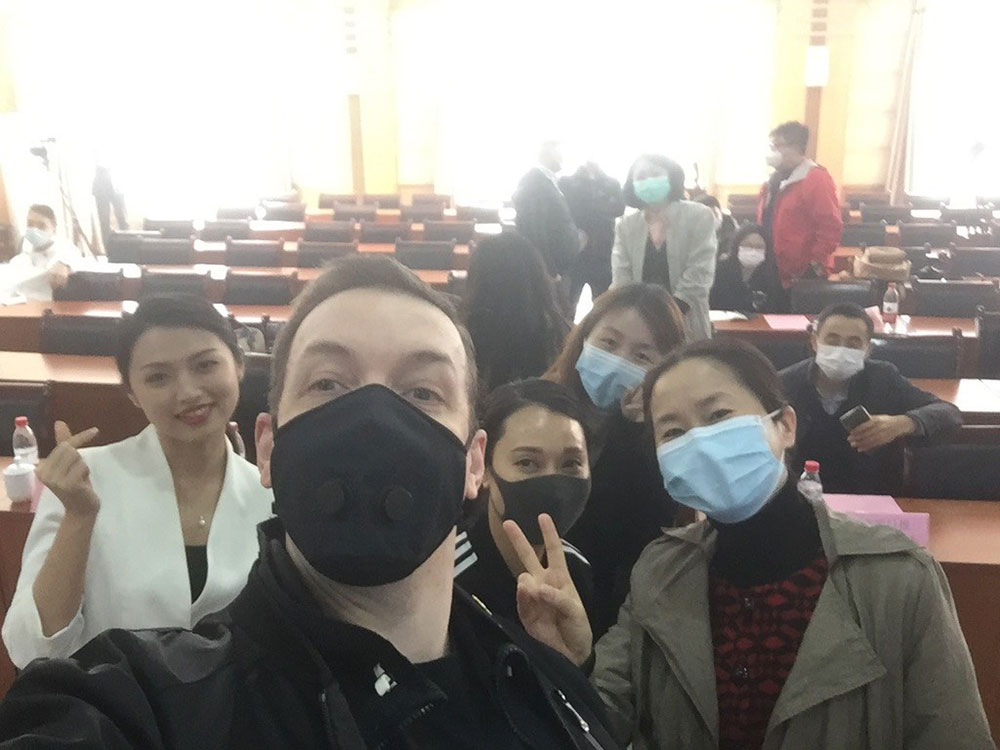 It turns out everyone is excited about my book, and they welcomed my chance to talk about it. I spoke at length about things like exponential growth. Our experience and Shaolin did a great job of translating when she needed help Catherine, and Principal Wang chimed and in, and I realized that some of this stuff is pretty highly technical, but at least I was prepared. I would have loved to see the faces of the principals being caught by surprise– wait? Kai did what now? It reminds me of when I was about 5 years old, and the police showed up at my door, wanting to thank me for stopping a robbery; my mom was sure they had the wrong number but left to my own devices, I’d tossed water balloons out the window and at the cat burglar and here again, left to my own devices, I’ve written a book. I guess I have good devices. 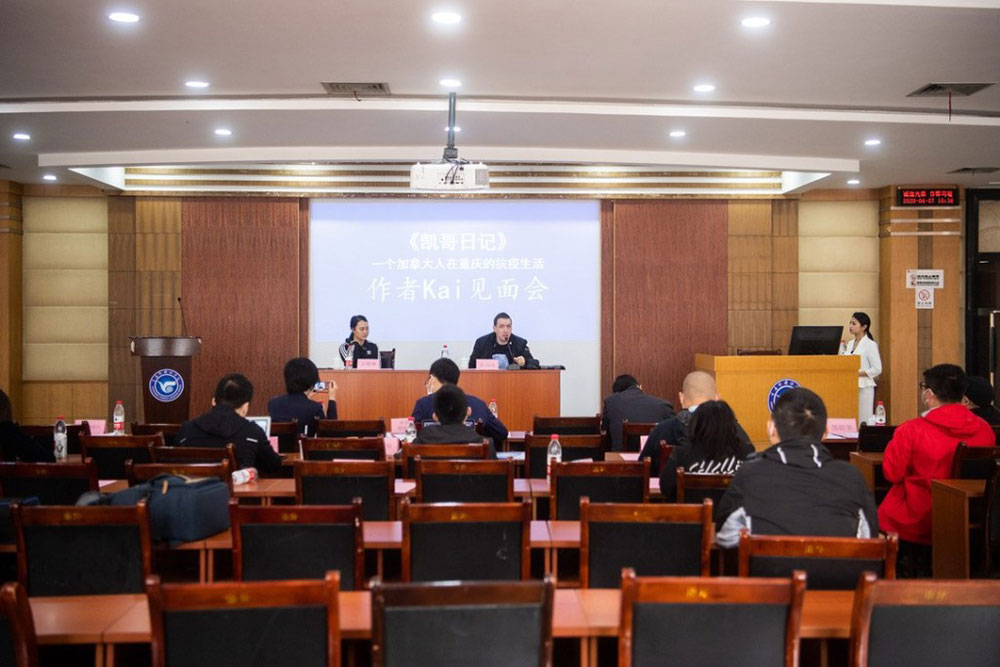 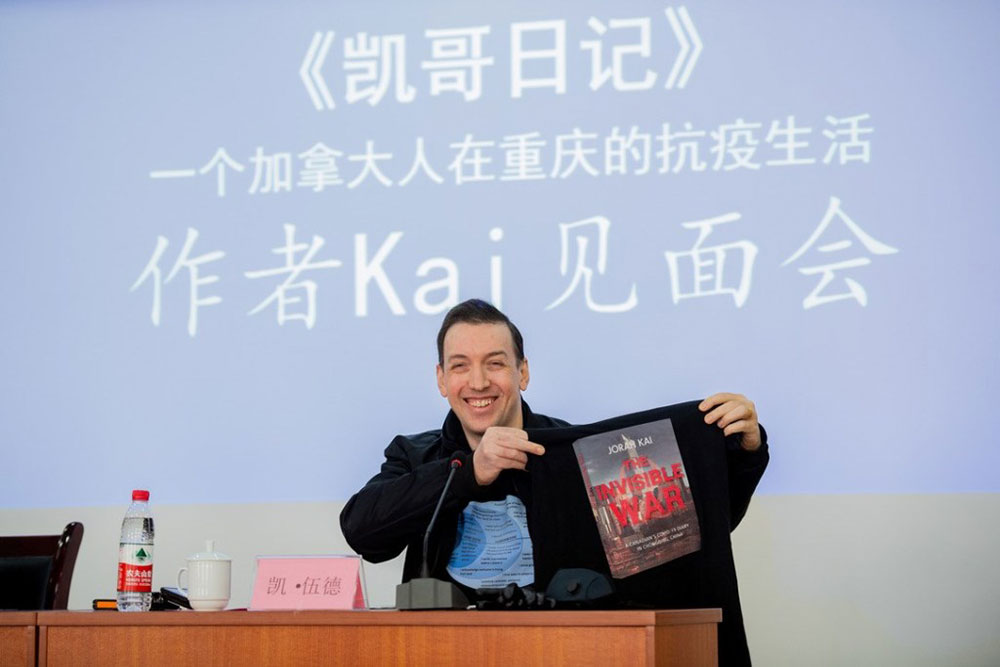 Later, some journalists came to our house — our house! Full of strangers! But they kept their masks on and didn’t touch much, and heck, we’ve all been code green for a month now, so I guess things are mostly ok. 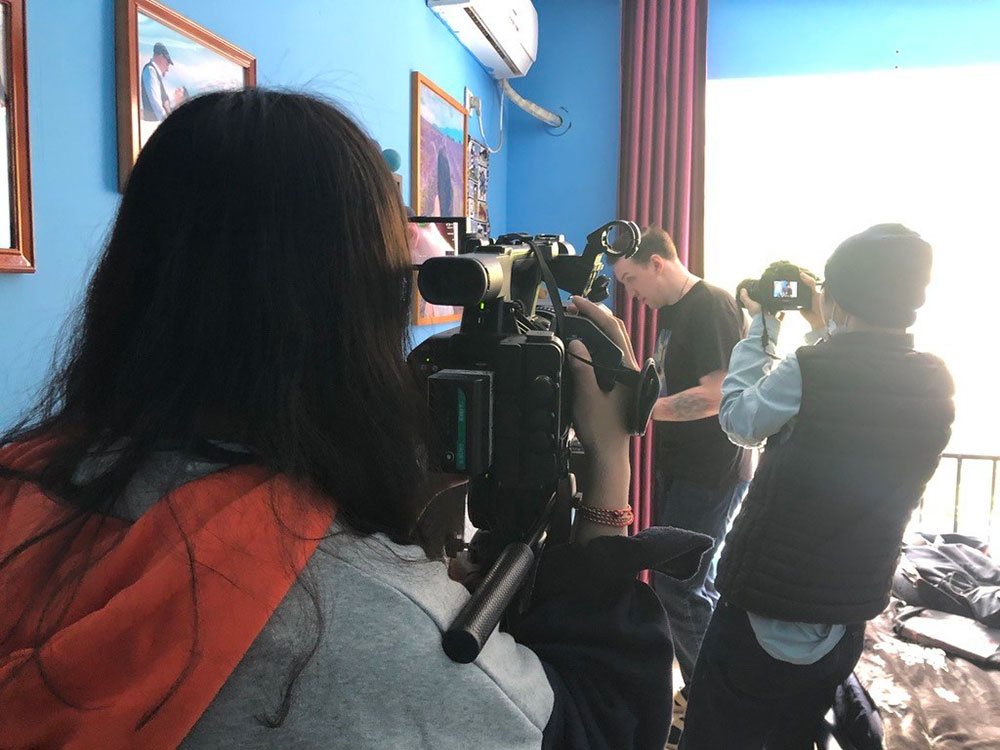 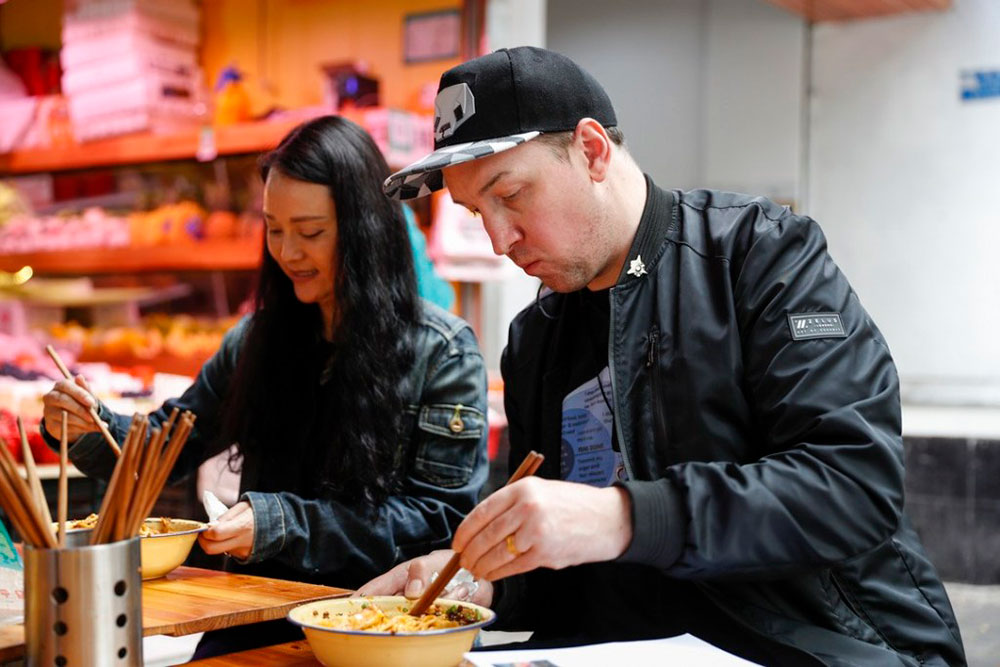 After we went for noodles and ate outside with our masks off, which was remarkable. It was totally normal, except for all the media taking photos of me like I was a visiting royal. Which I guess means none of this really feels like the precious little life we used to know, but we are doing the best we can. 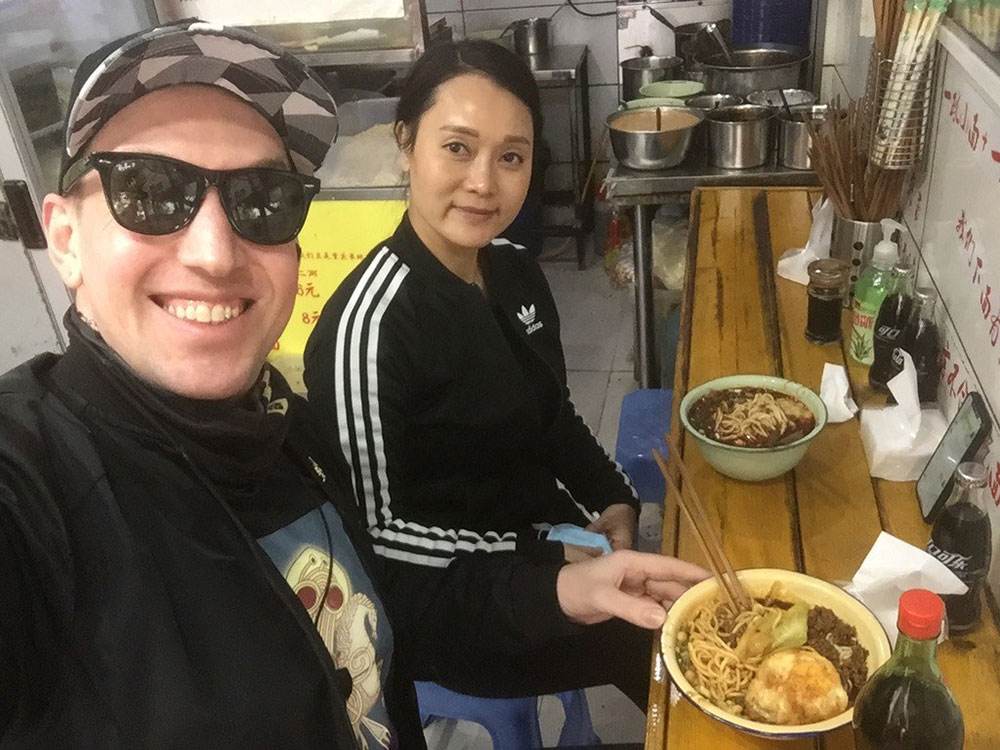 This diary entry is part of Kai’s collection, from an upcoming book titled The Lighthouse, his second collection of COVID-19 diary entries, this one is a collaboration of voices from around the globe. He shares with them iChongqing, and at www.theinvisiblewar.co.