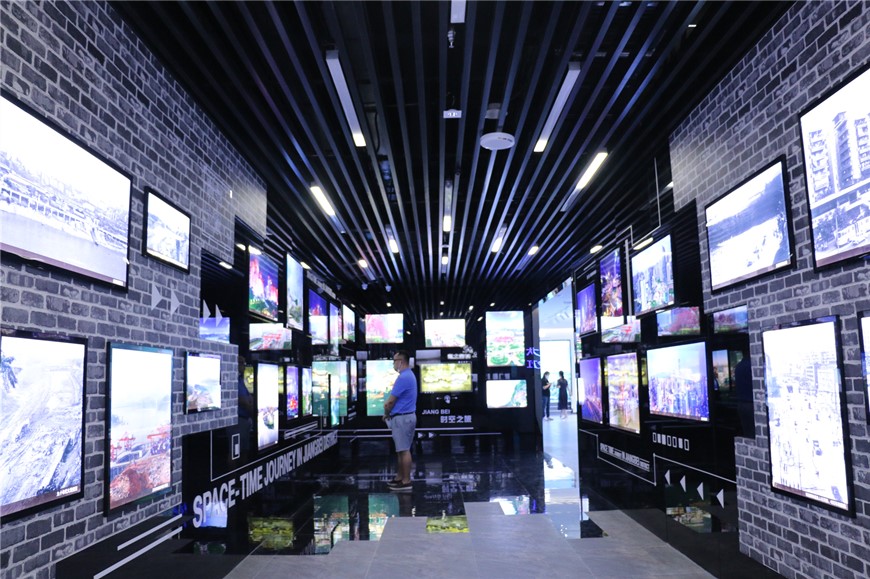 The exhibition center also used digital technology to display some cooperation projects between Jiangbei District and Sichuan Province. For example, the immersive cinema displays that Jiangbei and Bazhong of Sichuan Province signed a strategic cooperation agreement on sister cities. Both sides will give full play to their comparative advantages, such as the rich in natural resources and unique industrial advantages in Bazhong and advanced social governance and smart manufacture and talents resource in Jiangbei. The two-sister city will combine the advantages to promote interactive development. 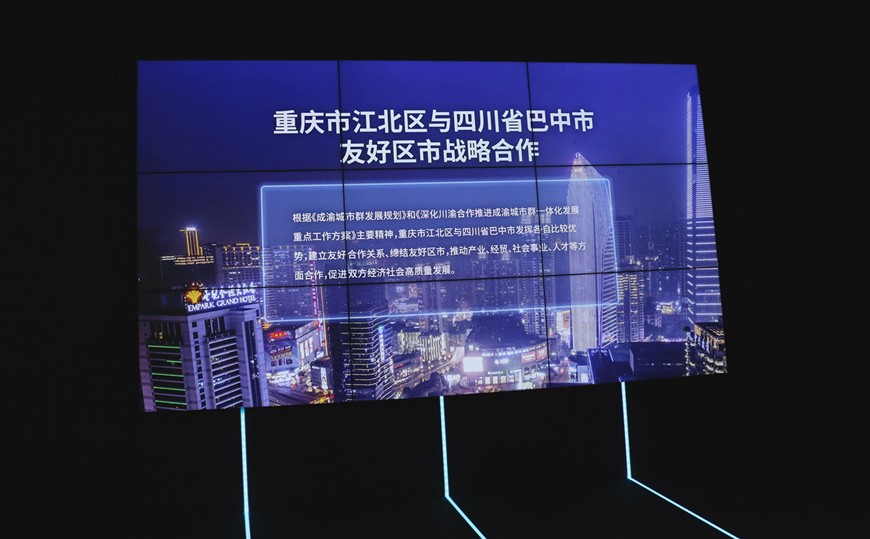 The immersive cinema displays that Jiangbei and Bazhong of Sichuan Province signed a strategic cooperation agreement on sister cities.

On April 23, at the meeting, Jiangbei District made it clear that it would strive to create a “demonstration area” for the construction of the Chengdu-Chongqing economic circle.

In 2019, the region’s GDP reached 124 billion yuan, an increase of 8 percent. The economic growth rate has been above 8% for ten consecutive quarters, and the total tax revenue has reached 23.89 billion yuan, ranking first in Chongqing. 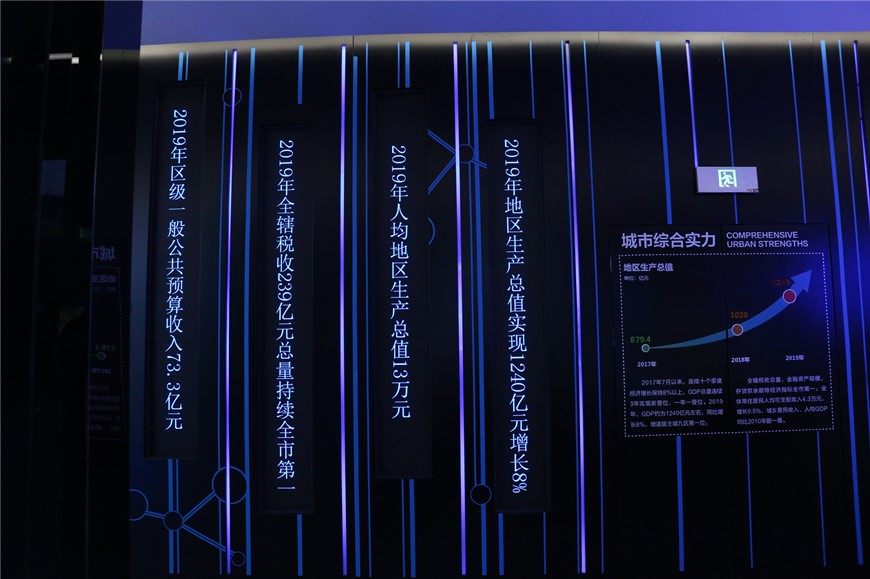 In the first quarter of 2020, Jiangbei’s GDP reached 28.74 billion yuan, with the lowest decrease of 1.4%. The value-added of the financial sector increased by 10.7%, and the actual utilization of foreign capital reached $187 million, up 24.98% year on year. During the May Day holiday, key enterprises in Guanyinqiao business district realized sales of 234.54 million yuan, with an average daily flow of more than 600,000 person-times, showing signs of recovery in the consumer market.

Five aspects of supporting itself to build a “demonstration area”

At present, Jiangbei is accelerating a series of cooperation projects between Sichuan and Chongqing. On March 27, Jiangbei District and Sino- Ocean group launched an online video link to review the new landmark project and accelerate to build an “upgraded version of Taikoo Li” in Jiangbei.

In the first quarter of this year, Jiangbei signed ten formal contract projects, involving an investment of 40.398 billion yuan. COFCO, Xiaomi Consumer Finance, and Savills have settled in Jiangbei. At present, Jiangbei is stepping up its connection with Guang’ an Suining, Luzhou, Deyang, Neijiang, and Qingyang District and Dayi County of Chengdu to establish strategic cooperative relations of regional coordinated development and sister cities.

How will Jiangbei construct the “demonstration zone” of the Chengdu-Chongqing economic circle? One official of Jiangbei District said it would rely on the development space and industrial layout of the five aspects to support. Relying on Jiangbeizui, we will build an inland international financial center and build a western financial center. Based on the Guanyinqiao business district and Beibin road economic belt, it supports the construction of an international consumption center city. Based on Yufu industrial development zone and the Gangcheng industrial park, it supports the innovation and development of intelligent manufacturing and biomedical technology. Based on the China-Singapore (Chongqing) demonstration project on strategic connectivity to support the development of an open inland highland. Based on the promotion and upgrading of Changjiahui Scenic Spot, located in the Jiangbeizui area, it supports promoting Chongqing’s waterfront view.