A Female Correspondent's Stories About Anti-COVID-19 in Hubei 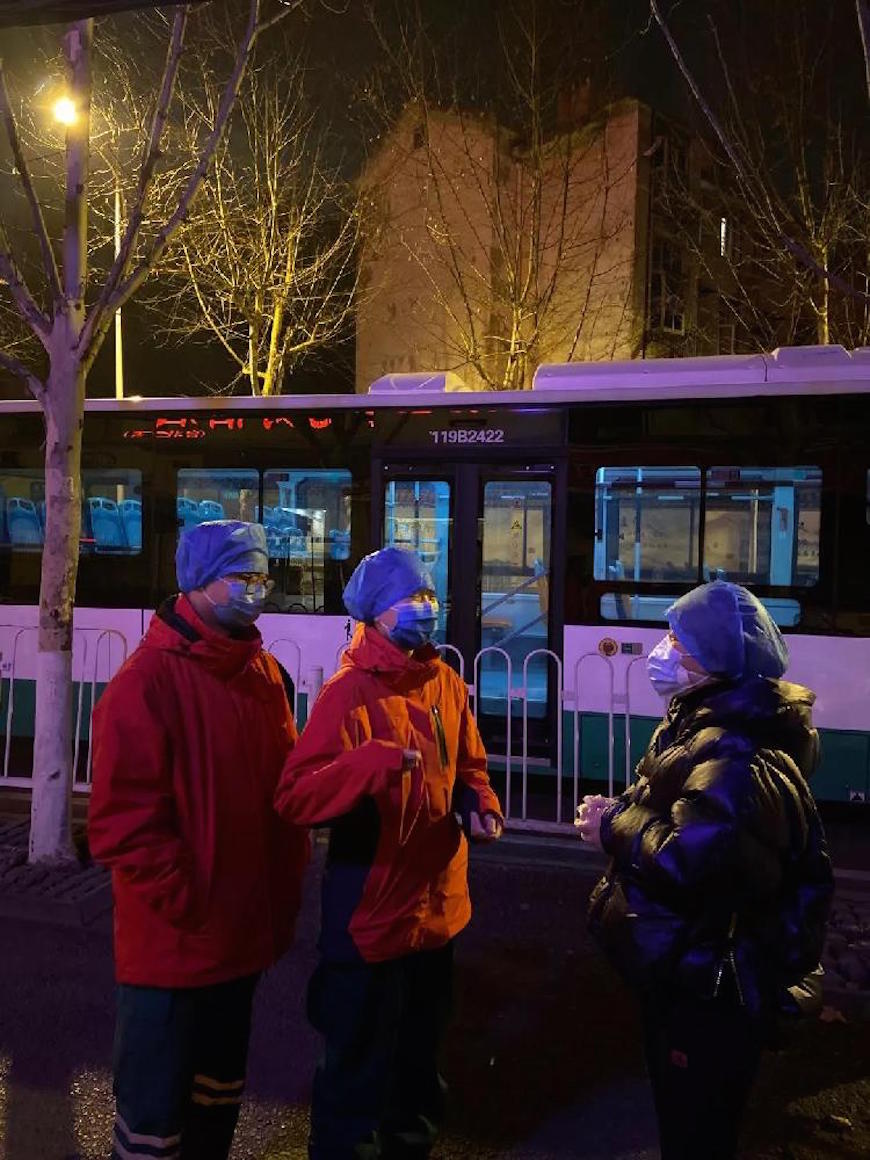 Li Xingting (the first from the right) interviews a post-90s couple fighting against the epidemic in Wuhan.

During my stay in Wuhan, I used to listen to one single song, Mortals, over and over again.

My love for this song emerged at one night because, at that night, the volunteer who picked me up to interview a post-90s couple of the 12th medical team sent to Hubei by Chongqing for fighting against the epidemic played this song again and again.

It was late at night, nearly 12 o’clock, Tang Rui, the husband, was on his way to the resident from work, and his wife, Huang Liping, was going downstairs for work. I was waiting outside the express hotel.

A man, looking like the hotelier in his 30s, stepped out of the hotel, asking me, “are you going to interview that post-90s couple?” “How do you know?” I failed to hide my surprise.

“It’s an unmissable topic,” he replied with excitement, “everyone coming to aid Wuhan deserves to be reported because they are willing to come!”

I didn’t get what he meant at that time. As my interview progressed, I got to understand. 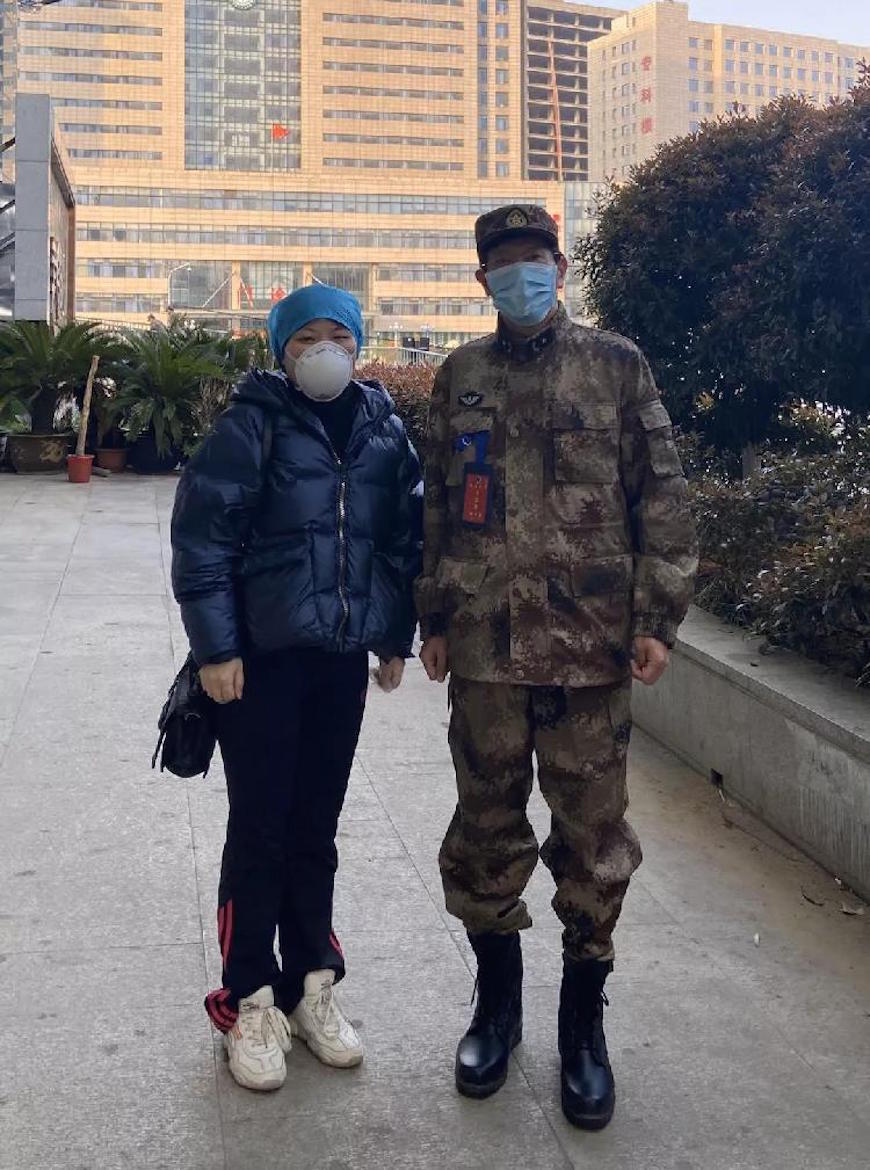 A photo with Mr. Bian Xiuwu in front of the general hospital of Central Theater Command.

On lunar New Year’s eve, the medical team of the Third Military Medical University (TMMU) raced against the clock to assist Wuhan, shocking the entire country. At the general hospital of Central Theater Command, I met Bian Xiuwu, an academician of the Chinese Academy of Sciences (CAS) and professor of TMMU who led his team to Wuhan in early February to promote the pathological anatomy of COVID-19 patients’ bodies, and he looked darker and thinner than before; Song Caiping, deputy director of the nursing department of Huoshenshan Hospital and vice president of the Second Affiliated Hospital of TMMU, led the team to upgrade the quarantine wards in Jinyintan Hospital and Huoshenshan Hospital, buying precious time for treating patients; Yang Shiming, director of the second ward of the first infections department of Huoshenshan Hospital and director of the gastroenterology department of the Second Affiliated Hospital of TMMU, is a Wuhan native taking the initiative to fight against the epidemic without telling his parents who live across the river from where he fought, so he pretended to be in Chongqing every time he called his parents.

“I’m just performing my duty as a military doctor.” Facing the people’s praise, they expressed the same idea. 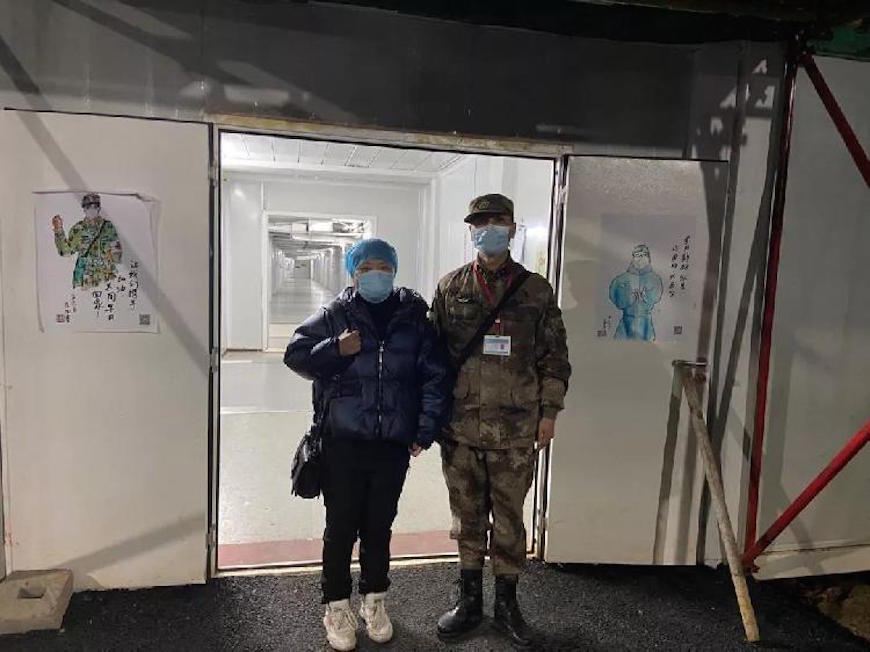 If the interviews with these famous experts could be somewhat regarded as “star chasing”, the interviews with most of the medical staff in Chongqing’s medical teams brought me ordinary touching. During the outbreak, Chongqing sent a total of 815 medical personnel to aid Wuhan. 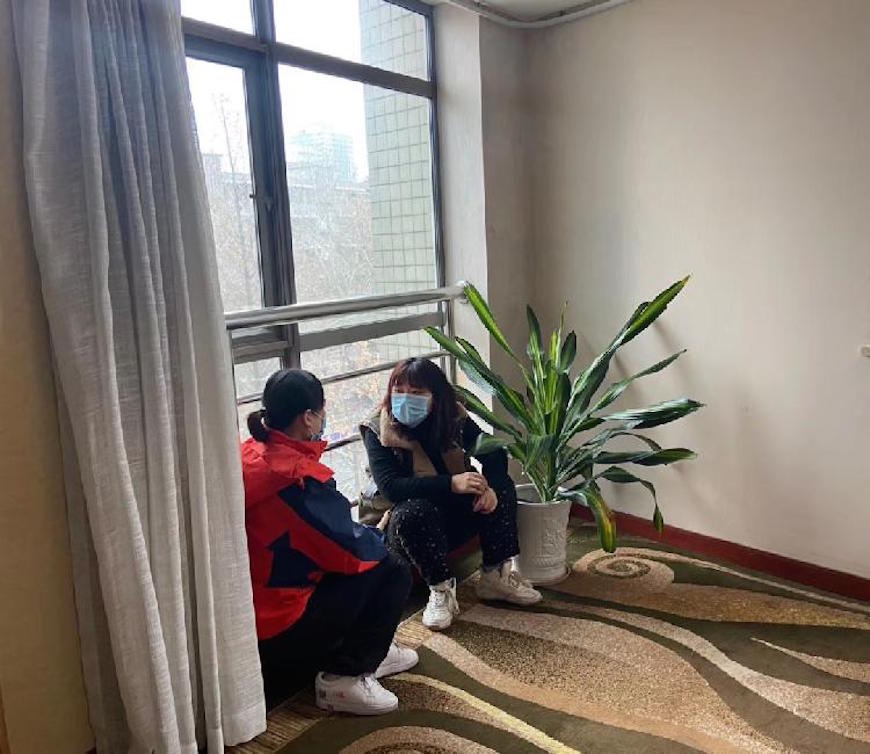 “Can’t be superheroes, we are mere mortals.” In Wuhan, similar people and things moved me like this over and over again. When asked why they chose to aid Wuhan, most of them would look at me strangely: “there is no why, this is what doctors should do.”

The most impressive part must be the reports on A “Love Letter” to Wuhan, written by Wang Yue, a member of Chongqing’s medical team sent to Wuhan. These two “love letters” also tell us stories about ordinary people.

On March 13, one month after Chongqing’s 8th medical team arrived in Wuhan, Wang Yue, a gentle and quiet girl born into a medical family, wrote a “love letter” to Wuhan.

At noon the next day, my friend Xiong Yi sent me a reply written by Xiong Yuewei, a teacher at South-Central University for Nationalities. Due to my career instinct, I realized that the two letters had become a complete news event.

In the phone call with Mr. Xiong, he sobbed for several times.

That drew my tears.

Our interview took place in the hall of a bank in Hongshan, where we sat on the ground. As a native whose family has lived in Wuhan for four generations, Xiong Yuewei described to me how Wuhan used to be lively and bustling in the past, but quiet amid the outbreak. “They come to aid Wuhan in such a harsh time, and we are hence deeply bonded together.” With tears in his eyes, he told me that it was the unity of the entire Chinese people that enabled us to win the battle against the epidemic. Wang Yue expressed all people’s love for Wuhan in her letter, and the people of Wuhan are sincerely grateful to all the medical staff, he added, if he did not write the reply, other Wuhan people would do.

“Who are the real heroes? We, the mortals.” During that period in Wuhan, these events touched my heart, one after one, through which I got to understand what the hotelier meant. In fact, not only Wang Yue, many medical team members have written letters or poems to Wuhan, in which we can see each ordinary yet great soul shining. 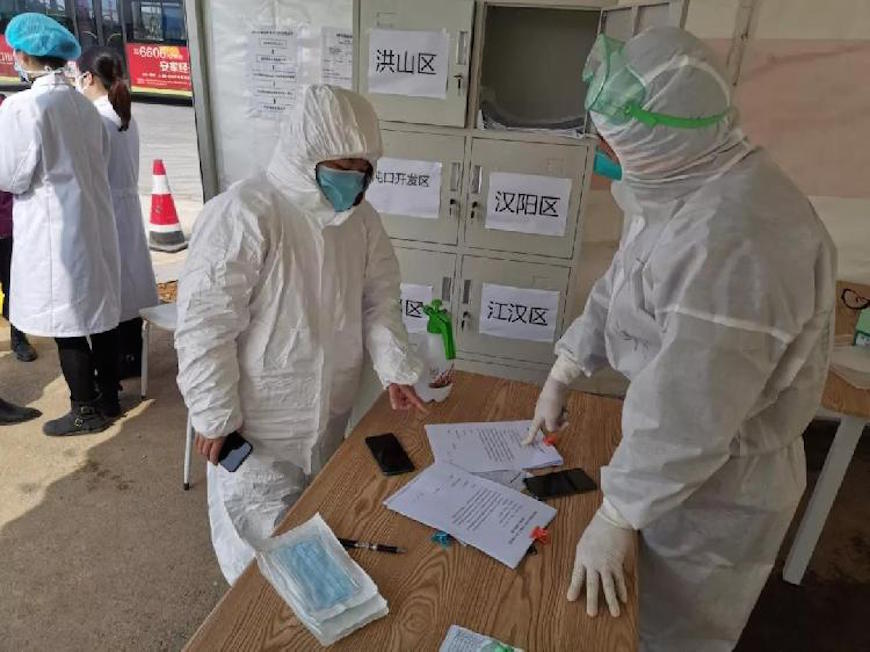 After a total of 38 days in Wuhan and 14 days of quarantine, I came back home, feeling unfit with the colorful and lively world.

My parents didn’t know that I was departing for Wuhan when I left. It was noon, my dad went downstairs, and my mom was in the bathroom, I took the time, leaving home with a suitcase. Getting a call from my mom on the way, I lied to her that I needed to go back to Nan’an District for some time due to work. She replied, “I just bought a chicken for stew for you.” I heard the voice of sadness inside me.

Now, the loquat trees downstairs bear green fruit; Along the streets, hot pot restaurants, vegetable markets, and coffee shops give off inviting smells. Life is pacing forward as it used to be. 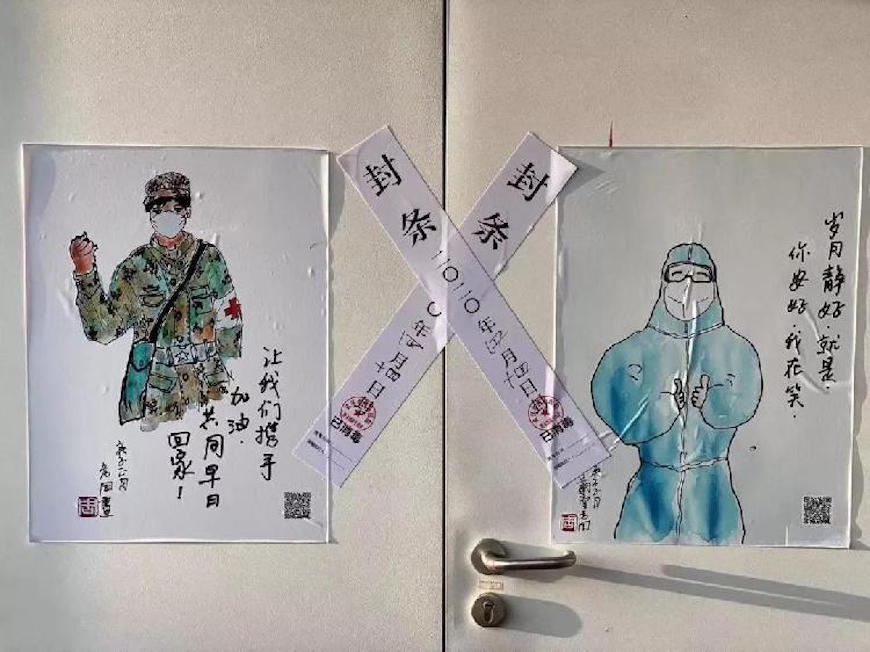 With confirmed cases reduced to zero, Huoshenshan Hospital closed its access to the work area.

Some things have quietly changed. Some regrets are hidden in my heart.

If given the same chance, I would make the same choice. When next spring comes, I will go back to Wuhan, to see the city that was once bleeding but braved the epidemic and stood up again. From February 21 to March 29, an unforgettable period, during which I was in Wuhan, was doing what a journalist should do.