On May 10, Chongqing held a conference to promote online consumption by vigorously developing the new formats and new modes of the “three online” (i.e., online formats, online services, and online management), and officially launched the Action Plan to Accelerate the Livestream Marketing. Chongqing will vigorously implement the 2111 project for Livestream marketing, revealed relevant persons in charge of the Chongqing Commission of Commerce. By 2022, Chongqing will strive to achieve an annual turnover of over RMB 10 billion for live streaming e-commerce and become a city of application and innovation for live streaming.

Cao Qingyao, Secretary of the CPC Rongchang District Committee, who came to Chongbao Shangyou live broadcast room to market Rongchang specialties personally and give out surprise gifts to netizens.

When leading cadres become hosts of Livestream shows rather than delivering speeches in formal wear to the public, how attractive and creative can they be? Some party and government leaders of the four districts and counties took a chance on live streaming, which can be regarded as a “touchstone.”

This, however, is just an epitome of how live streaming has become trending in Chongqing.

As of April 2020, the number of farmer live streamers in Chongqing had doubled compared with last year, covering all districts and counties and live streaming over 10,000 times; on Taobao’s food sales Livestream channel, one out of every ten live food broadcast rooms is from Chongqing. Especially since February, the food and catering industry in Chongqing has shifted to the online sector, driving the growth rate of live streaming, ranking first in China. 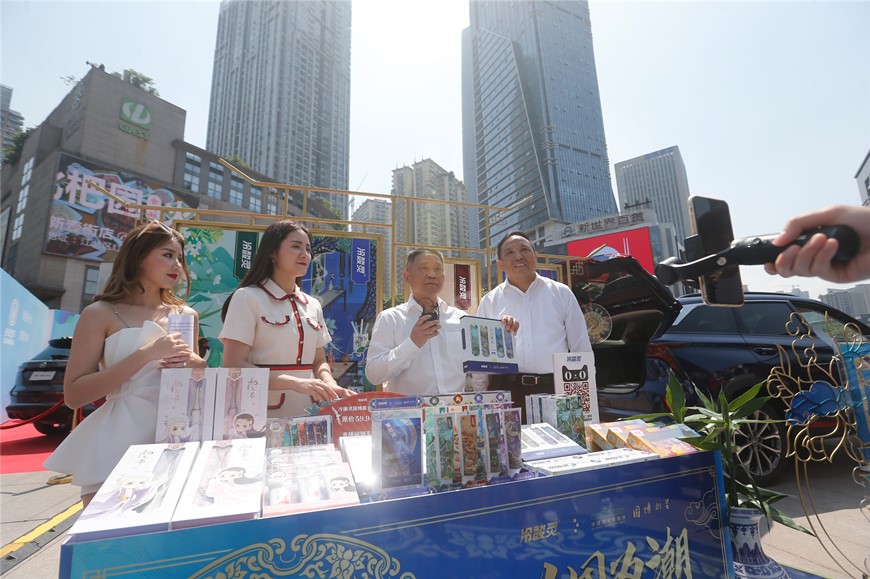 Livestream marketing is a new engine to boost Chongqing’s consumption.

The effect of Livestream marketing lies not only in the sales results of each Livestream show. More importantly, live streaming marketing has generated a continuous drive to promote consumption and become a new engine for Chongqing’s consumption.

“As a new business model, live streaming marketing is a commercial force with strong vitality,” indicated Shen Hongbing, professor at School of Economics, Chongqing Technology and Business University. The coordination and integration between this force and the government’s poverty alleviation force, featured with the nature of public welfare, will be conducive to promoting consumption and driving targeted poverty alleviation through live streaming e-commerce.

In the next step, Chongqing will start with the Action Plan to Accelerate the Livestream Marketing and introduce consumption promotion policies at the same time to boost consumer confidence, release the restrained and frozen demand for physical consumption and service consumption, and accelerate the economic recovery.