This year, the Report on the Work of Chongqing Municipal People’s Government proposed to promote the coordinated development of “one area and two clusters.” One area refers to the main urban area. How can we develop the main urban area?

On May 9, Chen Min’er, Secretary of the CPC Chongqing Municipal Committee, presided over and addressed the Chongqing main urban area work conference. At this point, the concrete development scheme of Chongqing’s main urban area started to materialize. 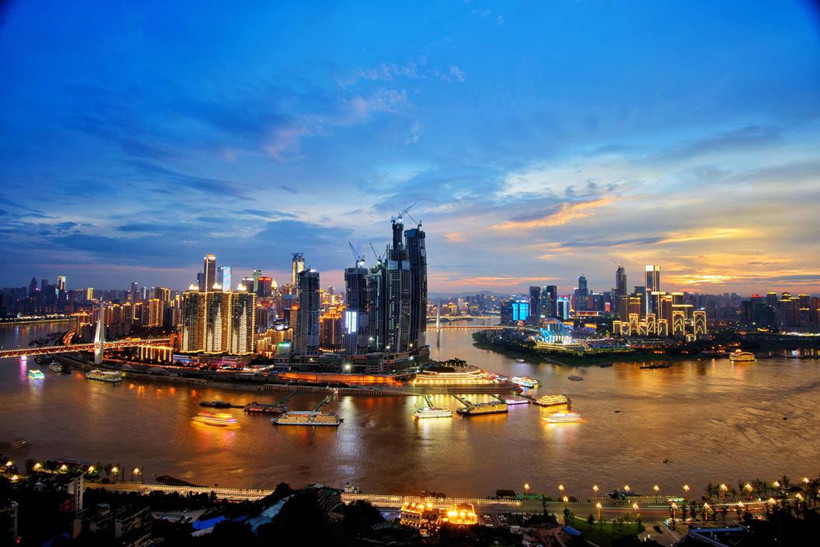 Composed of 9 districts in the central urban area and 12 districts in the new main metropolitan area with an area of 28,700 square kilometers, Chongqing’s main urban area is an advantageous area for critical development, an important growth pole for high-quality development and a core engine of Chengdu-Chongqing economic circle. In the meanwhile, it is also a leading area for industrial upgrading, a source of scientific and technological innovation, an experimental field for reform and opening up, and a livable area for a quality life.

Major districts include Rongchang, Dazu, Tongliang, and Tongnan. The major goals planned include: Giving full play to the central advantages of Chengdu and Chongqing; keeping a foothold on the advantages of portals and industrial characteristics; strengthening the allocation of public facilities such as education, medical care, and old-age care; attracting population and industrial agglomeration; rapidly enhancing comprehensive strength; growing Chengdu-Chongqing economic circle into a growth pole for the rise of central China; jointly cultivating large cities, and working together with neighboring areas in Sichuan for integrated development,

The major planning goals of the “Two Rivers and Four Riversides”: The overall 50-square-kilometer improvement area, consisting of the 16-square-kilometer Changjiahui big scenic spot and its neighboring regions, is the landmark, soul, and essence of Chongqing. The goals are to strengthen the control of style and form historical and cultural landscape attractions, scenic city meeting rooms, and commercial and business centers.

The central urban area consists of Yuzhong, Dadukou, Jiangbei, Nan’an, Shapingba, Jiulongpo, Beibei, Yubei, and Ba’nan Districts. The significant goals planned are to build a central history mother city, eastern eco-city, western science city, southern cultural city, and northern wisdom city. Each of the five sectors has its theme to form a highlight, and meanwhile, it is compatible with and takes into account diversified development to avoid single and identical development.

Important strategic pivot districts include Fuling, Yongchuan, Hechuan, and Qijiang-Wansheng. These are the regional centers participating in the spatial division of labor in the construction of the Chengdu-Chongqing economic circle and the main urban area. The significant goals planned are to give full play to the full advantages of location, industry, and scale, cultivate industrial clusters, strengthen the function of regional transportation hubs, radiate the traditional hinterland, and relatively independently support Chongqing in implementing national strategies, and link up with surrounding areas.

Pioneering districts for urban integration include Bishan, Jiangjin, Changshou, and Nanchuan. The major goals planned are not only to maintain an independent urban pattern, but also to accelerate integration with the central urban area in transportation facilities, the industrial division of labor, functional support, and other aspects, to participate in industrial transfer and division of labor, to undertake major functional layout, to attract population agglomeration, and to become an organic composition of the central urban area.