The construction of a large number of key projects, such as the innovation centers of Northwestern Polytechnical University (NPU) and Beijing Institute of Technology (BIT) and the research institute of the East China Normal University (ECNU) located in Chongqing has been accelerated. So far, the zone has attracted 21 top scientific research institutes from all over the world.

In the near future, the zone will become a place for them to display the most advanced technologies, the most high-quality projects, and the most top talent. 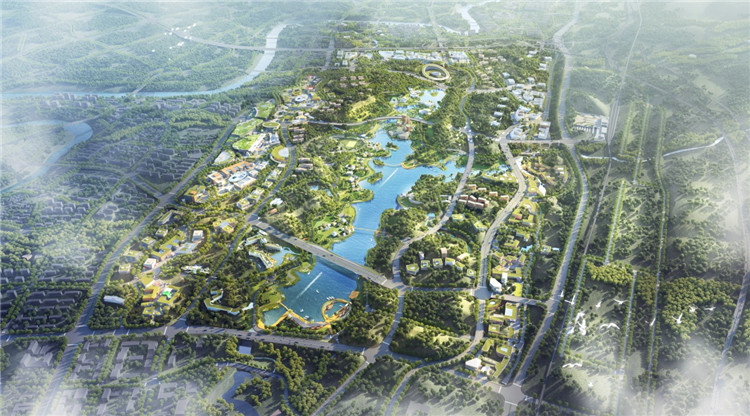 The innovation chain has been deeply integrated with the industrial chain

In February this year, the millimeter-wave radar project built by the BIT innovation center in Chongqing was officially launched in Liangjiang New Area, which will help make driverless vehicles more sensitive. The output value is expected to exceed RMB 100 million within three years.

Since its establishment, the center has established comprehensive cooperative relationships with Chana Auto, China Automotive Technology and Research Center Co., Ltd., and Chongqing Hongyu Precision Industry Co., Ltd., and is promoting the commercial transformation of more than ten scientific and technological achievements such as automobile radar and slope disaster monitoring technology in the Three Gorges reservoir region.

According to rough statistics, 21 universities and research institutes settling in the zone have carried out a large number of scientific researches in emerging industries such as epidemic prevention, industry, environmental protection, artificial intelligence (AI), emergency rescue, and aerospace.

As the area enjoys the most dynamic scientific and technological innovations in Chongqing, Liangjiang New Area is attracting a number of high-level personnel. And the collaborative innovation zone alone has attracted more than 600 high-level competent people.

At present, based on the strategy of invigorating the city with science and education and strengthening the city with talent, Liangjiang New Area has also built key platforms for talent introduction and cultivation, such as the overseas student venture park, the base for overseas students to serve the country, the western returned scholars association and Liangjiang digital economy industrial park, making it an increasingly favored place for innovation and entrepreneurship.

In November 2019, Liangjiang New Area officially released the policy documents, including Opinions on Implementing the Strategy of Building A Strong Talent Zone to Promote High-Quality Development and Ten Talent Measures, which made innovations in the mechanism, policy, method, platform and service of talent development.

The zone has promoted the integration of science and technology, culture and ecology

“When designing and planning the overall structure of the Chongqing Liangjiang Collaborative Innovation Zone, it was proposed to take ‘half landscape, half city’ as the principle, and the ratio of ecological land, land for industry-university-research cooperation, and residential land was 3:2:1,” said Wang Fei, head of the zone.

Therefore, within 30 square kilometers, the zone has five parks and more than ten green spaces, with a forest coverage rate of more than 50%.

According to the plan, the green travel featuring bus transportation plus walking will be realized in the

zone, and a 5-minute life cycle for scientific research and a 10-minute ecological experience circle covering the whole public places, meaning that residents can get to these areas within a 5-minute and 10-minute trip respectively, will be built.

Chongqing Liangjiang Collaborative Innovation Zone is striving to build itself into an influential leading area pooling global innovation elements together, a cooperation leading area facilitating collaborative innovation between universities and major research institutes, and an important source of technological and industrial innovation as well as emerging industries. It is now becoming an innovative and smart city that can make those who are near pleased and attract those who are far away.