BEIJING — On May 21, China’s top political advisory body started its annual session Thursday afternoon in Beijing, raising the curtain of a key season in the country’s political calendar which also includes an annual gathering of the national legislature to open Friday. 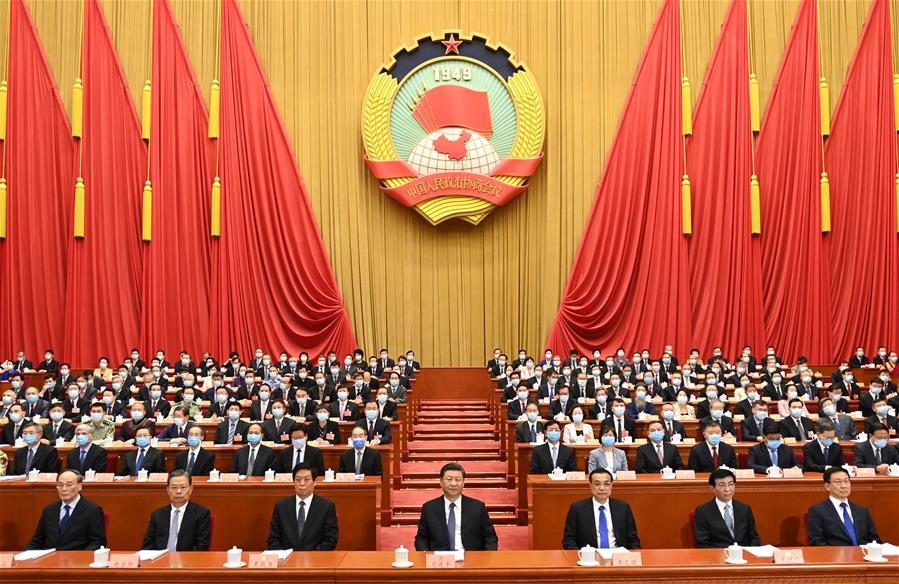 The session will pool the wisdom and strength of political advisors to help secure a victory in poverty eradication and complete the building of a moderately prosperous society in all respects.

Attendees at Thursday’s meeting paid a one-minute silent tribute to martyrs who died fighting COVID-19 and compatriots who lost their lives in the epidemic.

The agenda for the session was reviewed and approved at the meeting.

Highlighting the Central Conference on CPPCC Work held by the Communist Party of China (CPC) Central Committee in 2019, Wang Yang said that the speech by Xi, general secretary of the CPC Central Committee, at the conference has charted the way forward for the cause of the CPPCC in the new era.

He commended the contributions made by the CPPCC National Committee and its standing committee to the causes of the Party and the country under the strong leadership of the CPC Central Committee with Comrade Xi Jinping at the core over the past year.

In the report, he also noted the role of political advisors in the fight against the COVID-19 epidemic, saying that they have submitted more than 1,300 reports and suggestions on preventing and controlling the epidemic, resuming work and production, stabilizing public expectations and strengthening law-based governance.

Giving full play to the role of the CPPCC as a specialist consultative body, 71 consultation meetings, 97 research trips as well as online consultations were organized in the past year, according to the report.

Wang Yang said the year 2020 marks the concluding phase for China’s endeavor to build a moderately prosperous society in all respects and deliver on the 13th Five-Year Plan.

He called on political advisors to fulfill their duties focusing on coordinating epidemic control and economic and social development to make contributions to winning the battle against poverty and completing the building of a moderately prosperous society in all respects.

Attendees were also briefed on the handling of proposals submitted by political advisors.

A total of 5,488 proposals have been submitted since the previous annual session of the top political advisory body, said Zheng Jianbang, vice chairperson of the 13th CPPCC National Committee, when delivering a report on the proposals..