The 2020 Two Sessions has convened over May 21- 22. Under this circumstance, a cloud press conference of Chongqing delegation to the NPC was held, with five NPC deputies discussing their views and opinions on Promoting the Construction of the Chengdu-Chongqing Economic Circle. According to Huang Yuling, the Deputy to the NPC and the Secretary of CPC Yuzhong District Committee, Yuzhong District will build itself as the demonstration zone for Chongqing’s high-quality service industry. 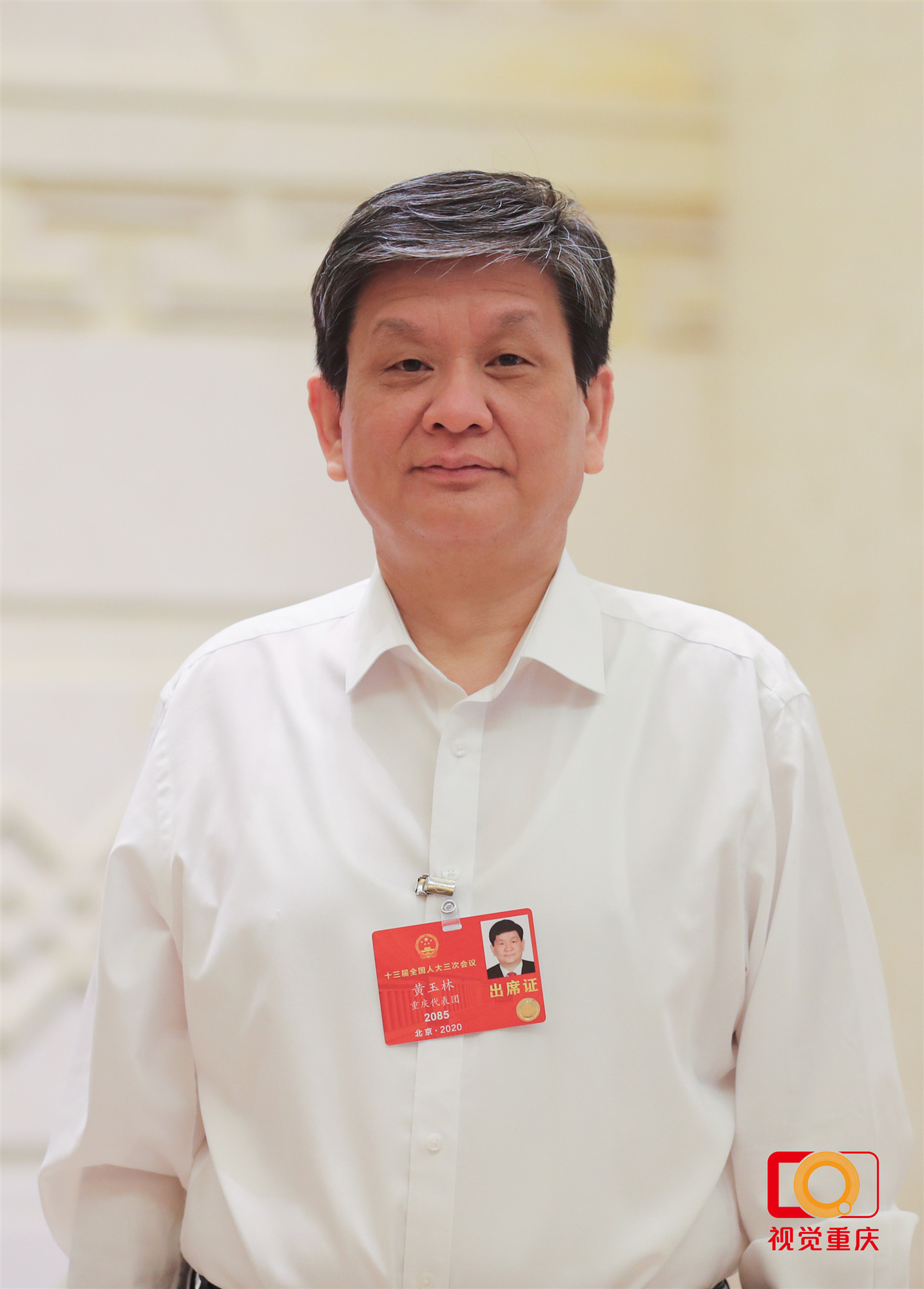 Huang Yuling, the Deputy to the NPC and the Secretary of CPC Yuzhong District Committee, photo credit to Ju Jianbing

Furthering the construction of the Chengdu-Chongqing Economic Circle is conducive to fostering a crucial growth pole for high-quality development in Western China. The economic circle also serves to establish the area as a strategic pioneer for opening-up in inland China, a policy of great importance for promoting high-quality development.

For this to happen, Yuzhong District will adhere to the strategy of planning Chongqing’s development with the big picture in mind; to serve the overall situation with regional development, play on the advantages of the “Mother City” to make its own contributions to Chongqing as a whole, to enhance its functions as the window for opening-up. Yuzhong district also wants to present its image as Chongqing’s “Living Room,” forge ahead with the spirit of a “second startup” so as to build the entire district into a demonstration zone for the high-quality development of Chongqing’s service industry. 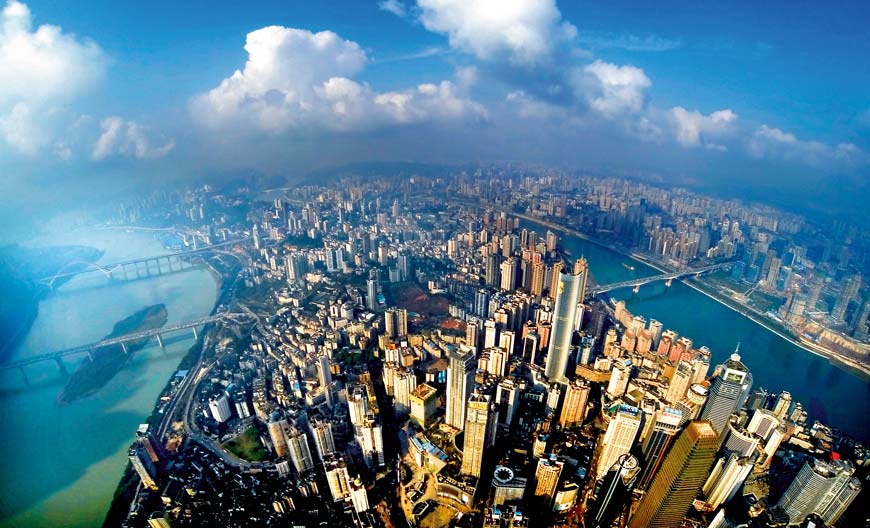 Yuzhong will give play to the profound historical and cultural advantages of Chongqing – the millennium-old city, as well as the century-old Jiefangbei.

“Yuzhong will firmly shoulder its responsibility as a core area, and build the “Two Rivers and Four Riversides” into a window to show the city’s image. In addition, in order to construct quality projects that can withstand a century’s trials, we will improve our design schemes at high standards and advance project construction with high quality,” Huang Yulin said. Meanwhile, under the development framework of the “Two Rivers and Four Riversides,” Yuzhong will intensify efforts to upgrade the Jiefangbei CBD, improve its economic functions, and burnish its image as Chongqing’s window and “city card,” Huang added. 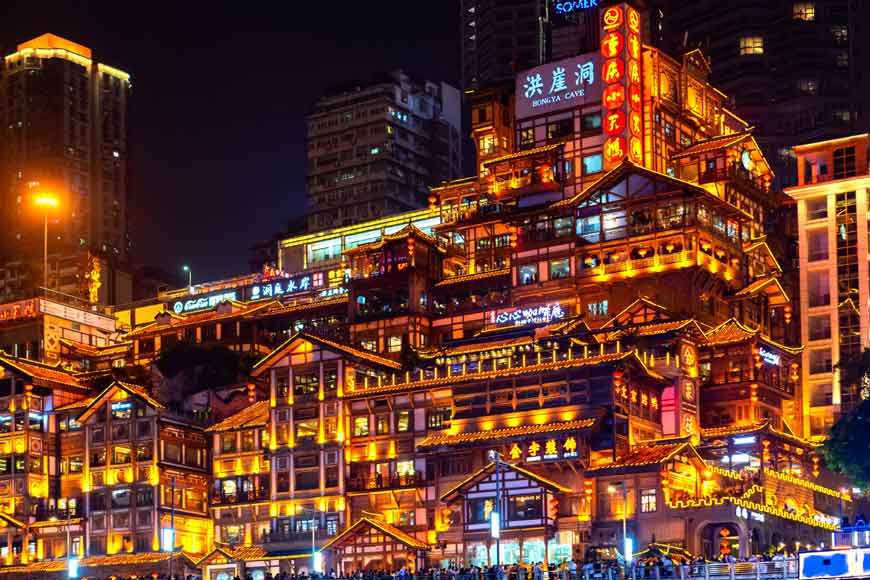 Yuzhong will promote both its development and cooperation with other sides, aiming to expand the influence of “Chongqing Service.”

Guided by the building of Chengdu-Chongqing economic circle, Yuzhong will strive for the goal of building an important economic and technological innovation center with national influence, build ten clusters for six major service industries, take substantial steps to strengthen core industries and enhance levels, and fully promote the building of an inland international financial center. “We are building an innovation ecosystem in circum-Chongqing Medical University area with a high standard, and working on building a medical innovation industry highland with international vision and leading position in China by embracing the development idea of One Center, One Cluster, One Chain, and One Fund, to build a 50-billion-level industrial park,” Huang noted. 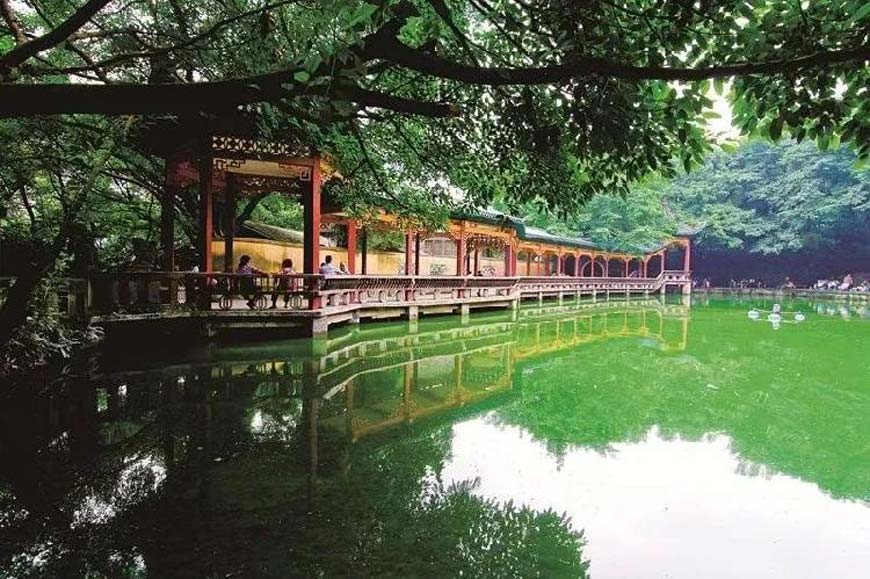 At the same time, to build a New Highland of Reform and Opening-up in the Chengdu-Chongqing economic circle, Yuzhong will continue to further its all-round and in-depth cooperation with sister districts and counties, adjacent areas, developed areas, and international friendship cities, to enhance the level of opening-up and services. “As the core area of the urban Chongqing, we will make the best of our rich resources in foreign affairs, foreign trade, and foreign investment, gather high-end factors of production, carry out international cultural and economic exchanges, and expand our ‘circle of friends,'” Huang said, Yuzhong will promote both its development and cooperation with other sides, aiming to expand the influence of “Chongqing Service.”

To build a livable place with high-quality life in the Chengdu-Chongqing economic circle, Yuzhong will move faster to help make Chongqing into a more international, green, intelligent, and culture-oriented city. In addition, Yuzhong will double efforts to create a market-oriented, law-based and global business environment, and strive to complete the 11 special initiatives to improve the business environment following the World Bank’s evaluation system, to further improve the economy, culture, ecology, and life in Yuzhong.