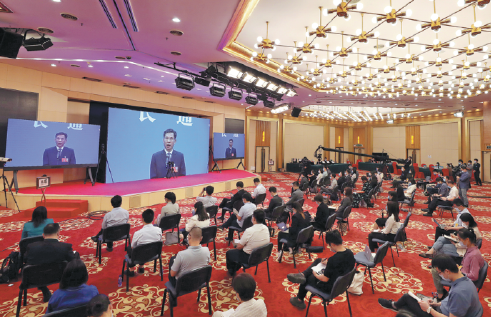 The central government has planned a fiscal budget deficit of about 3.76 trillion yuan ($530 billion) this year, an increase of 1 trillion yuan from last year. The deficit-to-GDP ratio is projected at more than 3.6 percent, compared with 2.8 percent last year.

The proceeds of the special treasury notes and the increased fiscal deficit will all be transferred to local governments, Premier Li Keqiang said on Friday while delivering the Government Work Report during the opening of the third session of the 13th National People’s Congress, the country’s top legislature.

The central government will also increase funds transferred to local governments by 12.8 percent to support infrastructure investment and counter economic fallout, Finance Minister Liu Kun told reporters after the opening of the NPC session on Friday.

It will be the highest growth rate till date in the transfer of payments to local governments and is aimed at safeguarding employment and people’s livelihoods, as fiscal income is projected to decrease this year due to the COVID-19 epidemic, said Liu. 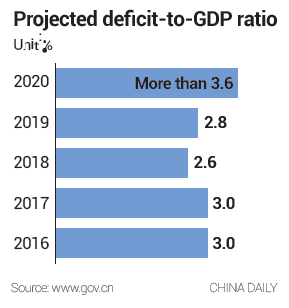 Meanwhile, the government has also raised the quota for local government special bonds to 3.75 trillion yuan to boost investment and shore up economic growth.

The policy stance is an indication that fiscal policy has played a lead role in offsetting the economic risks and will help realize the “six priorities” laid out by the government, including safeguarding employment and people’s livelihoods, Luo said.

Liu Shangxi, head of the Chinese Academy of Fiscal Sciences under the Finance Ministry, told China Daily that the funds for the 1 trillion yuan special treasuries may come from some targeted commercial banks.

Liu, who is a member of the National Committee of the Chinese People’s Political Consultative Conference, the nation’s top political advisory body, said that the current market liquidity is sufficient to support the new issuance and the issuance should avoid side-effects, such as growth in interest rates.

Yang Weimin, former deputy head of the Office of the Central Commission for Financial and Economic Affairs, said the expanded fiscal deficit will be used to safeguard employment and livelihoods, especially in the city-and county-level governments, which is an innovative fiscal method.

More monetary actions are needed to coordinate with the fiscal stimulus measures, such as further encouraging commercial banks to reduce the cost of loans, especially for small businesses, said Yang, a member of the Standing Committee of the 13th CPPCC National Committee.