With the beginning of 2020 Two Session of China, the Chongqing delegation to the National People’s Congress (NPC) held a cloud press conference on Promoting Poverty Alleviation, on May 23. Five deputies to the NPC took part in the discussion. 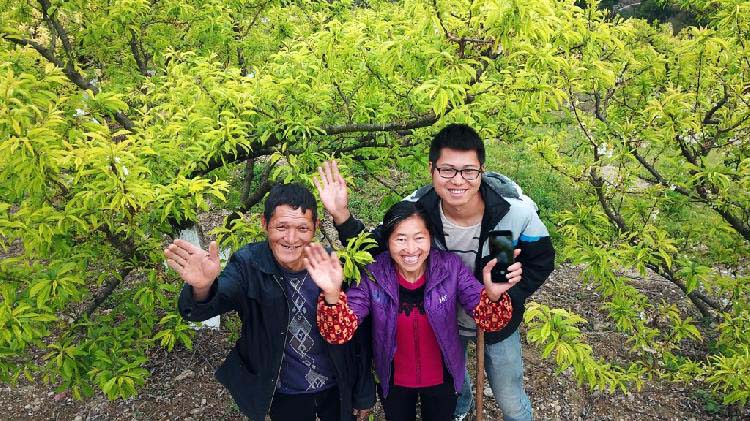 China is working on the frontline of poverty alleviation to solve problems from a long-term perspective.

Poverty alleviation has always been central to the work agenda of the Chinese government. As China pushes toward a comprehensive victory in the fight against poverty, there has been a significant improvement in the working and living conditions of poverty-stricken areas and people, writing a new chapter in the history of mankind’s fight against poverty. Chongqing is a major city in the interior of southwest China. Positioned as a key strategic propeller of the development of western regions, Chongqing will renew its commitment to poverty alleviation and fight hard with targeted policies to win the war against poverty.

Take the developing industry as a fundamental solution to poverty

“We will fight every moment as hard as we do at a critical time, for we would settle for nothing but a complete victory!” Zhou Shaozheng said Fuling District is determined to make poverty alleviation benefits trickle down to every household.

To this end, the district has combined a rolling check and profile-based check, classified the poverty-stricken population into the three types of “Stable, Consolidating and Critical,” and implement specific measures for each type. Its basic and long-term goals are that rural poor people are free from worries over food and clothing, and have access to education, medical services, safe housing, and safe drinking water. 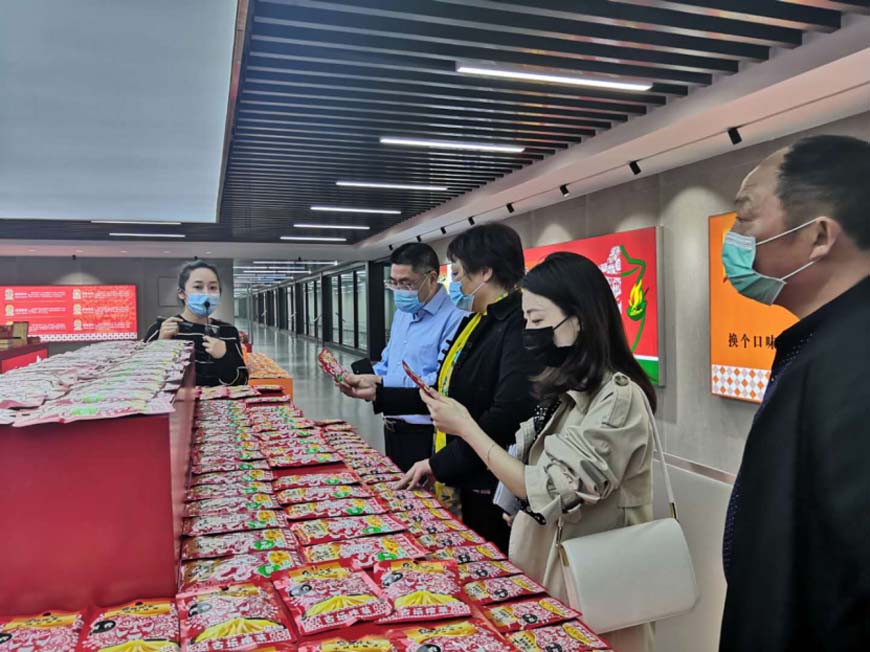 Since the outbreak of COVID-19, Fuling District has spared no effort in minimizing the effect of the epidemic on poverty alleviation in the district. Over the past months, it advanced poverty alleviation by stimulating consumption through fixed-point purchase, purchase instead of assistance, special shop for poverty alleviation products and livestream marketing, and helped poverty-stricken farmers sell 28,000 kilograms of livestock and poultry products and earn more than RMB one million; it provided access to the Internet for 617 students with difficulty in online schooling from filed poverty-stricken families through installing reception facilities, offering free internet data traffic and others.

Fuling District takes the developing industry as a fundamental solution to poverty. Guided by the idea, it actively develops leading industries of Fuling Pickles and Chinese herbal medicine for poverty alleviation, and hold activities of flower sightseeing in spring, heat avoiding in summer, fruit tasting in autumn, and enjoying the snow in winter, to make people increase their income at home. 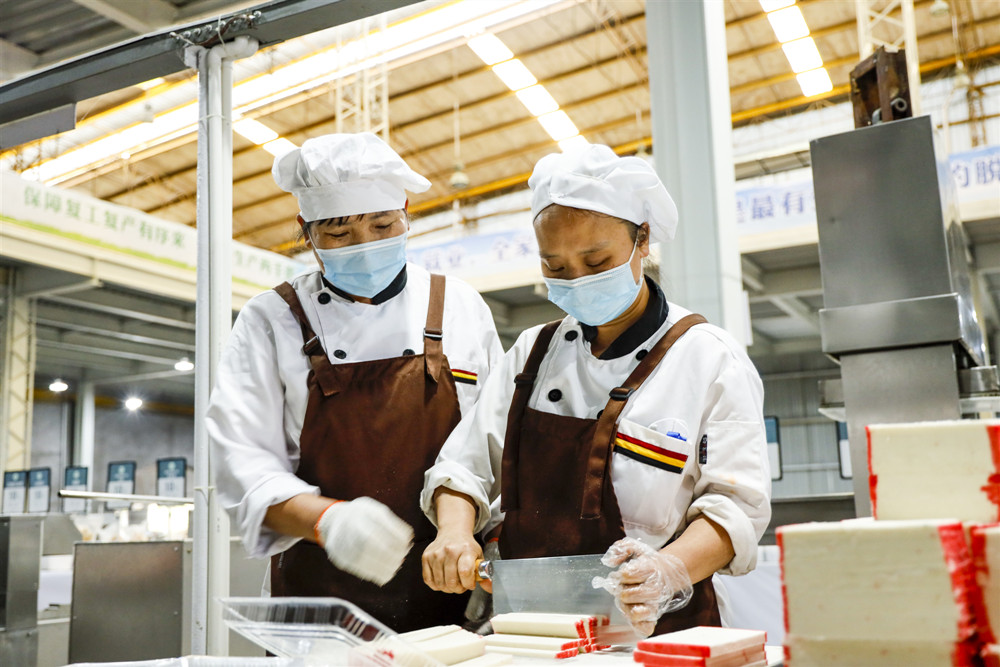 Unused houses are used for the processing workshop.

At the same time, the district takes putting assets to use as a source of potential. On the premise of not changing land nature, it has channeled urban capital to rural areas through leasing, cooperative selling, breaking capital down into stocks, joint operation, and other ways to build rustic homestays, shared farms, and family farms industrial parks.

Fuling District takes rural revitalization as a long-term solution. For this, it has launched a district-wide campaign to improve living conditions in rural areas and make villages more natural, cleaner, tidier, and more orderly.

Households to help each other with poverty alleviation

Dianjiang County’s all the 9,804 filed poverty-stricken households, 31,588 people in total, were lifted out of poverty, except for one three-member household newly filed in 2019. Notably, none slipped back into poverty, and none was newly filed as poverty-stricken due to COVID-19 this year so far. At the press conference. “Being lifted out of poverty is not an end in itself but the starting point of a new life and a new pursuit”, Pu Binbin shared a couple of touching stories about poverty alleviation in the county. 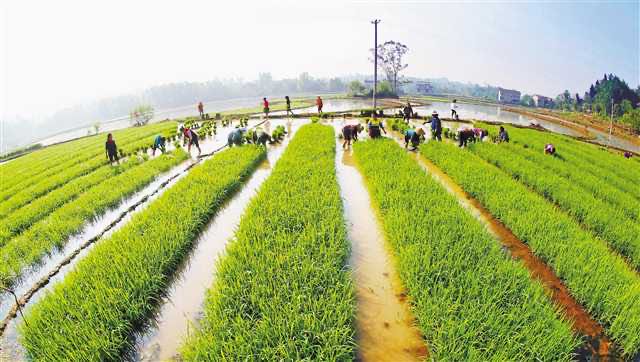 Spring plowing of the rice planting base in Dianjiang

Liu Dexue, a farmer of Daping Village of Caohui Town, was filed as poverty-stricken in 2017. Afterward, he started to raise crayfish under the guidance of the poverty alleviation official and earned more than RMB 60,000 in 2019. It meant he finally bid farewell to poverty two years later and can be removed from the poverty file, so he wanted to share his way of getting rich with more villagers. Driven by this, he launched a crayfish raising cooperative, encouraged poverty-stricken households in the neighborhood to join him, and provided them with larvae and technology. As such, 13 poverty-stricken households started to raise crayfish together and got rid of poverty successfully.

33-year-old Xia Yubo is an ordinary villager of Jinqian Village, Heyou Town. A couple of years ago, he was the sole provider of his seven-member family as a migrant worker. Seeing Yu was clever and hard-working, the poverty alleviation official “tailored” an assistance plan for him — mobilizing him back home to grow vegetables in the greenhouse. Xia Yubo’s family was soon lifted out of poverty and became a well-known “large planting family” in the town. On February 16 this year, he donated all the 20,000 kilograms of vegetables he produced in spring to the people who were working at the forefront of the fight against COVID-19. Under his leadership, many villagers in his village also spontaneously donated plenty of radishes, pickled vegetables, and other seasonal vegetables.

The construction of a country road in Dianjiang

In March last year, Dou Hu, a doctor of medicine from Children’s Hospital of Chongqing Medical University, went to Taian Village, Yantai Town, to serve as the first secretary to Taian Village and leader of the work team stationed in the village. Over the past year, the work team played a practical role in working with villagers to build a new industry road as long as 12 kilometers, improving the living environment for 56 farmer households, creating 32 jobs for 21 farmer households with idle labor forces, and achieving large-scale planting of about 1.27 km2 of wild pepper. It succeeded in blazing a new trial for the development of the industry of One village for One product, helping 80% of households in this village join the planting of wild pepper, and achieving a total economic income of RMB 90,000 for the whole village.

“As Secretary of the CPC Wushan County Committee, poverty alleviation is where I think most and put a lot of energy and efforts,” Li Chunkui said. By the end of 2019, Wushan County had achieved 89,003 people from 24,384 households out of poverty, and the poverty incidence had dropped from 13.7% in 2014 to 0.14%.

In recent years, Wushan County has launched a large number of poverty alleviation projects centering on the areas of people’s livelihood such as road traffic, the supply of drinking water for people and livestock, public education, housing security, medical and health care, entrepreneurship and employment and social insurance. 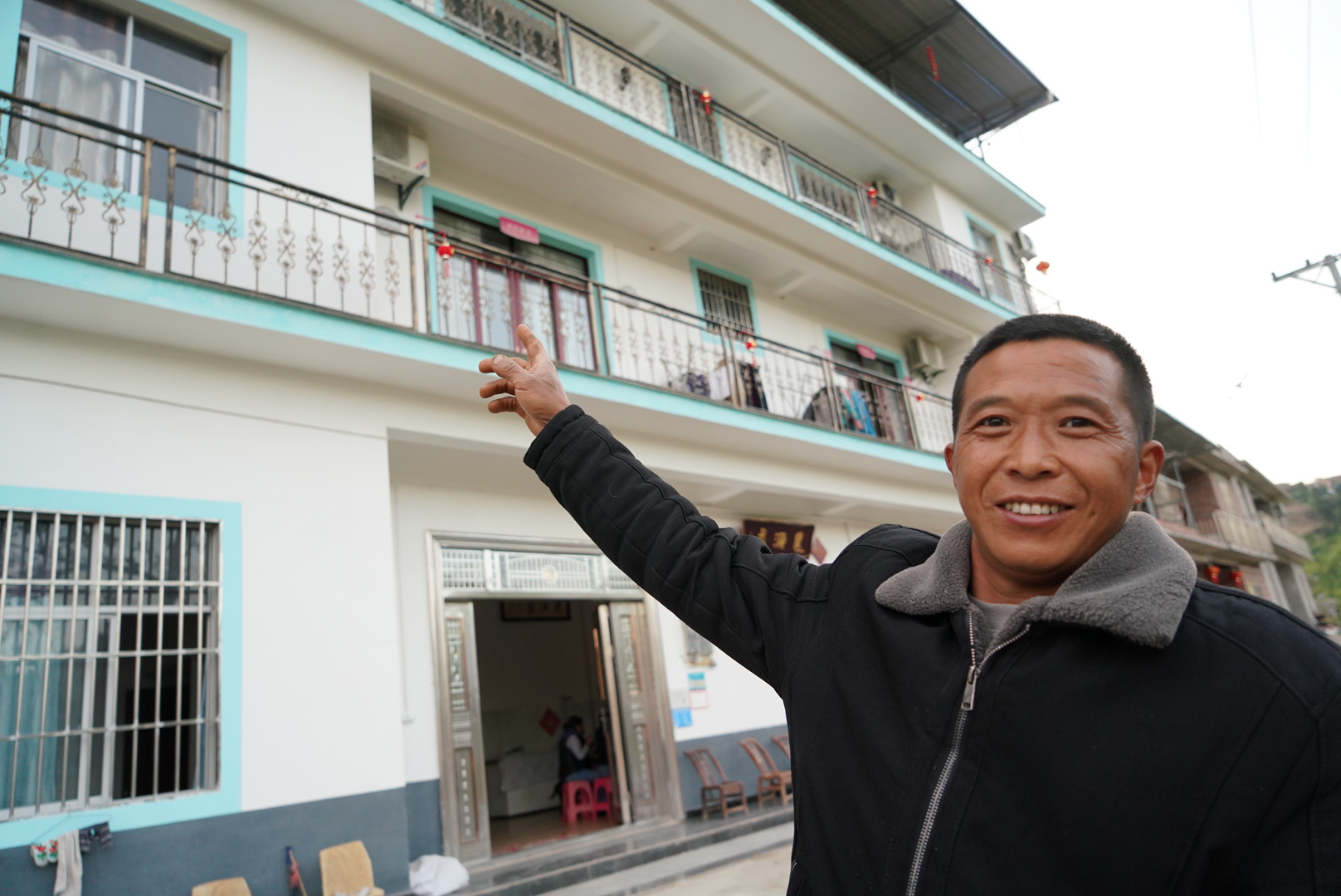 Unprecedented changes have taken place in the countryside. At present, villagers can basically drive their cars to their house, 91% of them can have access to tap water, and their living needs had changed from security to comfortable. 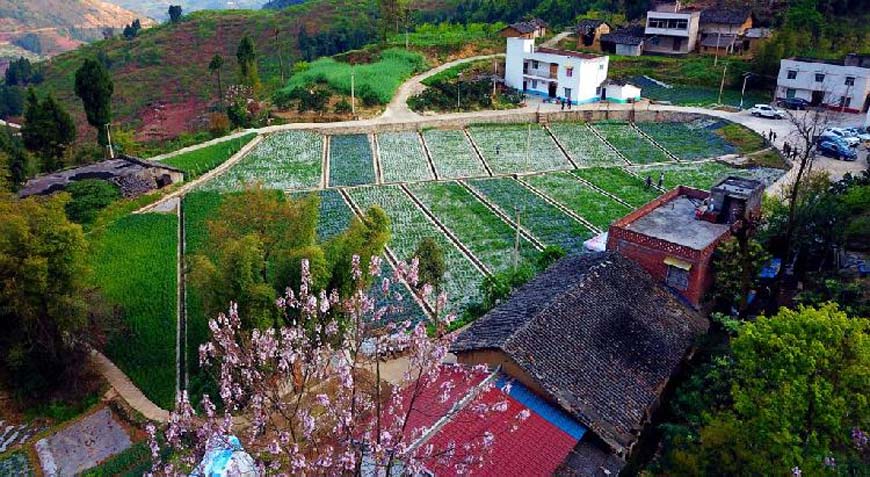 The red plum planting in Wushan

The overall victory in the fight against poverty should be reflected in the results to shake off poverty at present and get rich in the long run. Wushan County will plan ahead and focus on the future to promote the flexible integration of deepening poverty alleviation and promoting the rural revitalization strategy, so as to help the poor out of poverty stably and get rich gradually.

Ensure farmer is a respectable job

“We should make every effort to make the countryside a desirable place, agriculture an enviable industry, and farming a respectable job,” said Tan Jianlan.

According to her, agricultural and rural development is a long-term concern of China. The foundation of rural revitalization is to innovate systems and mechanisms, add scientific and technological content to agriculture, promote agricultural modernization, and increase yield and efficiency to increase farmers’ income. 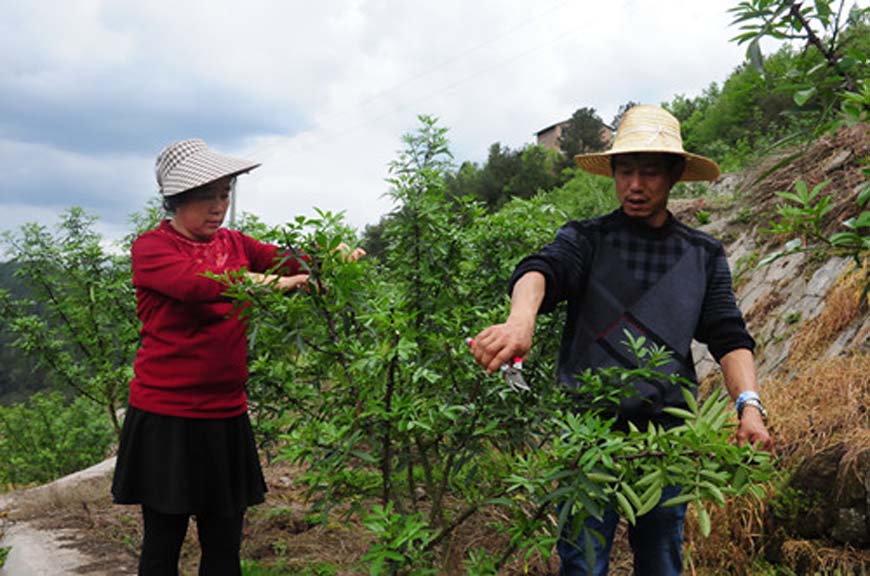 The planting industry in Shizhu

Thanks to “Two No Worries, Three Guarantees,” great changes have taken place in the life of poor households. Some of them have moved into brick houses through the policy of relocating the poor, and some have moved into new homes built under the government’s help. 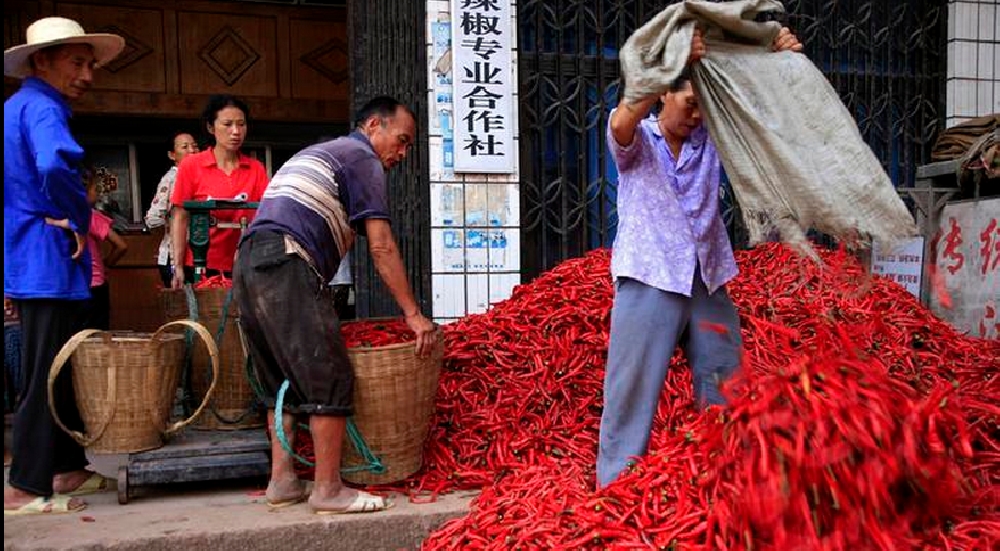 A permanent industrial mechanism is taking shape. In poverty alleviation, only favorable industrial development can increase the income of poor households in the long term. Thriving industries of Chinese goldthread, chili, and Wethersfield are the main driving forces for poverty alleviation in Shizhu County, where they also grow red plums and traditional Chinese medicinal materials such as sealwort (Solomon’s seal).

Tan Zhengbing lived an impoverished life in a run-down house in Shangjin Village, Shizhu County, with two children who are still at school. He tried many things but could not get out of poverty. With our help, he now grows about 3,333 square meters of chili with an annual income of over RMB 15,000. The government also helped him repair his house, and he is now living a prosperous life.

Explore a development mode of integrating agriculture, culture, and tourism

Ran Hui is a grass-roots representative from Youyang Autonomous County, Chongqing, who is currently Deputy Secretary of the Party branch and Director of the CPC Committee of Tianshanbao Village, Taohuayuan Sub-district. She used to be self-employed, running a cement brick factory and a sporting goods business. In 2013, she set up a company to develop rural tourism, which was a success. To benefit her fellow-villagers, she went back to Tianshanbao Village in January 2014 to run for director of the village committee, aiming for common prosperity. 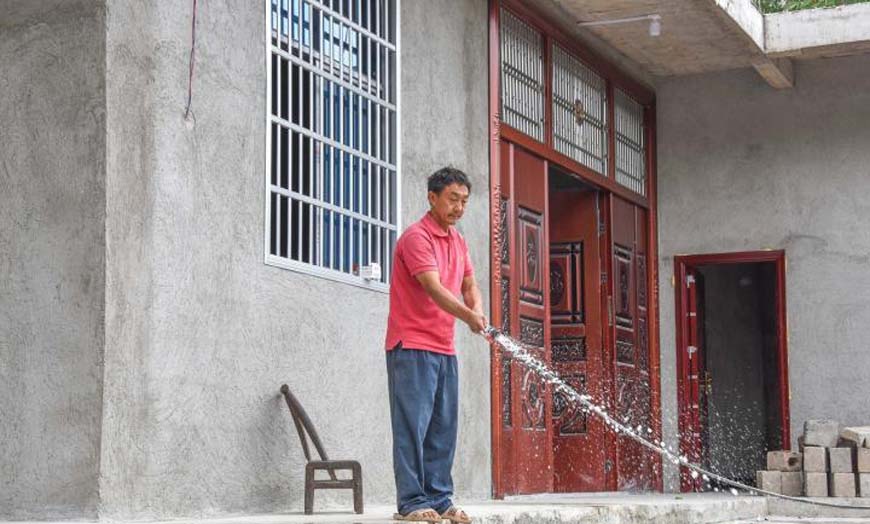 A farmer is cleaning his new house in Youyang

In Tianshanbao Village, seasonal water shortage occurred frequently, and the water was not safe. With no network and communication equipment, villagers had limited access to information. Due to poor basic conditions and the weak industrial base, many villagers tried to move out, and the village became deserted. “In the face of this situation, I visited every stockaded village in Tianshanbao and decided to find the root of poverty and carry out different measures for each household, each group, and each area,” said Ran Hui. 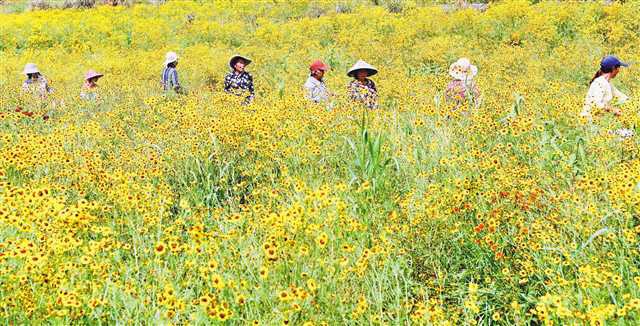 Youyang adjusts measures to local conditions and strives to get the collective economy in Tianshanbao Village off the ground quickly. Giving play to the location advantage, a development mode of integrating agriculture, culture, and rural tourism took shape, which became a source of income for the villagers. Through exploring a development mode integrating agriculture, culture, and tourism, Tianshanbao took advantage of its high altitude and developed rural tourism featuring sightseeing, recreation, and cultural & entertainment activities based on Baogu Opera, a municipal intangible cultural heritage.

Now, many villagers have moved back, built houses, and started business in the village and are living a prosperous life. This laid a solid foundation for consolidating poverty alleviation achievements and implementing rural revitalization.