Chongqing – 2020 marks the 10th anniversary of Liangjiang New Area. Being the leading platform aims for the opening-up, by the end of 2019, 158 Fortune 500 companies settled in Chongqing Liangjiang, it has become an open window to inland China.

On June 12, the Chongqing Liangjiang New Area launched its press conference on its 10th anniversary of establishment as a new opening-up platform in inland China. After the conference, iChongqing has visited the smart city management system of Yuelai International Exhibition Town, Guoyuan Port, and Liangjiang Collaboration Innovation Zone. 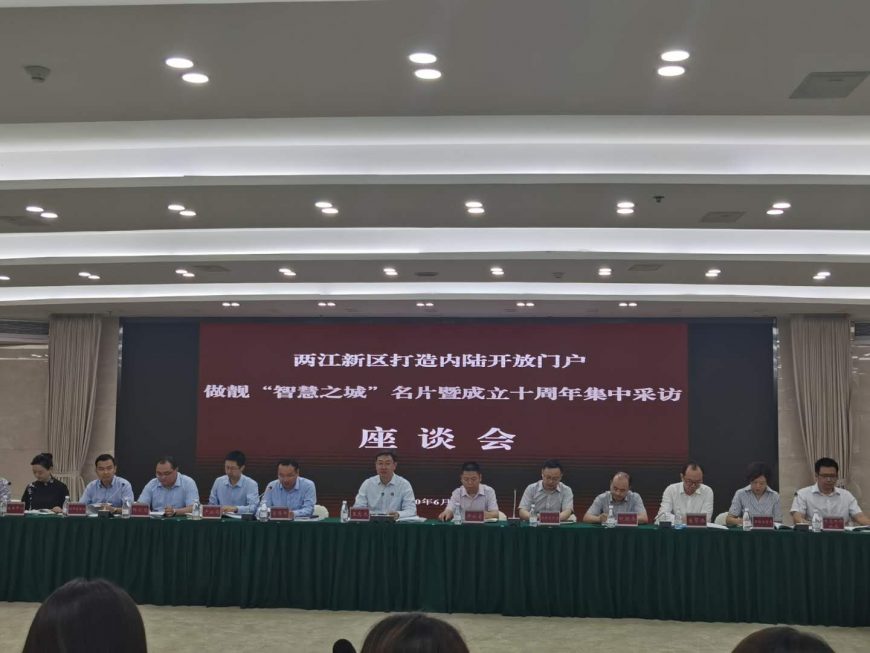 In Guoyuan Port, the containers were under transition. In this waterway and railway transfer station, the Belt and Road and the Yangtze River Economic Belt, and the new land and sea corridor are connected altogether. 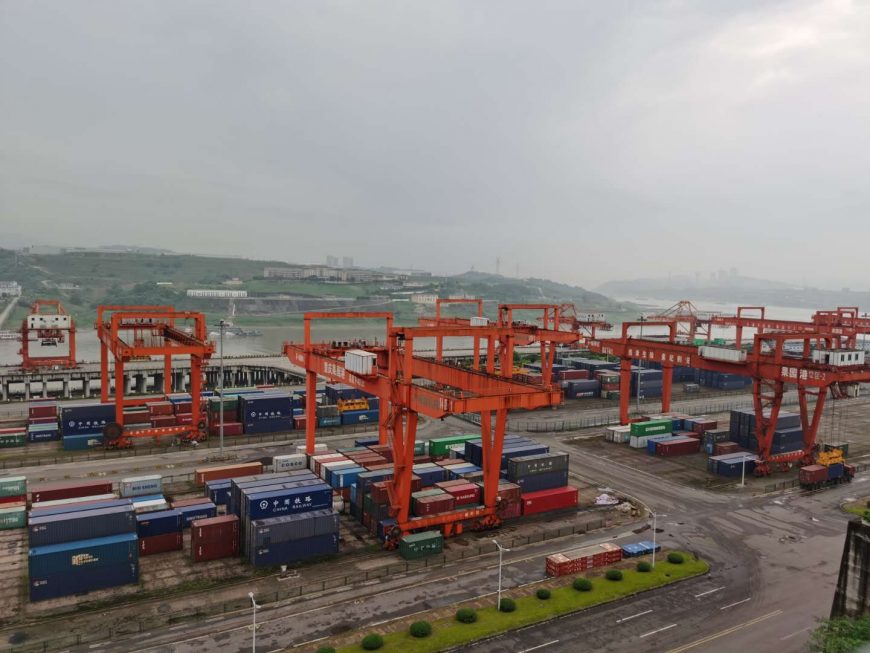 In the Liangjiang Collaborative Innovation Zone, the scene of lakes and mountains blend together. This zone is a project contains more than 20 well-known scientific research institutes at home and abroad. In the near future, it will become a gathering place for high-end talents integrating for technology research.

From the park to the transportation hub, a number of key projects are under construction; from scientific research institutes to smart factories, batches of high-tech projects are being promoted.

From 2010 to 2019, the GDP of the Liangjiang new area has increased from 100.2 billion yuan to 3391 billion yuan, ranking fourth in 19 consecutive national-level new areas across the country. Contributed to about 15% of the city’s total economic output, industrial output value, and the digital economy added value, gathered 30% of the total actual use of foreign capital, total imports and exports, and 50% of the world’s top 500 enterprises in the city. 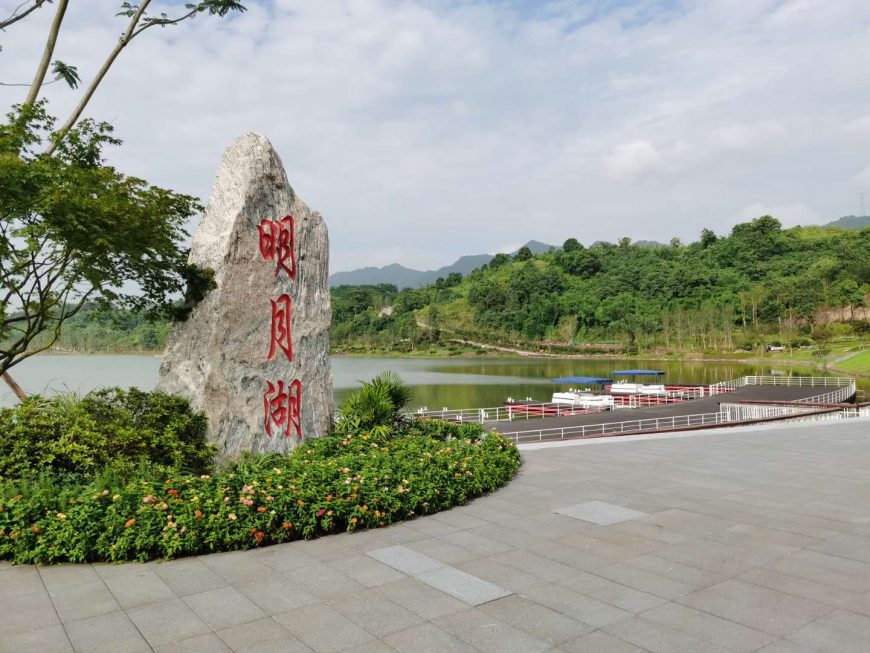 Signed over 45.64 billion yuan in the first quarter

In the first quarter of this year, there were 47 newly signed projects under the direct management of Liangjiang, with a contract investment of 45.64 billion yuan, ranking first in all districts and counties in the city. The epidemic of COVID-19 had an adverse effect on attracting foreign investment, but recently, many departments and districts in Chongqing have kept in touch with merchants by means of telephone, WeChat, email, etc., which has led to potential business opportunities.

Taking the Liangjiang as an example, during the prevention and control of the epidemic, the district temporarily canceled outbound visits, but by maintaining online communication with customers, it has facilitated three online contracts since mid-February. A total of 33 investment projects have been signed, with a total investment of 32.8 billion yuan. The projects involved automotive, Internet of Things, medicine, transportation, logistics, and other fields. As of now, Liangjiang has completed 93% of the investment plan for the first quarter of this year. 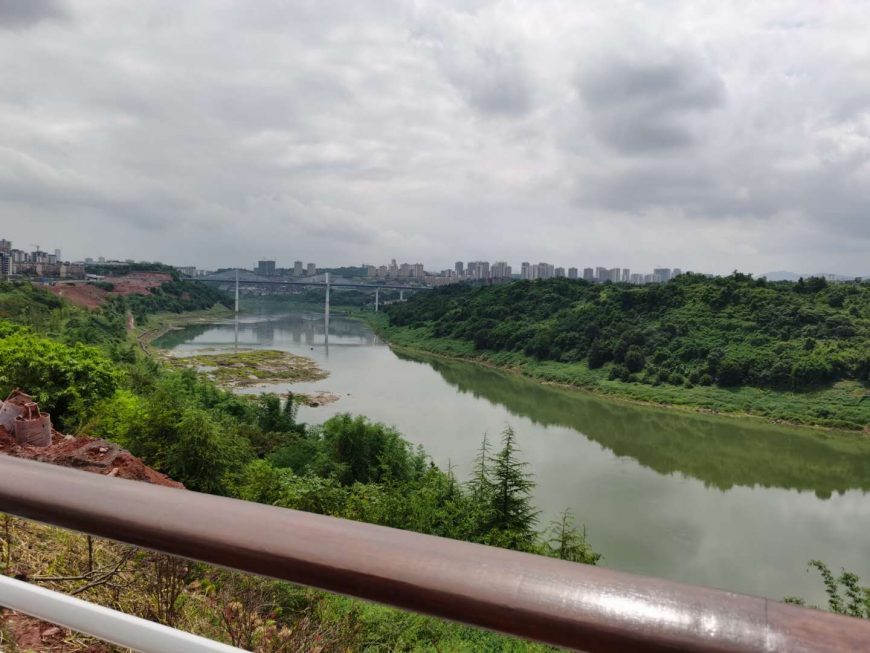 On April 23, the second joint meeting of the Liangjiang New Area Tianfu New Area to jointly create an inland opening-up platform was held. At the meeting, the two major national new areas in the west signed a strategic cooperation agreement. One of the important contents is to jointly promote the development of industrial linkage and jointly build a world-class industrial cluster.

The two sides will open up the industrial chain, supply chain and innovation chain of the two places, study and sort out the list of major industrial projects in the two places, and jointly build a world-class industrial cluster; expand the two places in advanced manufacturing industries such as automobiles, electronic information, biomedicine, high-end equipment, and finance. In-depth cooperation in modern service industries such as logistics, trade, exhibitions, etc., are included as well, they will carry out joint investment cooperation, and open convenient channels for investment between the companies on both sides.