Chongqing- On the evening of June 26th, the father and son duo of the ‘Barrett’ Youtube channel kicked off their maiden visit to Chongqing with a live stream broadcast from the Raffles City Observation Deck over sunset.

The father and son Youtubers from the channel ‘Barrett’ experience the delights of Chongqing cuisine.

Their account now has 120,000 followers on Youtube, with a total view count of over 9 million. ‘It is my hope that western netizens will feel real China through our videos.’ Lee said.

While Lee and Oliver Barrett picked out major landmarks from the 47-floor high horizontal skyscraper ‘Crystal’ on the Raffles City Chongqing, which spans across four towers, enthusiastic locals who recognized them came up to offer their warm greetings.

High up on the observation deck, they experienced walking on the transparent glass separating them from the roadside around 150 meters below and checked out the space travel-themed exhibition indoors. 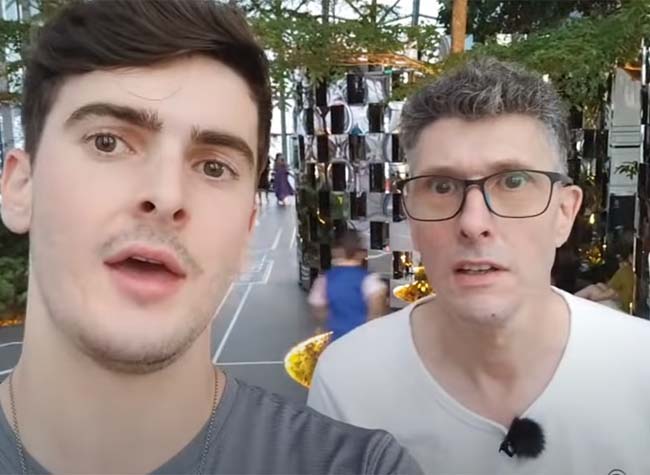 The Barrett father and son did a Youtube live stream on the 47-floor high horizontal skyscraper Crystal of Raffles City Chongqing.

Before long, the daylight gradually faded and the renowned Chongqing night view began to switch on. Whilst night set in, Lee and Oliver spoke of the various misconceptions that people have towards China in general, and how western media cast an unrealistic portrayal of life here. 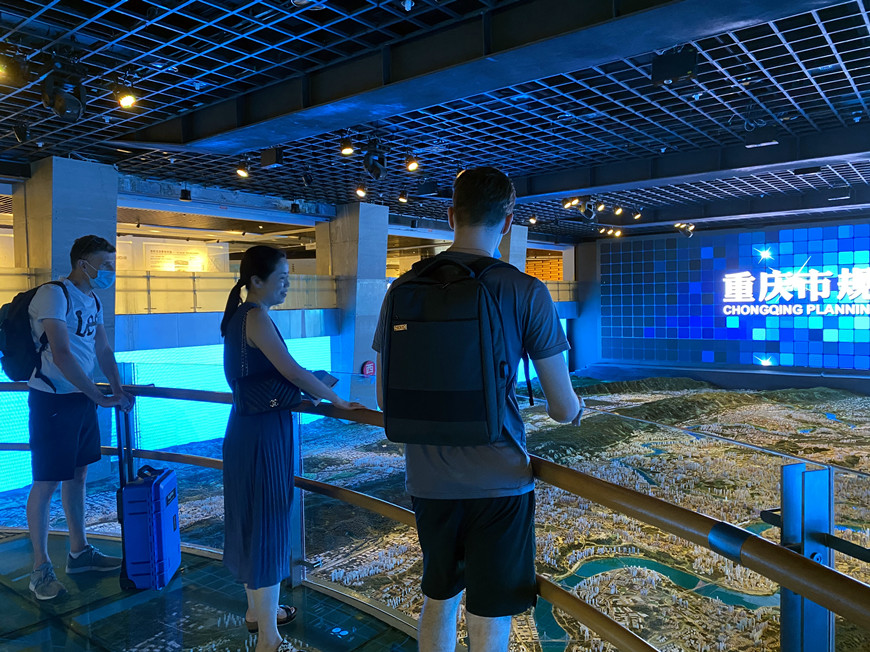 As the fun live stream approaching the hour mark, the big-name Youtube vloggers ended this first installment from Chongqing to make their way down to a two river cruise departing from Chaotianmen Docks below. 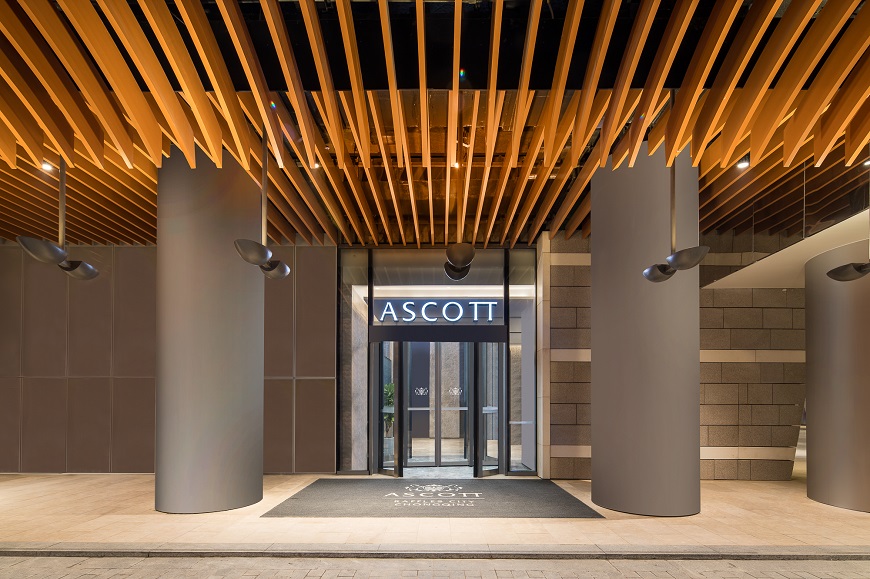 Ascott Raffles City Chongqing, where the Barrett father and son spent the first 3 nights in Chongqing.

‘Barrett’ is the first in a series of ten big-name Youtube channels invited by iChongqing to participate in the ‘Real China Tour – Overseas YouTubers Film Chongqing’ event. From June to September, the organizer will invite them to Chongqing to experience and share the natural wonders, cultural landscape, and new urban features.

A representative of iChongqing explained, ‘The total number of subscribers between these overseas YouTube vloggers exceeds 1 million fans,’ adding that the wide reach of such media will enhance the popularity, reputation, and influence of Chongqing in the international cultural tourism market, and offer the city a welcome boost following the epidemic. 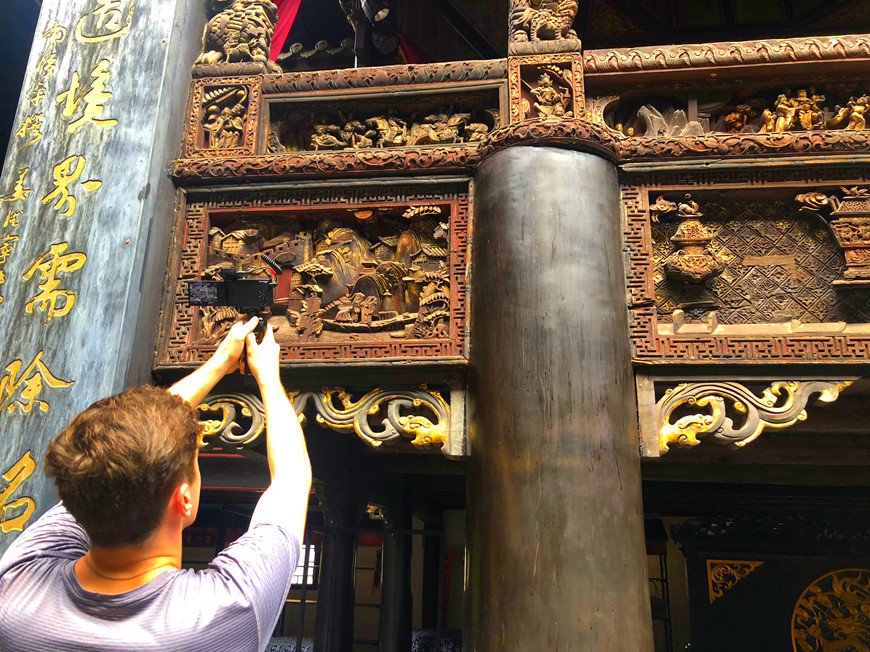 In a tight schedule spanning 10 days, the Barretts will take in the natural wonders, tourist highlights, and culture of Chongqing to share with the world. Oliver was filming in the Huguang Guild Hall.

Starting June 27th, father and son will check out the Liziba Monorail Station that cuts through an apartment block, Testbed 2 Cultural and Creative Park, historical sites such as Ciqikou and Dazu Rock Carvings, as well as the natural wonders of the Three Gorges, Tiankeng Sinkhole, and Longshui Lake. They will capture the whole experience in a series of vlogs and share it with the world.

At the same time, iChongqing will organize a team to produce the “YouTubers shoot Chongqing” series of themed videos, and jointly film episodes of Travelguide, Cultural Café, and the ‘YouTuber Chongqing Hotspot Challenge’ for release on the iChongqing media platform.