It’s graduation season again, and many students are going to leave the campus. On June 23, at Southwest University, Gift, a Zambian student who had completed his graduation thesis defense online, did not leave the campus, as he was working on his fifth album–Sky. The album will feature 12 original songs he created during the epidemic. “The virus can make anyone sick regardless of their race. Under the same blue sky, only by helping each other and sharing the same destiny can we ultimately overcome the epidemic.” 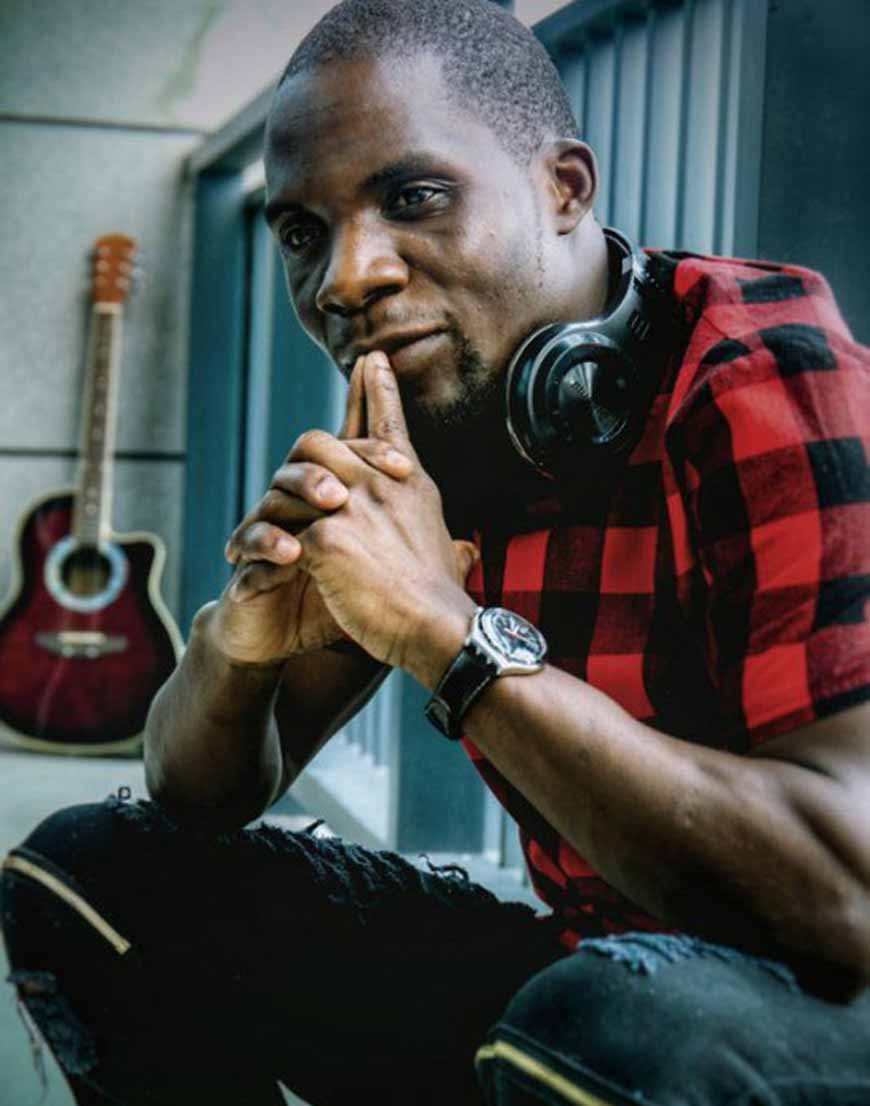 On the eve of Chinese Lunar New Year’s Eve (January 23), Wuhan in Hubei Province went into lockdown overnight due to the outbreak of COVID-19. To reduce the risk of virus infection, Gift, like other overseas students who were on a trip, chose to stay in Dazu and not return to their college temporarily, starting a long and unknown self-isolation in a hotel.

Gift was plunged into pain and anxiety by the increasingly difficult epidemic situation and the closed and monotonous life. One day, he received a message from the teacher of the Five Continents Choir, an international student choir at his college. The teacher suggested that chorus members from all over the world should cheer for China and cheer for themselves in the way of an online chorus and hoped that Gift, who is good at both singing and composing, could be part of this activity.

In the dim light at the hotel, Gift composed the song China Will Rise:

“You’ve gone through a lot of tribulation, and you conquered them all，because you are so strong，Zhongguo ah…I believe China will rise…”

Though sitting in the faint light, Gift felt in his heart, a flame of hope was ignited. The land, he said, had gone through many hardships and withstood the weather, but he believed that she, too, could rise again and realize nirvana in fire because the people who love her defend her at any cost, including their life.

At present, China has effectively curbed the epidemic. While normalizing prevention and control measures, Chinese people are engaged in resuming work, production, and studies in schools. However, the global epidemic situation is still grim, and this situation tears international students at home and abroad.

“The virus can make anyone sick regardless of their race. Under the same blue sky, only by helping each other and sharing the same destiny can we ultimately overcome the epidemic.” So, he started to work on his new song Breath late at night, hoping to show the boundless love, the community with a shared future for mankind, the supremacy of life, and human coexistence.

Gift is now working on his fifth album, Sky, which will be a complete collection of his 12 original songs created during the epidemic. In addition, the campus band – Diverse Band, founded by Gift, which consists of international students, is also preparing for an online concert in July, hoping to use music to support the fight against the COVID-19 disease and continue the friendship between China and Zambia.