Chongqing- In the first installment of our journey into Shuanglong Town to report on achievements in poverty alleviation, we first arrived in the main city of Wushan following a six hour drive to the northwest of Chongqing.

Since the flow of tourists cruising the Three Gorges has temporarily come to a halt because of the epidemic, the sudden arrival of a foreign guest caused rather a stir at the hotel check-in desk. Fortunately, a background check and a few phone calls later, the green light came to settle in for the evening.

Our hotel was in a prime location overlooking the confluence point between the Yangtze and Daning Rivers, while in the backdrop, the crests of towering mountains lay partially enveloped in cloud and mist. In the distance, the famous Wushan Yangtze Bridge spanned gracefully over the river, beyond which lies the final Wu Gorge.

Bright and early the next morning, we drove a total of almost two hours over windy mountain roads, followed by a lengthy crawl over narrow and broken country lanes. When we finally reached Shuanglong, our first stop was the local community service centre of Bijia Village, where we met our hosts and took a look inside the adjacent post office and medical clinic.

Shuanglong Township occupies a geographical area of over 1.4 million square kilometres to the north of Wushan City, and is home to 20 separate villages, with the main town, also known as Shuanglong, set amongst the scenic Lesser Three Gorges.

Our first visit was to a crisp plumb orchard run as a cooperative between local residents and businessmen in Bijia Village. Stakeholder Mr. Li Yuanqing was on hand to show us around the orchard to explain how they tend the crop and source an income during the summer months. He also described the great improvements in living conditions he has seen in Bijia over the past few years.

Later, we stopped at a guesthouse in Anping village for lunch before sitting down with the owner to discuss his return from laboring in Canton Province to open his business with the aid of low interest loans. Outside, his young daughter eagerly spoke about village life and answered curiosities we held from our experiences that first day.

To learn more, watch this first in a series of three vlog posts with James in Shuanglong right amidst the Lesser Three Gorges! 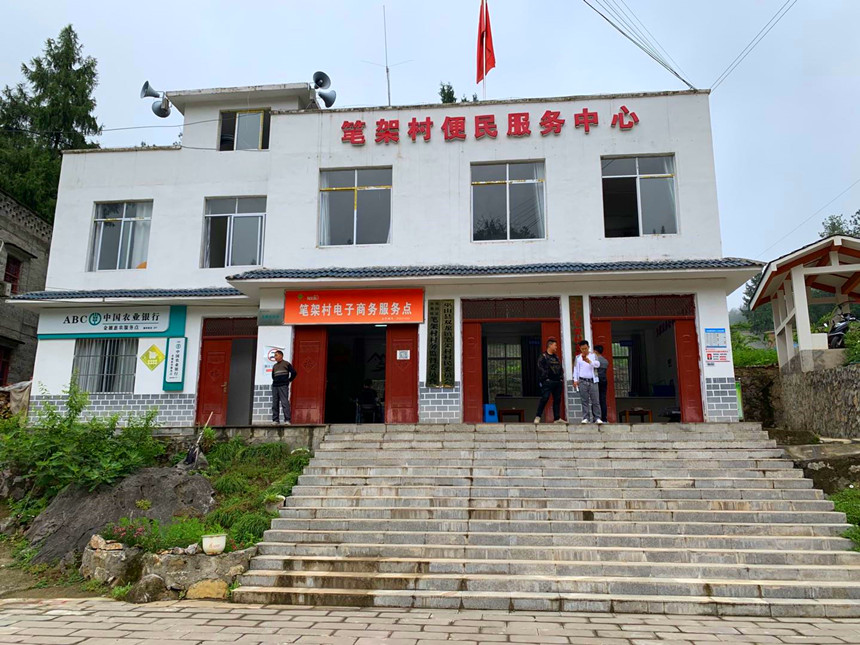 Our first stop was the local community service centre in Bijia village also features a rural post office and medical clinic for the convenience of rural households in the area.