The Lighthouse Diaries - BUENOS AIRES, ARGENTINA, July 9 - All I Can Do Is Live

Well, I’m back.
And it’s done.
I can’t believe it.
I moved apartments during quarantine – yes, quarantine: almost 4 months and counting.
It was quite the feat, actually.
Here’s the cat enjoying her new kingdom… 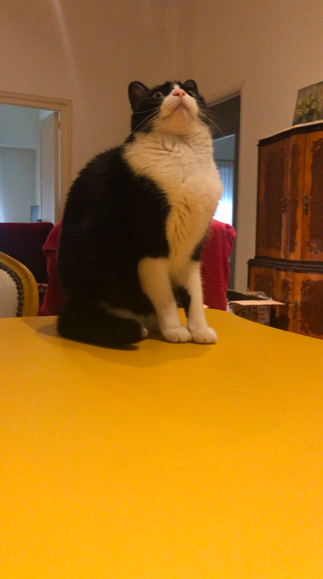 The president announced a week and a half ago that we would be going back to phase 1 of quarantine in order to cut off the metropolitan area from the rest of the country since it is the epicenter for Argentina. He maintained that if we had not gone into strict quarantine the way that we had, we would have seen a much higher body count – perhaps similar to Brazil’s numbers.
Actually, to paint a better picture, for example, Canada has about 100,000 cases, but only 8500 deaths. Argentina has about 50,000 cases and only 1000 deaths (numbers have changed since I saw this). That means something is working, doesn’t it?
I just checked today’s numbers: Argentina has about 83,000 cases and 1600 deaths. I still think that’s pretty good. If you look at more developing countries, the number of recovered cases they have, in some cases, is extremely low, which helps to paint a picture of how their health system is dealing with this.
I thought I would be okay anyway – I would move the following weekend, be able to get the necessary permission form, hire a small moving truck, and bob’s your uncle.
However, after the president’s speech on June 25, justifying his reasons for tightening restrictions again, there were several people between that Thursday night and Friday night that said to me, “Hey, why don’t you move this weekend and get it over with?”
“Nah, I’m not ready – it will be fine.” Man, was I wrong!
It wasn’t until my real estate agent called and said he was with the owner, and both of them suggested I move the following day.
The $%^& got real!
That was 6 pm on a Friday night – by the following day, I had hired a small moving truck, packed everything, and at 4 pm, the truck was there (2 hours early). An hour later, I was moving stuff into the new place.
The cat was traumatized and hadn’t slept. She made sure I heard about it. 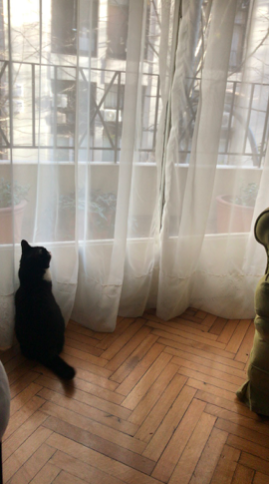 I moved my entire 10-year life in less than 24 hours to a new neighborhood in Buenos Aires and then:
BAM!
Phase 1 quarantine…again.
It doesn’t really give you the time to get your bearings or figure out where you are. The owner was amazing and pointed out some key places to get supplies. That was very helpful!
I discovered a giant grocery store with all the products I could ever need (a huge step up from where I was).
Hello, kale! 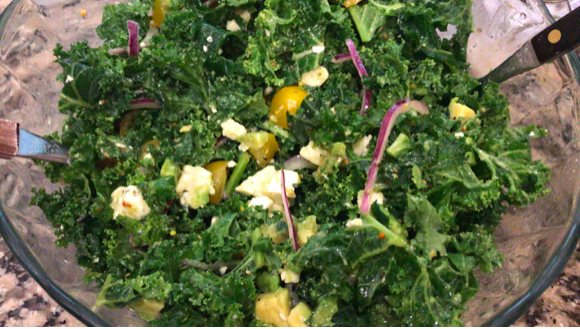 The cat and I are good – enjoying a much more peaceful place, free of insects and stress (so far).
I realized that I had come to this new place practically a shell of a person, so I’m taking the necessary time to heal and be whole again. It’s so important not to lose yourself during this time.
In a few days, it will have been officially four months since I started quarantine, and a lot has changed – relationships, attitudes, places…everything.
But, I realize that I’m not scared anymore. All I can do is live. And making this move was the biggest and scariest thing I’ve had to do in a long time. But it was so necessary for me to be able to continue this quarantine and not lose myself in the process.
I get to be excited again about things that I should be excited about and not stress about things I shouldn’t stress about. I am grateful and lucky, and I hope I get to transmit that good energy to people as opposed to negative energy.
I hope everyone can be whole during this crazy time – and if you can’t, what can you do to be whole again?

Kai Wood continues to share his diary with iChongqing since the pandemic began in January 2020. The first part, known in China as “Kai’s Diary” and internationally as “The Invisible War” is set to be published in July 2020. This ongoing collection by Kai and his friends around the world is titled, “The Lighthouse.”