Ordinary People as Guardians in the Rainstorm

On July 15, a press conference on disaster prevention and control in the high-temperature and flood season 2020 was held by the Information Office of Chongqing Municipal People’s Government. Yang Zhi, deputy director of Chongqing Meteorological Service, said that the city had suffered heavy rains, high temperatures, frequent rainstorms, and more than before extreme weather since the flood season this year. The average precipitation reaches 565.0mm, nearly 40% more than usual, and breaking the record since 1961. 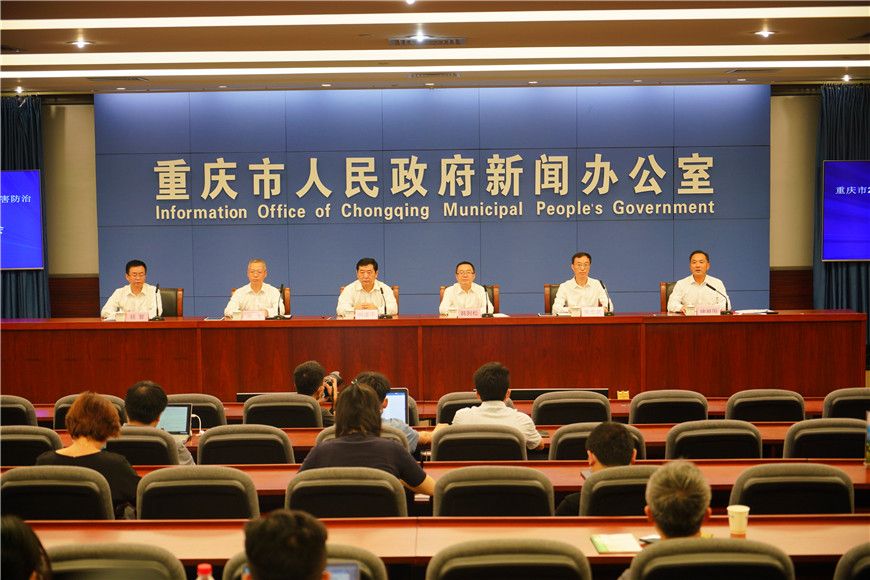 The press conference on disaster prevention and control in the high-temperature and flood season 2020 was held on July 15.

According to Yang Zhi, torrential rains and related disasters are likely to hit Chongqing in the next days. From late July to early September, the western, southwestern, and southeastern areas are prone to torrential rains, floods, mountain torrents, and other geological disasters, which require strengthened prevention. 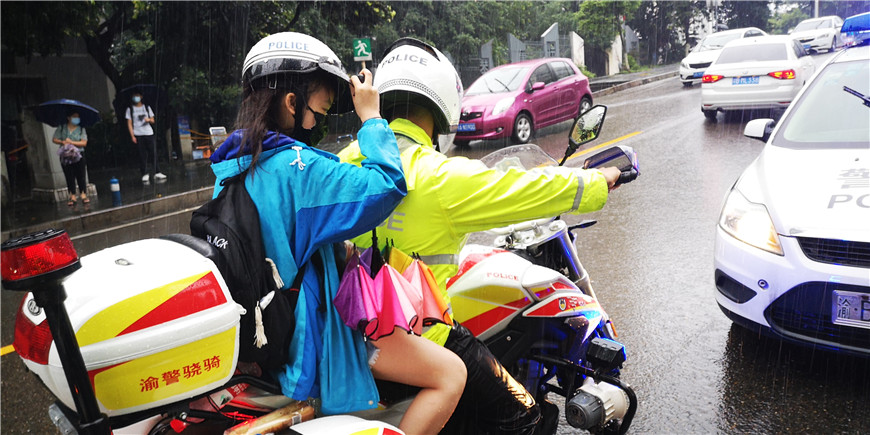 In heavy rain, the police pick up students who are preparing to take the National College Entrance Examination.

Many people, ordinary yet as guardians of this city, have contributed to flooding fighting as they stick to their post and constitute an invisible but most solid dam.

The sentinel against geological disasters

Unlike others with cellphones besides the pillow during the sleep, Hou Fang always has a gong and a whistle with her.

As a geological disaster examiner, she never sleeps tight when it rains. Each time after examination, Hou Fang would place the gong, whistle, and tape measure on the bedside cabinet as usual.

The unstable slopes under Hou’s supervision are menacing the safety of hundreds of people. She is always alert to the danger and ready to notify the villagers with the gong and whistle once the emergency occurs. For many disaster examiners like Hou Fang, it has become the intuition.

Floods that have not been encountered for nearly 40 years hit Jinxi Town, Qianjiang District of Chongqing. Mayor Yang Shengqian is always present at the frontline, with his feet barely leaving the water.

He carried away and helped evacuate the old from the nursing home in the knee-deep water. He took the lead in removing risks by jumping into the muddy water and issuing instructions to the excavator. He helped carry students across the river after school. Every morning, he goes to work in the still wet shoes, and in the evening, his shoes will get wetter.

His ten nails were whitened due to the long-time soaking in the water when he took off the shoes back in the dormitory.

The sky eye for monitoring

Early warning and evacuation, even only one minute earlier before the flood, may save countless lives.

For that purpose, some people have worked in the mountains for decades. Liu Jinmei, who will retire this October, saw the most significant flood in her career in hydrology. Liu Jinmei and colleagues have been on duty by turns around the clock since April, observing water levels, and measuring flow and sediment content.

Thanks to the meticulous monitoring, Chongqing hydrological monitoring station was able to make flood warnings 8 hours before the flood peak of the Qijiang River passed Chongqing, with which the local people were evacuated and saved. For ordinary people mainly, to stick to positions at the critical moment is of extraordinary significance.