Jiaotong Tea House, Baguo City, and other most representative buildings in Chongqing were turned into pastel paintings and sketches and further into creative products specific to Chongqing. 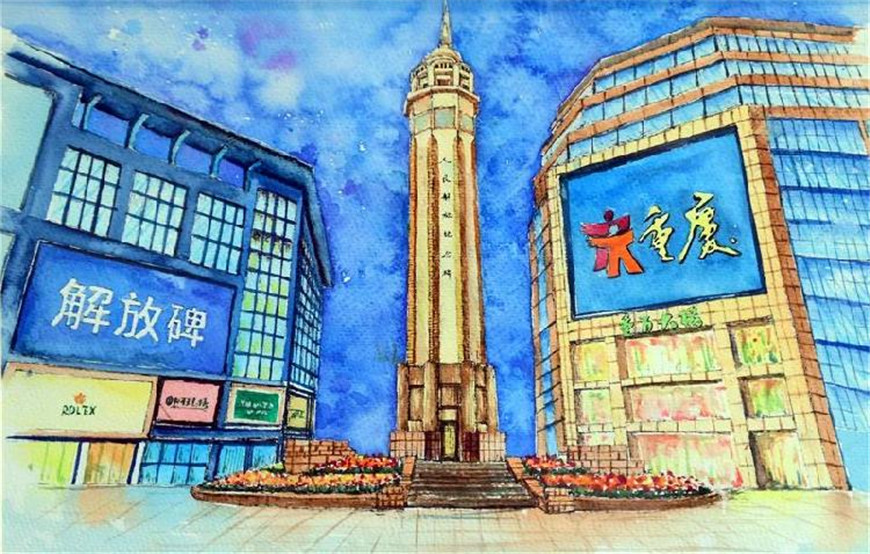 They were made by Zhang Qingsong, a young artist, and a teacher at HBH Art School under Sichuan Fine Arts Institute. He started to draw landmarks in Chongqing like Jiulongpo since the end of 2018 and completed nearly 200 pieces. Over 5,000 sets of creative products based on his works have been sold for the past year, which communicates the beauty of Chongqing to more tourists. 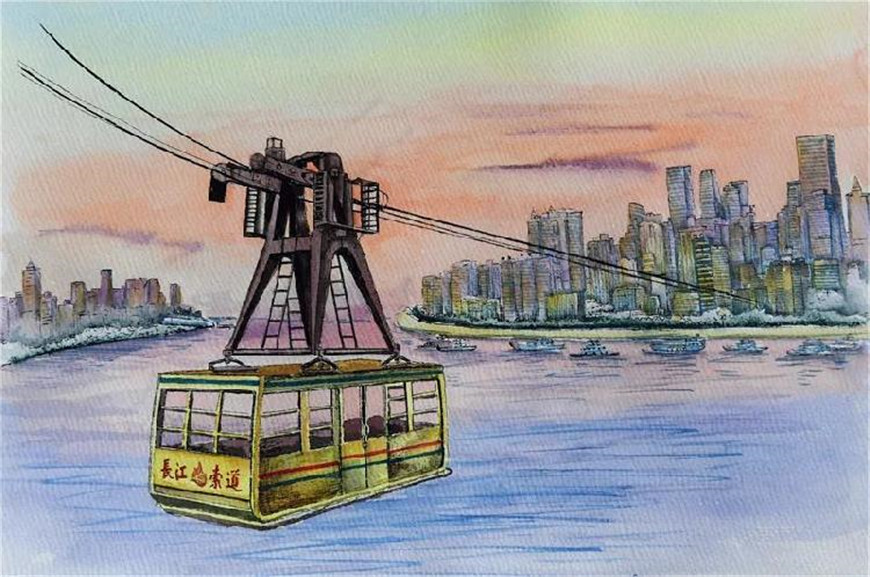 Since the second half of 2019, his hand-painted works have been made creative products. In the past year, more than 5,000 sets were sold from stores. There are lots of products about the landmarks in Chongqing, such as postcards in the store, but those drawn with a pen in pastels and sketches are rare.

The watercolor paintings by Zhang Qingsong, high in color saturation and perspective, focus on the main structure of buildings and are thus of a realistic style. Yet the background was represented in freehand brushwork. “Watercolor paintings, similar to traditional Chinese paintings in style, though, are more realistic. I want to carry it on and explore the history and culture behind each building,” said Zhang.

Zhang Qingsong added that the notebooks themed “Chongqing in Pastels” will be launched. The landmarks in Jiulongpo District can symbolize the history, culture, and nature of Chongqing, such as Chongqing Jianchuan Museum, the power plant chimney, and Zhongliang Mountain were depicted. More elements about Jiulongpo will be shown on the creative products to delight and be collected by the tourists.