Chongqing to Speed up the Development of Night-time Economy

Chongqing- On July 20, according to Chongqing Municipal Commission of Commerce, ten departments in Chongqing jointly issued the Opinions on Accelerating Night-time Economic Development and Promoting Consumption Growth (the Opinions for short). In this way, Chongqing will strive to build itself as a city that ever sleeps, with Chongqing flavor and international style.

The night skyline of Yuzhong District

The economy during night-time is an important part of the modern urban economy of Chongqing. 60% of Chongqing’s urban consumption occurs at night and the sales of large shopping malls from 6 pm to 10 pm accounted for about 60% of the whole day. According to the Opinions, the goal of Chongqing’s night-time economic development is to increase the proportion of night-time economy in urban consumption year by year by 2025. The city strives to basically establish a night-time economic development pattern, which has a reasonable distribution, diversified business formats, complete functions, distinctive features, and standardized management. Meanwhile, this kind of pattern can also improve coordinated regional development, with the integration of business, tourism, culture, and sports. 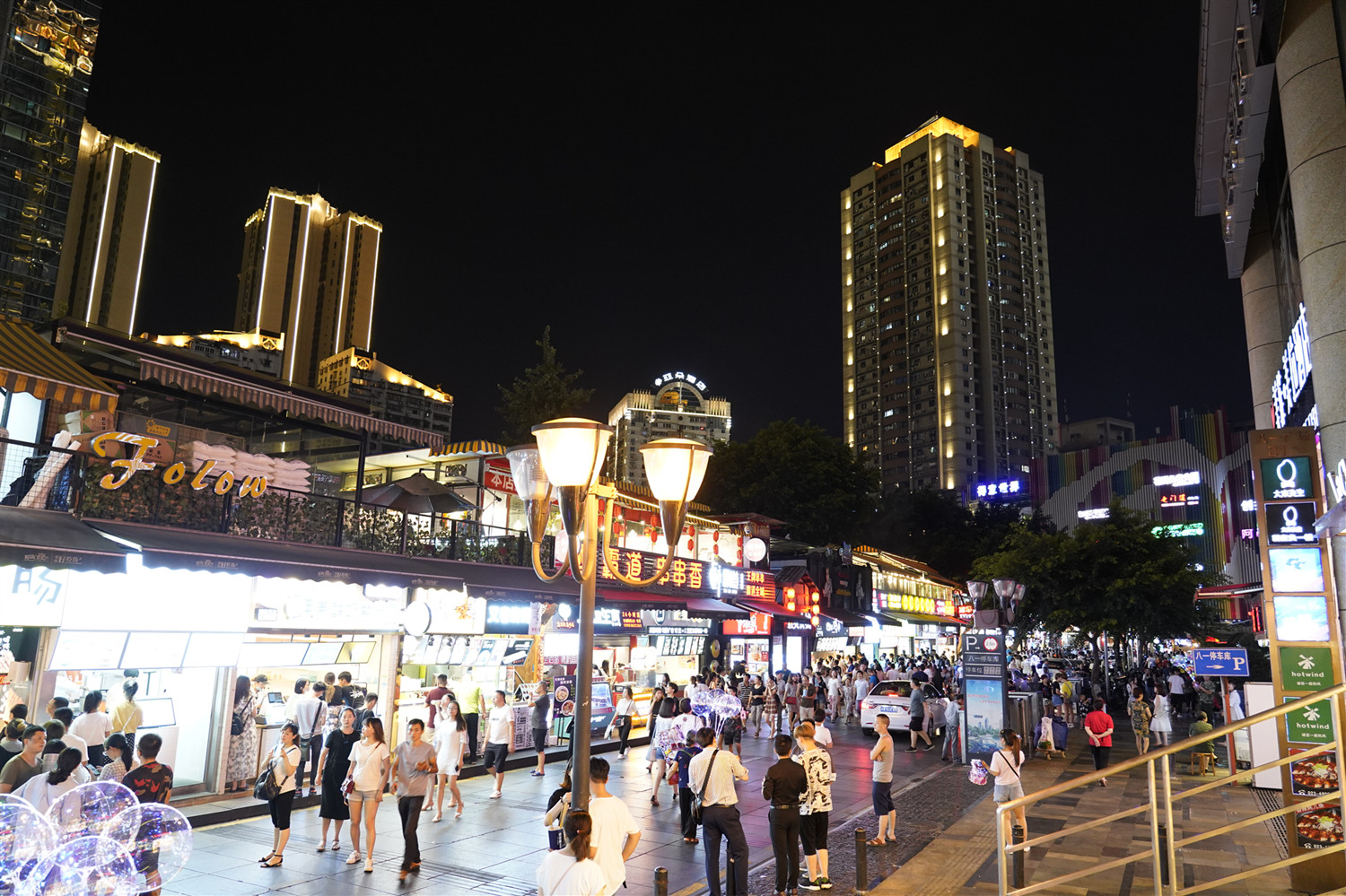 The night market in Jiefangbei 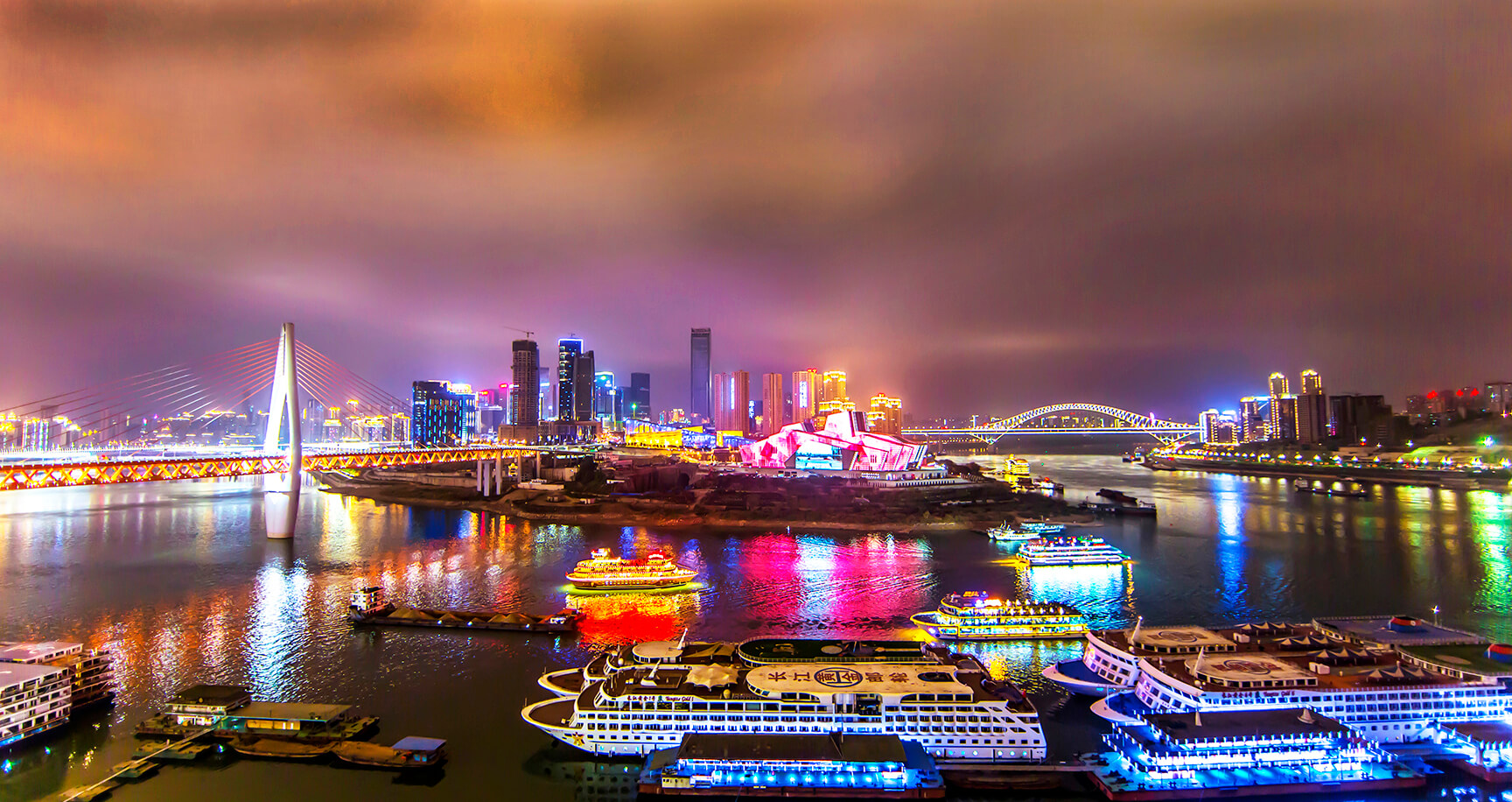 The two-river cruise at night

Moreover, Chongqing will create a batch of landmarks that highlight the City Never Sleeps and launch some cultural and tourist projects relying on the mountain city, river city, and the city of history and culture. At the same time, constructing the landscape with gorges light shows through implanted lighting landscape, creative lighting, 3D holography, and other advanced technology, and building some symbols of night skyline in Chongqing, such as Three-Dimensional Mountain City, River City of Light and Shadow, and the Charming Bridge Capital. Fully displaying A Land of Natural Beauty, A City with Cultural Appeal through cruise ships, cableways, urban sightseeing buses, and more. Besides, the city will take advantage of its high-rise buildings, mountains and rivers, and night skylines to develop Sky Economy and Riverside Economy on the high floors or roofs of commercial buildings and along the riverside. 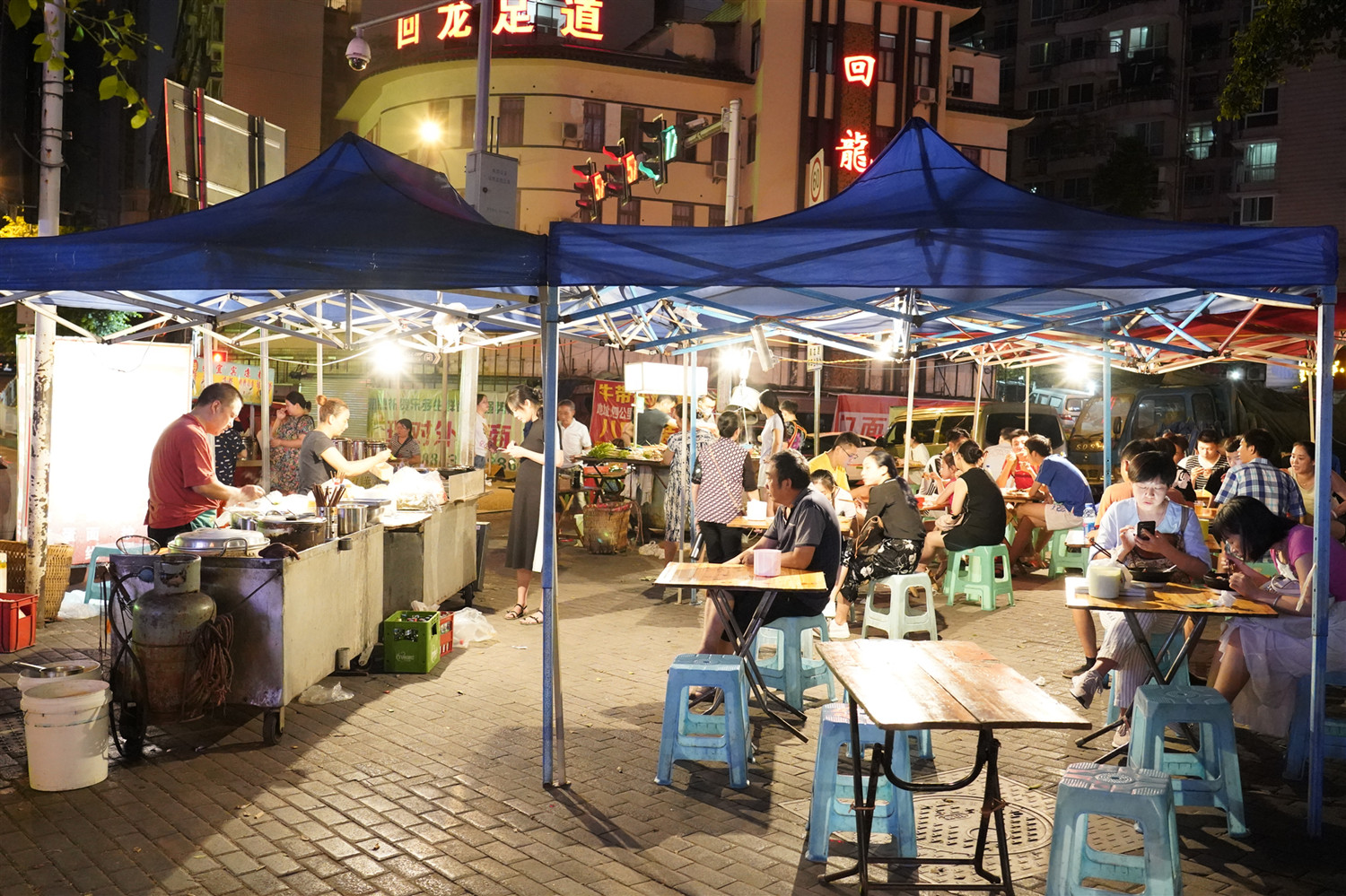 The night-time delicious food in Huilongwan in Nan’an District

There will be five night-time formats that Chongqing will cultivate, which are delicious food, sports, and recreation, art and culture, leisure and sightseeing, as well as shopping and fashion. 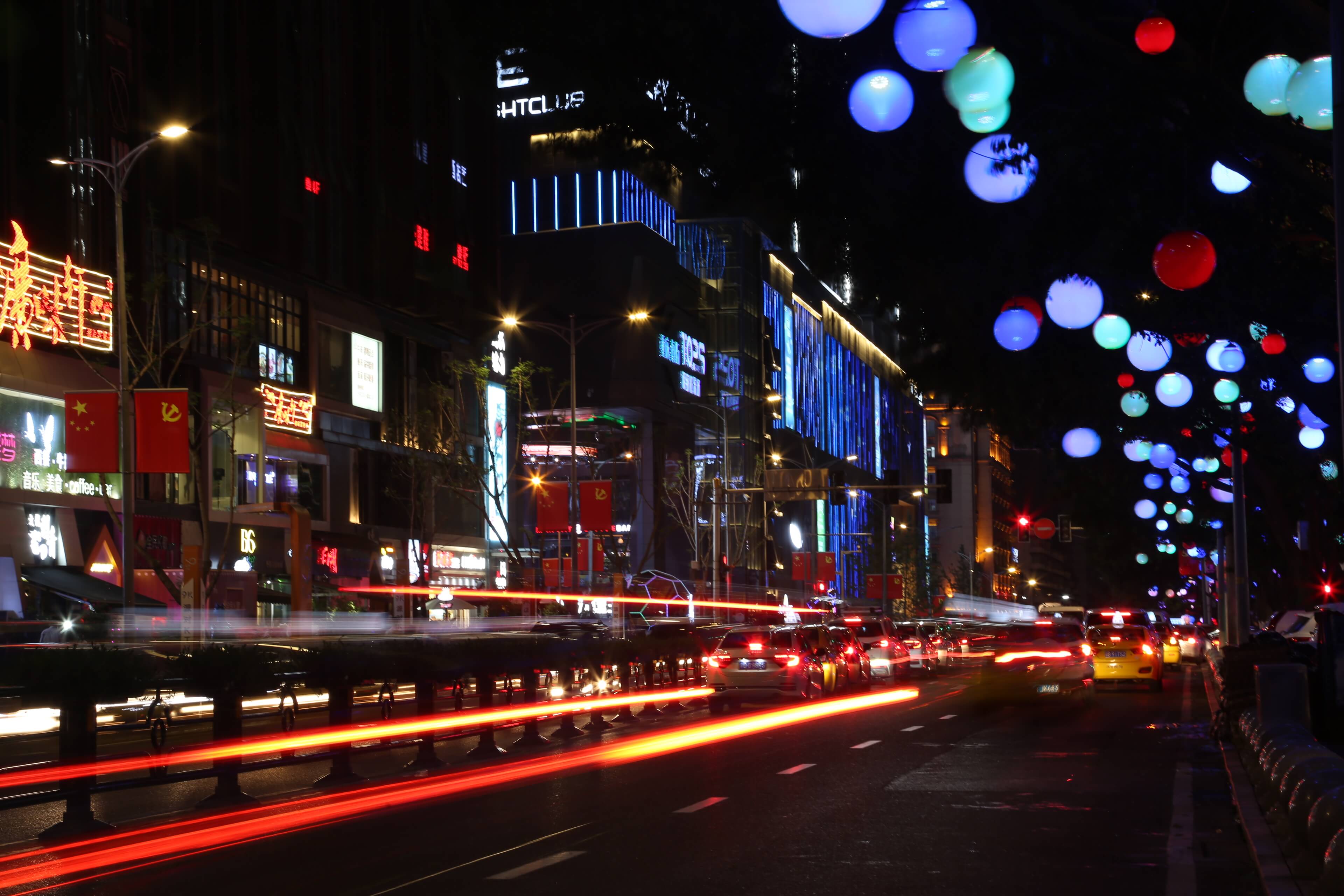 The Ninth Street in Jiangbei District

In terms of safeguard, the Opinions proposed that all districts and counties (autonomous counties) in Chongqing should strengthen its planning and distribution of the night-time economy. Also, all regions should actively establish the system of “night-time leaders” or “nightlife chief executives” and formulate policy measures and implementation plans to reinforce the management of streets and different industries. On the other hand, in terms of supervision, entry barriers can be lowered in accordance with laws and regulations, approval procedures can be simplified, and approvals for night promotional activities can be relaxed. However, supervision during and after the event must be strengthened. Besides, relative policy support will also be given. 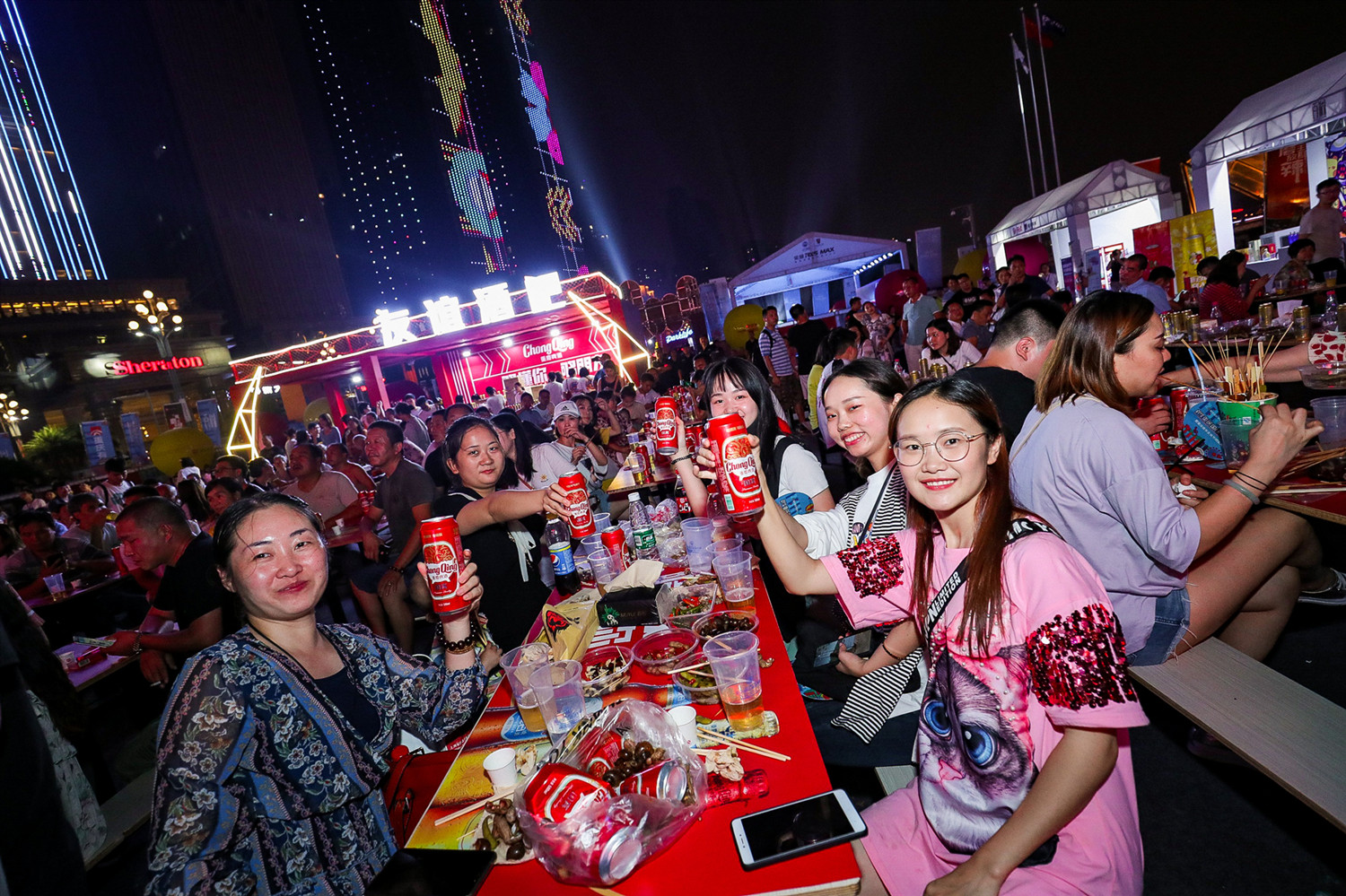