Chongqing- In the second installment of our vlog in Shuanglong, we visit the workshop of local artist Mr. Song Gongbai, who now runs a business selling handmade red maple leaf carvings with a team of business partners. Later, we travel deep into Anping Village to meet Mr. Liu Jingchun, who returned to his native Wushan County to set up a vineyard with the aid of a low-interest loan program. In and around our interviews, I time to explore the workshop and vineyards at my own leisure.

Our journey into Wushan County involved two overnight stays in the town of Shuanglong. From the late afternoon onwards, we had time to walk around the village, take a stroll down to the waters’ edge in the Lesser Three Gorges, and make an appearance on a communal square where locals congregate riverside over some light exercise, basketball, and even line dancing!

The days in Shuanglong began at the local government building and canteen. Before we set off on this day’s excursion, there was time to freely walk the corridors and film some of the offices, including one that specifically caters to the needs of Three Gorges migrants who relocated here.

Outside, a new bridge is visibly under construction in the direction of Bawu Gorge, and will eventually link the eastern and western sides of Shuanglong either side of the Daning River. The eastern reaches are still remote and underdeveloped due to the lack of transport infrastructure, but the new bridge will allow a transformation of this area and unlock economic potential for its residents.

Join in this latest vlog post from Shuanglong and explore the delights of this unique location in Chongqing! 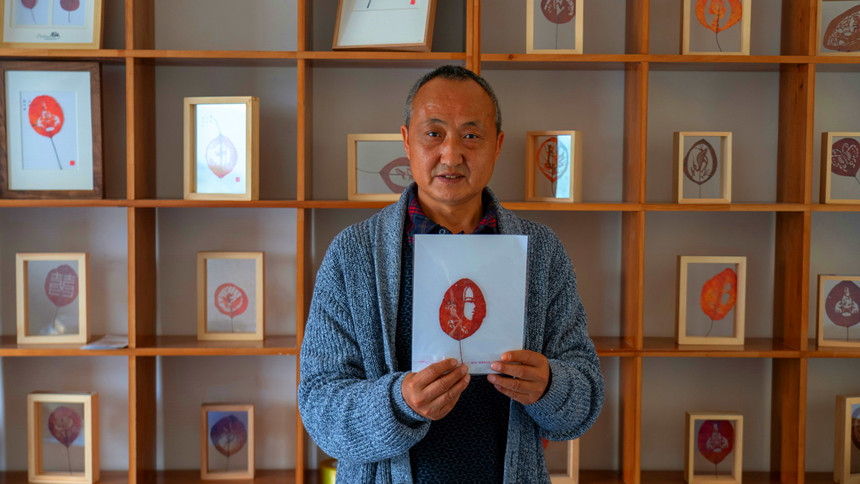 Mr. Song Gongbai began learning the craft of red maple leaf carvings back in 2018. He now creates and sells creative artwork as part of a local cooperative.